Addressing the Justice Department’s indictment of 13 Russian nationals on Friday, the general called Russian interference in the 2016 election “incontrovertible.”

“As you can see with the FBI indictment, the evidence is now really incontrovertible and available in the public domain, whereas in the past it was difficult to attribute,” said McMaster at the Munich Security Conference.

Despite the consistencies in tone, Trump criticized McMaster’s omission of phrasing that would have lent legitimacy to his presidency.

“General McMaster forgot to say that the results of the 2016 election were not impacted or changed by the Russians,” wrote the president over Twitter, adding that former presidential candidate Hillary Clinton and the powerful D.C. lobbying firm the Podesta Group colluded with the Russian government.

General McMaster forgot to say that the results of the 2016 election were not impacted or changed by the Russians and that the only Collusion was between Russia and Crooked H, the DNC and the Dems. Remember the Dirty Dossier, Uranium, Speeches, Emails and the Podesta Company!

The tweets asserted a similar narrative that Trump pushed Friday after the Justice Department’s indictments.

Echoing Deputy Attorney Rod Rosenstein’s announcement earlier in the day that no American had been a “knowing participant” in Russian interference, Trump conceded that Russia launched an “anti-US campaign,” but added that the “results of the election were not impacted.” 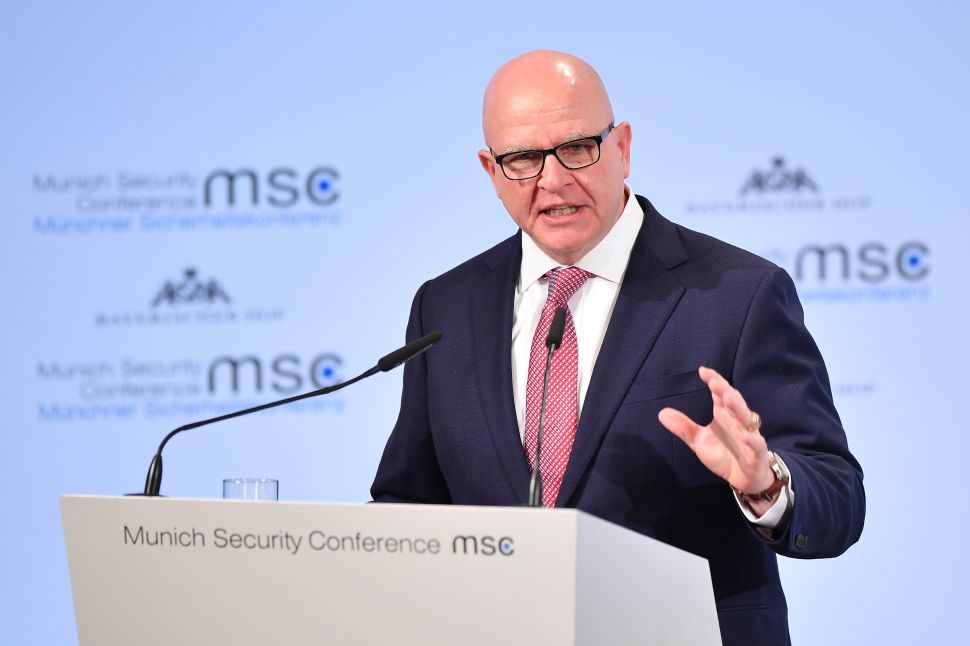