We learn by example, both what to do and what not to do. Sometimes we misinterpret signals and admire something we should deplore or vice versa. But with enough repetition, most of us get it right.

That’s why President Donald Trump’s inane behavior, in some ways, is probably good for us. When you look at a tweet like the one he sent Saturday night blaming the Florida shooting on the FBI’s investigation of his campaign’s possible collusion with Russia, your only reaction is “what a schmuck.” On one hand, to have a president with the intellect and maturity of a seven year old is embarrassing—and dangerous. On the other hand, he’s a great, shining, as-public-as-can-be example of exactly how not to behave.

I have a nine-year-old son. Nine-year-old boys, as I’m learning, tend to see life in stark contrasts: who has power, authority and strength, and who doesn’t. Even though my son proposed a military coup the other day when he asked why the army can’t just get rid of Trump (it’s tempting), he also understands that Trump’s behavior is consistently pathetic and unacceptable. And in a way, the bad example coming out of the Oval Office is teaching him to behave otherwise: to accept responsibility, not make excuses, and treat people with respect. This is not normally a lesson nine-year-old boys take in, but being nine in this particular day and age gives him a clear role model of what not to be.

Nine-year-old boys aren’t the only beneficiary. The #MeToo movement likely would not would have happened without Trump’s election. His behavior during his campaign led millions of people to protest, which led to investigations of how some powerful men behave in the workplace, which exposed widespread harassment in virtually every industry. This movement gave us dozens more examples of how not to behave, from Harvey Weinstein to Matt Lauer to Al Franken. As a result, the norms of acceptable behavior in the workplace are now changing for the better.

It’ll extend further too. When Trump refuses to acknowledge that weak gun laws play a role in mass shootings, the derision he receives sends a powerful message. Sure, hard-core NRA supporters aren’t going to change their minds, but every time Trump makes a mockery of logic and reason, it sends a signal to everyone that whatever he’s saying is wrong and they should do the opposite. The same will end up proving true for climate change, health insurance, and even immigration. Thanks to his lack of self-awareness, decency or reason, Trump is probably doing more to change our culture and our thinking than any president has in decades.

Of course we would rather learn from positive role models who demonstrate good behavior. But if it takes bad behavior to drive people to the right conclusions and actions, that’s not so bad either. Trump’s base isn’t going to change—the crazier he acts, the deeper their support grows. Partisan Democrats didn’t need Trump to serve as a cautionary tale. But most Americans aren’t hard-core Republicans or Democrats. Most Americans look at each issue, examine what each side is saying and doing, and then draw their own conclusions (unfortunately, most Americans also don’t vote in primaries, so their views are largely ignored). And when someone they find off-putting, scary, irrational and repulsive keeps demonstrating one course of behavior and one mode of thinking, it sends them in the other direction. In other words, despite his best efforts, Trump is inadvertently influencing more and more people to behave decently and think logically.

So on this President’s Day, it’s worth taking a step back and looking at where we are. This presidency is certainly unusual. It’s consistently awful and unquestionably dangerous. But by setting a clear example of how not to behave, it’s not completely useless. 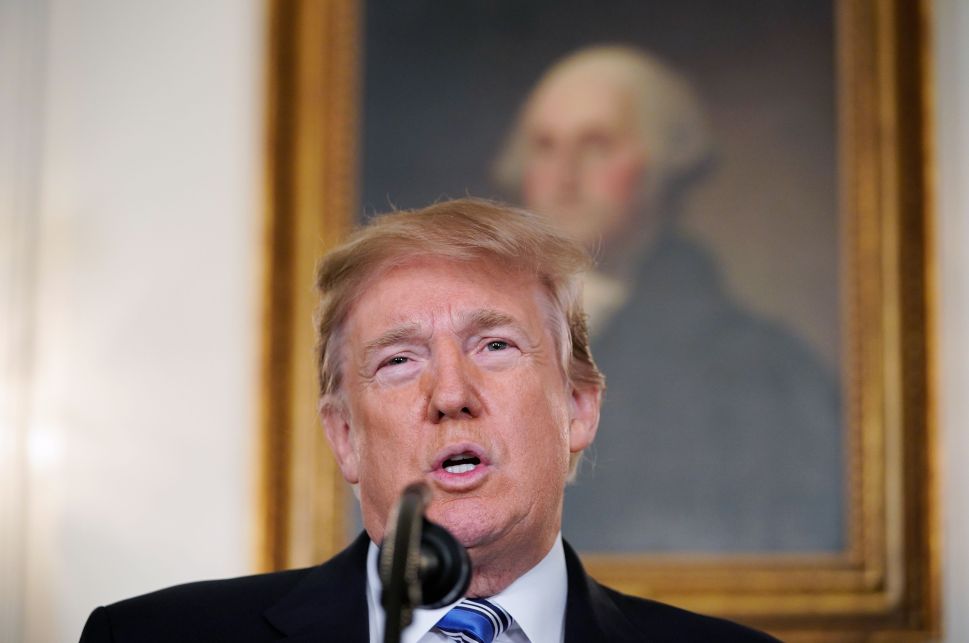