For Americans born after 1989, the past year has been unlike any other. For the first time in their lives, the nation has had no drug czar.

There are still numerous key vacancies in Donald Trump’s government more than a year into his administration—and in jobs that are far more important, including foreign ambassadorships. So the fact that there’s still no full-time director of the Office of National Drug Control Policy is not by itself notable or special.

However, the fact that Trump has struggled to find someone to lead the office in the midst of a record drug-overdose crisis—his one nominee, Rep. Tom Marino, had to drop out of contention after it was revealed he played an active role in making the overdose crisis worse—should tell you something.

Namely, it should tell you that the office is at best superfluous. More accurately, ONDCP is a drug war anachronism that’s well past its sell-by date.

ONDCP has failed because it is fatally flawed. Mercifully, the proposed budget Trump unveiled on Monday includes a 95 percent cut to ONDCP’s budget, shifting the money spent there to the Health and Human Services and Justice departments.

This would effectively kill off the office. Trump tried to do this last year, but Congress threw a fit and wouldn’t let him.

Faced with a redux and trotting out the same arguments, Congress will probably do the same this year, but it shouldn’t. It’s time for the ONDCP to go away, forever.

Created by the Anti-Drug Abuse Act of 1988—the same law responsible for the transparently racist mandatory minimum sentencing guidelines for crack cocaine—the ONDCP is nominally responsible for setting the White House’s agenda on drugs. Between 1993 and 2009, this role was considered such a big deal that the drug czar was a Cabinet-level position.

In this, its record is bad—abysmally bad. Not only have incarceration rates skyrocketed with no appreciable change in drug availability or potency over the past 30 years, but the ONDCP managed to miss the country’s opiate-fueled overdose problem until it became a crisis.

George W. Bush’s final National Drug Control Strategy, released in 2008, mentions the word “opiate” only three times. Barack Obama’s effort in 2010 was not much better—it mentioned “opiate” six times, while spending page after page harping on marijuana cultivation. Under Trump, ONDCP has yet to issue a national drug control strategy, missing a deadline to do so twice.

This could be because states have spent the last decade making an open mockery of ONDCP official policy. ONDCP is mandated by Congress from advocating a position that would violate the Controlled Substances Act. This would include any support for medical cannabis, even as states realize that marijuana is effective in managing pain and can also be used to ramp down or replace opiate use.

For ONDCP, it’s as if marijuana legalization doesn’t exist. The office has never lost a long-standing obsession with marijuana even as support for medical marijuana and legal cannabis access exploded across the country. Even Michael Botticelli, Obama’s last drug czar and the first drug czar to come from a public-health rather than a law-enforcement or military background, made his adamant opposition to cannabis legalization clear from the outset. This is itself another clear sign of ONDCP’s total failure.

“ONDCP since its inception has functioned primarily as an engine for the drug war,” Grant Smith, the deputy director for national affairs at the Drug Policy Alliance, told Observer. “When they created ONDCP, they were supposed to put out a strategy and a policy that’s research and performance based. Since its inception, by and large, ONDCP has not followed that mandate. They were obsessed with marijuana to the point where they missed the opiate crisis until it was blowing up in their faces.”

Aside from setting policy, ONDCP sprinkles money. Through ONDCP, grants from the local High-Intensity Drug Trafficking Area—in essence, a HIDTA is another wary to describe “a place where people live”; if you are reading this, you probably live in a HIDTA—are available to state and local law enforcement. More grants are available to drug-use reduction programs through Drug-Free Communities Act funding.

HIDTA spends part of that money creating studies that present flawed data. According to HIDTA, marijuana legalization in Colorado led to an increase in youth use—a finding no other study on the issue came up with. And the Drug-Free Communities Act is responsible for D.A.R.E., a program in which police officers were sent into schools to “educate” kids about the dangers and harms of drug use. D.A.R.E., too, failed miserably.

At least with D.A.R.E., educators and lawmakers realized they were wasting their time and our money and gave up. Not so with ONDCP. Last month, 10 Democratic U.S. senators, including Elizabeth Warren and Dianne Feinstein, sent Trump an official letter expressing their support for the office, saying it “plays a critical role in… the government’s response to the fentanyl, heroin, and opioid epidemic.”

Has it, though? Under Trump, next to nothing has been done to solve or even address the opiate crisis. Trump’s budget has more funding for building his border fence with Mexico and adding to the U.S.’ military capacity than it does to treating or preventing drug addiction.

“I think conceptually ONDCP has some merit,” DPA’s Smith added. “There’s merit to having an office in the White House focused on research best practices and policy and developing a national strategy. There’s value to having a strategy reducing harm associated with drug use. Unfortunately, that’s just not been the focus on ONDCP for the vast majority of its existence.”

Sometime this year, San Francisco will open the nation’s first supervised drug-injection facility. It had to do this without any help from the federal government. The few states that are seeing some relief from the opiate crisis happen to be the states where marijuana is legal—another common-sense “innovation” that came in spite of ONDCP.

Congress could create a useful and effective “drug office” if it wanted to. Congress could also ensure that the money Trump wants to spend on the border fence or a “brand-new nuclear force” go to health care or education. That would help solve America’s drug problem—something that for 30 years ONDCP has failed to do. It would be foolish to think that will change under Trump, or anyone else. Let the drug czar finally die. 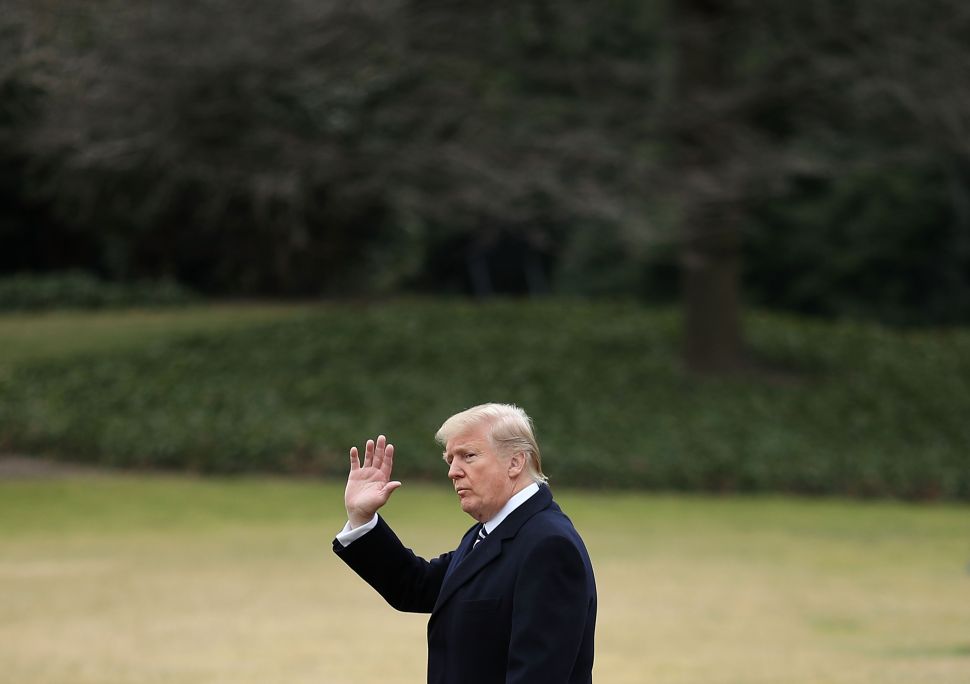