The H-1B work visa program, which grants qualified non-U.S. citizens the right to work in the United States for up to six years, is a policy that President Donald Trump has been eager to revise since taking office. Although Congress hasn’t taken any concrete steps to change the visa program, large organizations that regularly file these peititons are already being discouraged from hiring foreign talent.

According to the Office of Foreign Labor Certification data, eight of the largest banks in the U.S. (Bank of America, JPMorgan, Citigroup, Goldman Sachs and the like) filed 60 percent more H-1B petitions in 2016 than in 2013. Two-thirds of the petitions were for technology and engineering positions.

JPMorgan, the largest foreign worker employer of the group by headcount, submitted 2,237 work visa applications (including H-1B, H-1B1 and E-3 visas) for employees in 2017.

“The demand for these positions is definitely high. Everyone is looking for the right engineer,” Michael Nowlan, a lawyer representing H1-B workers and a co-leader of Immigration Practice Group at Clark Hill PLC, told Observer.

New H-1B applicants for 2019 will begin submitting their applications on April 1.

Nowlan predicts there will be fewer applicants this year due to the gloomy speculations around the U.S. immigration policies.

“Students who have studied in the U.S. are still likely to stay, but those who are merely considering working here will probably choose other countries like Canada or Germany,” Nowlan said.

“A lot of companies are opening up their companies in Canada, because they can hire these people and we can’t. That’s just silly for America to do that,” he said at the event.

People who are still interested in working in the U.S. will face tighter scrutiny this year.

On Thursday, the U.S. Citizenship and Immigration Services (USCIS) issued new guidelines to the agency’s visa officers, calling for closer examination on applications of employees who work on third-party worksites.

The new policy will directly affect large Indian outsourcing firms like Tata Consultancy Services (TCS) and Infosys, which often send workers from India to work on third-party sites on a contract basis.

On average, Indian nationals account for about 75 percent of all H-1B petitions; China makes up roughly 10 percent; and the rest of the world share the remaining 15 percent.

In 2017, the USCIS approved 74 percent of all H-1B petitions (including new applications, renewals and transfer cases), according to data from the agency. The approval rate is 13 percent lower than 2016 and the lowest since 2007, Observer’s analysis of the USCIS data shows.

Also on Thursday, the USCIS changed its mission statement to eliminate language that describes the U.S. as “a nation of immigrants.”

“U.S. Citizenship and Immigration Services administers the nation’s lawful immigration system, safeguarding its integrity and promise by efficiently and fairly adjudicating requests for immigration benefits while protecting Americans, securing the homeland, and honoring our values.”

And the old version:

“USCIS secures America’s promise as a nation of immigrants by providing accurate and useful information to our customers, granting immigration and citizenship benefits, promoting an awareness and understanding of citizenship, and ensuring the integrity of our immigration system.”

USCIS Director L. Francis Cissna, who was sworn in in October 2017, said in a staff letter that the new mission statement “clearly defines the agency’s role in our country’s lawful immigration system and the commitment we have to the American people.” 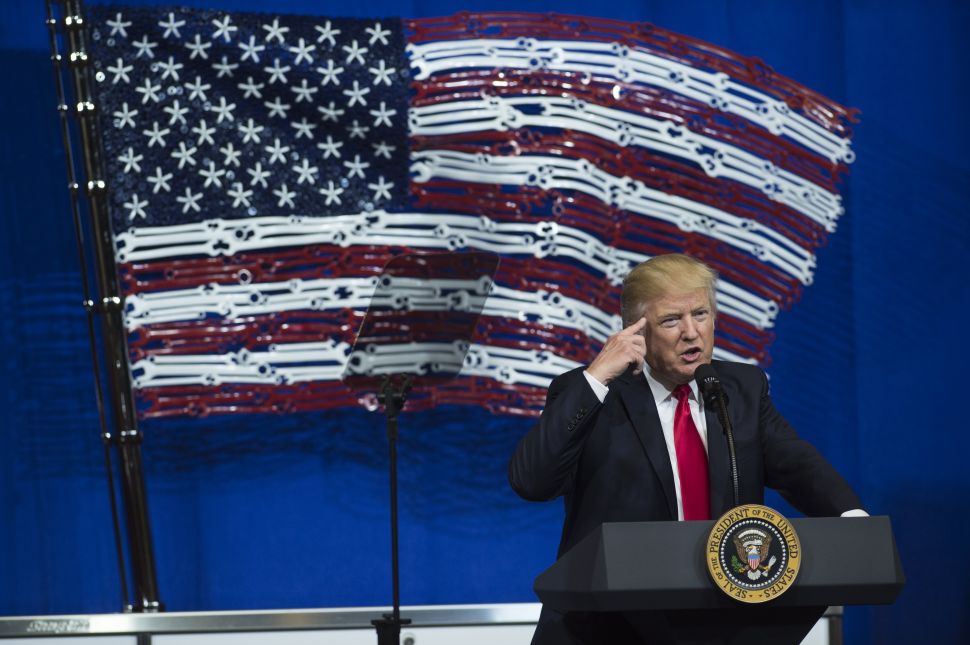