Manhattan District Attorney Cyrus Vance will decline to prosecute the majority of individuals who jump turnstiles in subway stations.

In June 2017, Vance announced that, starting in September, he would no longer criminally prosecute the majority of individuals charged with theft of services—also known as fare evasion—except in the case of a public safety reason.

If people completed the terms of a diversion program, Vance’s office would not prosecute the case and the individuals would not have to appear in court. Their records would also be sealed.

A spokeswoman for Vance confirmed the change to Observer.

“We are continually evaluating our policies and practices in order to advance our mission of criminal justice reform alongside our primary mission of public safety,” Chief Assistant District Attorney Karen Friedman Agnifilo said in a statement provided to Observer. “Today marks the next step in our ongoing work to reduce inequality and unnecessary incarceration by ending the prosecution of low-level, non-violent offenses and offenders that do not pose a risk to public safety or belong in our criminal courts.”

Vance’s office said the NYPD was continuing to make more arrests than Vance would have preferred given that they disproportionately target people of color and low-income New Yorkers, according to POLITICO, which first reported the shift on Thursday.

Activists in the Coalition to End Broken Windows fighting against broken windows policing—a method that targets smaller crimes to prevent larger ones—had blasted Vance’s initial move in June on the grounds that his alternatives of civil summonses and community service would still burden communities of color.

A spokeswoman for Brown told Observer his office is continuing to study the issue. Spokespeople for Clark, Gonzalez and McMahon did not immediately respond to requests for comment on Friday.

But following Vance’s announcement in June, Gonzalez said he would adopt the same policy in Brooklyn. And in August, he announced he was moving to dismiss 143,532 summons warrants that were issued 10 or more years ago. The warrants stemmed from failure to pay a ticket for a minor infraction, subjecting people to arrests and other adverse outcomes.

McMahon, for his part, declined to participate, arguing the program is “unfair” to people who show up to court for their summonses.

Queens Councilman Rory Lancman, who heads the City Council’s newly formed Committee on the Justice System, called Vance’s new step “smart policy” and argued the city can hold people accountable for fare evasion by issuing an MTA civil summons instead of “running them through the criminal justice system.”

“We know that fare evasion arrests have disproportionately impacted brown and black New Yorkers, and the consequences can be significant: a criminal record, time on Rikers Island and potentially deportation for some,” Lancman said in a statement. “The thousands of arrests that are made every year for subway fare evasion waste valuable law enforcement resources and clog our court system.”

This story has been updated to include a comment from Brown. 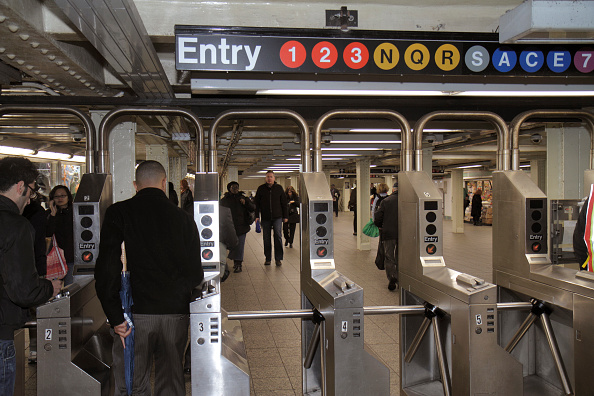