With last week’s announcement by Iraqi government officials of a drawdown of United States troops in Iraq, despite reports of ISIS’ continued presence in the Levant region, there are concerns the withdrawal could repeat a mistake made by the Obama administration in Afghanistan.

Following Baghdad’s recent declaration of victory over ISIS and President Donald Trump’s highlighting of the U.S.-backed coalition’s liberation of “almost 100 percent of the territory” once held by ISIS in Syria and Iraq in his State of the Union Address, an Iraqi government spokesman told Reuters on February 5 that U.S. forces have begun reducing their numbers in Iraq.

One day earlier, however, The New York Times reported that ISIS fighters are escaping from U.S.-backed coalition forces in eastern Syria. While many ISIS fighters remain cornered by U.S.-backed coalition forces in small pockets of central Syria, the Times reports that many fighters are escaping into Western and Southern Syria and are forming communication channels with insurgent leaders. Other escaped fighters are reportedly joining forces with Al Qaeda’s branch in Syria, and still others are fleeing to Turkey.

“This is just the end of the beginning. We are entering a new phase of the fight. Jihadists are going underground, dispersing to other safe havens, including on the internet, and returning to their home countries,” Secretary of Homeland Security Kirstjen Nielsen said last week.

Despite having lost most of its territory, ISIS appears to have adapted, implementing more asymmetric tactics such as suicide bombings and maintaining underground communication networks. Thus, there are concerns that a withdrawal of troops from Iraq could prove to be a mistake similar to the one made by the Obama administration in its approach to defeating Al Qaeda in Afghanistan.

“We’re on a path to Al Qaeda’s destruction, and the president has committed that we’re not going to rest until Al Qaeda is destroyed as an organization in the Afghan-Pak area, as well as in other regions of the world,” John Brennan, President Obama’s former chief counterterrorism adviser, told CNN in 2012.

Six years later, however, Al Qaeda still controls parts of Afghanistan and has branches in several other countries, including Iraq and Syria.

Trump acknowledged in his State of the Union Address that the fight against ISIS is not over, saying “there is much more to be done” and that the United States “will continue our fight until ISIS is defeated.”

Nevertheless, Iraq is using its declaration of victory over ISIS as an explanation for the U.S.’ withdrawal of troops.

“The battle against [ISIS] has ended and so the level of the American presence will be reduced,” said Saad al Hadithi, an Iraqi government spokesman.

The drawdown also comes following the release of the National Defense Strategy, which outlines the Trump administration’s recent shift away from counterterrorism and toward “inter-state strategic competition.”

However, despite ISIS’ continued presence in Syria, some experts say the drawdown is the right move.

Charles W. Freeman, Jr., a senior fellow at Brown University’s Watson Institute for International and Public Affairs and a former assistant secretary of Defense, told Observer that the necessity for American troops is fading in Iraq, especially with the expulsion of ISIS from the country. Freeman said ISIS was a direct product of American intervention in Iraq and that turning over responsibility for dealing with the group in Iraq to Iraqi officials is the correct decision.

“ISIS found fertile ground in the anarchy that bungled U.S. regime change policies produced in Iraq. If that anarchy is now being replaced by the reemergence of an effective central government in Baghdad with the ability to reestablish and maintain order throughout the country, then both the conditions for ISIS to flourish and the need for continued U.S. military intervention are disappearing,” Freeman told Observer.

However, Freeman also acknowledged that ISIS still poses a threat and that the only long-term solution to dealing with the group is the Iraqi government’s ability to sustain control in that country.

After controlling nearly one-third of Iraq and most of eastern Syria, ISIS has been forced out of most parts of its former territory by the U.S.-backed coalition.

However, with the recent assault by the Turkish military against Syrian Kurdish forces in the northern Syrian district, the deconcentration of resources committed to containing ISIS by U.S.-backed Kurdish forces has allowed ISIS fighters to slip through Kurdish lines and seek refuge in other areas of Syria.

At a coalition gathering in Kuwait, Secretary of State Rex Tillerson acknowledged that ISIS remains a threat to the region and that the group has adapted to its loss of territory and the pressure put on it by U.S-backed coalition forces.

“Without continued attention on the part of coalition members, we risk the return of extremist groups like ISIS in liberated areas in Iraq and Syria and their spread to new locations,” said Tillerson.

Tillerson also emphasized the need for stability in Iraq and Syria in order for ISIS to be eradicated.

“If communities in Iraq and Syria cannot return to normal life, we risk the return of conditions that allowed ISIS to take and control vast territory… History must not be allowed to repeat itself elsewhere.” 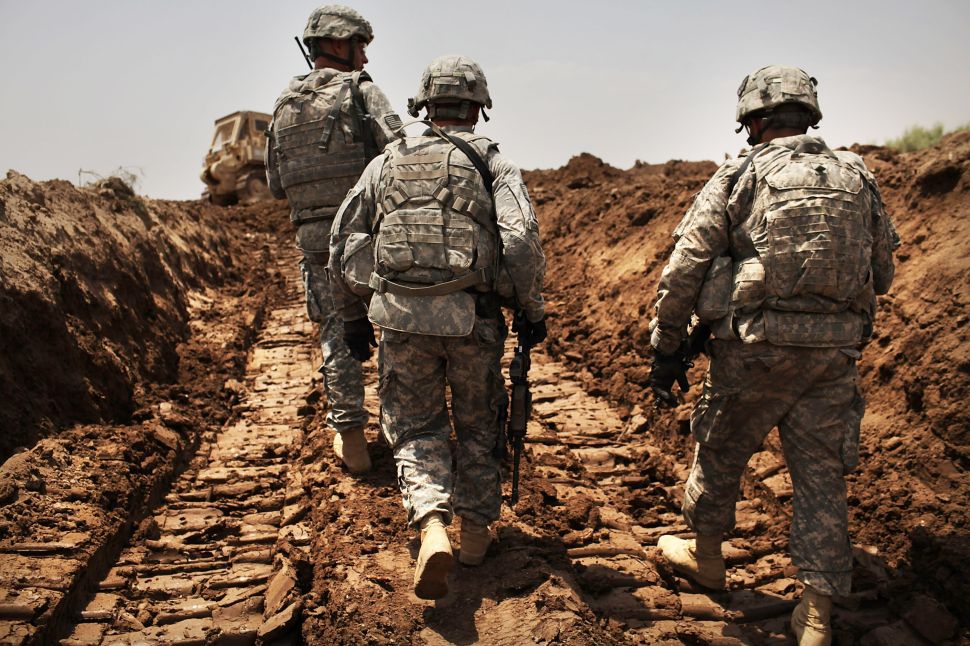