Walmart’s ambitious plan to shift the focus of its $500 billion operation from brick-and-mortar to e-commerce hit a surprising bump in the 2017 holiday season, the company’s latest financial reports revealed.

In Tuesday’s quarterly and full-year earnings release, Walmart reported a quarterly revenue of $136.3 billion, a slim four percent growth from the same period last year, and $4.47 billion in operating income, down by 28 percent year over year.

Most notably, Walmart.com sales slowed down significantly from previous quarters.

For the fiscal quarter which ended January 26, 2018, e-commerce sales in the U.S. grew by just 23 percent, less than half of previous quarters’ growth rates. (Walmart combines physical-store and online sales for non-U.S. markets in the report.)

“We had a few operational issues from an inventory replenishment perspective,” Walmart’s CFO Brett Briggs told Bloomberg without discussing details.

By no surprise, inventory is the most critical link in any retail supply chain.

Some observers say it’s too soon for investors to panic.

For one thing, according to sales volume alone, Walmart is still twice the size of Amazon, which gives it the strong advantage of size. In addition, thanks to a blistering expansion in the first three quarters, Walmart’s e-commerce unit recorded a 44 percent increase for the whole year.

Some of Walmart’s e-commerce acquisitions proved to be worthy bets.

Jet.com, for example, which Walmart acquired for $3 billion in August 2016, was a major booster for e-commerce in fiscal year 2018.

Moving into fiscal 2019, Walmart expects the e-commerce unit to grow by 40 percent. McMillon said that expanding the online presence of grocery, which accounts for more than half of Walmart’s total sales, will be key.

Walmart is also preparing to launch a new website this year, with a focus on fashion and home goods, which will offer a potentially profitable differentiation from the price war-ladened electronics and home appliances sector. 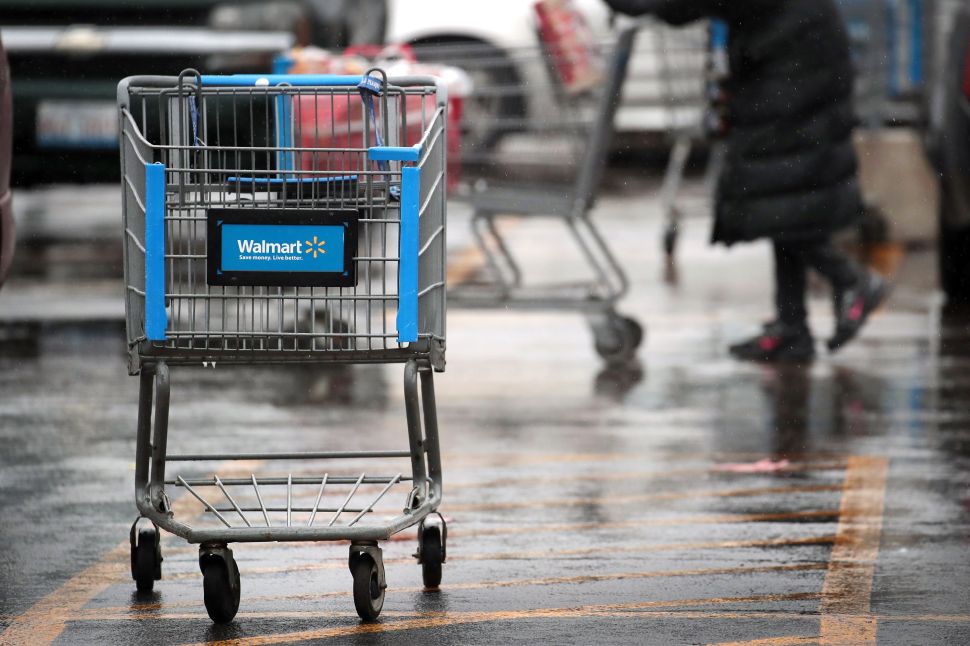