If you’re a Democrat in Missouri, the last few years haven’t been kind to you. The Governor, the Lt. Governor, one Senator, the Attorney General, the Secretary of State, the State Treasurer, and super majorities in both the State House and State Senate—they all belong to Republicans. To the shock and dismay of many Missouri Democrats, Donald Trump won Missouri by a whopping 19 percent.

So what’s a frustrated Missouri Democrat to do? Of course: Find a liberal circuit attorney to indict a sitting Republican Governor on, at best, a flimsy legal pretext.

I am not defending the Governor’s personal actions—an affair that he has already admitted was a mistake—but any fair reading of the facts of this indictment point to this being a political hit job, not an iron-clad legal case. In fact, this might be the prime example of what happens when liberals infect the legal system: it seems Kim Gardner’s politics may be driving this indictment.

She isn’t just a Circuit Attorney who happens to be a Democrat. She’s avowedly anti-police and anti-law enforcement—and she’s taken tens of thousands of dollars from George Soros, who has supported anti-law enforcement attorneys around the country. Gardner’s own beliefs and that money are clouding her judgment.

In this specific case, her misjudgment is plain for all to see. Ordinarily, a public prosecutor’s job is to get justice for the wronged. With the indictment against the Governor, she has a case with no client—no one on whose behalf she’s pursuing justice. The woman at the center of all of this has asked for privacy. She’s said she wants it all to go away. The information about this issue—a recording made secretly by her aggrieved ex-husband—was released without her consent, and from the beginning of this whole sordid mess, she has asked for the world to bugger off and kindly leave her and her children alone.

That fact is important: Kim Gardner decided of her own accord to bring this action against the Governor. So we’re left to conclude that this taxpayer-funded show trial is simply the work of an overeager, liberal prosecutor trying to score some points with Democrats (and moderate Republicans).

Hence the fishing expedition: During the course of the several-week long investigation, her focus has changed as many times as there have been weeks. One minute, she’s looking into alleged blackmail. The next, she’s investigating campaign activities. The next, she’s looking into how the Governor’s office uses its cell phones. Quick guys, she seems to be saying, find me something to go on.

What’s worse: she’s even gone around the police in her investigation. As anyone who has seen even one episode of Law & Order knows, prosecutors and police work together to bring down criminals. In this case, the prosecutor has decided that police weren’t fit for the job: instead of using police investigators to look into the allegations against Governor Greitens, Kim Gardner hired a private security firm to conduct the investigation. She won’t release who is paying for this firm or how much it’s costing taxpayers. This is highly irregular: someone from law enforcement not trusting others in law enforcement to do a basic job they do every day.

Let’s be honest: This isn’t the pursuit of justice. It’s a witch hunt from by a liberal prosecutor run amok.

If this were her only troubling case, it might be forgiven. But it’s only the latest in a series of serious blunders. In the last year, her office has been losing staff, wrecking cases, and even conflicted itself out of cases. To advise her office, she hired an attorney who, it turned out, had been stripped of his law license. One former employee, speaking to the St. Louis Post Dispatch, simply said: “There’s trouble in the office.”

Trouble, indeed. Gardner has upset police officers and law enforcement officials throughout the state with her misconduct. In one incident, a St. Louis judge was forced to disqualify her office from pursuing a police shooting case, because she was prosecuting the defendant and investigating whether the shooting was justified—at the same time. You need neither a law degree nor time as a prosecutor to know that’s ridiculous. Apparently, Kim Gardner needed a judge to remind her of basic prosecutorial standards.

The indictment of the Governor is an unfortunate case all around, but it’s exactly what the liberal media wants. It means ratings and clicks for them, all at the expense of the truth, and it means liberal prosecutors trying to get a win in a state that’s opposed to them politically. Frustrated Missourians, and Americans, who still believe the truth matters should stand up for the Governor and oppose this show trial. Kim Gardner is pursuing politics of the very worst kind, and it’s time to call this charade what it is: an abuse of power by a liberal prosecutor and a miscarriage of justice.

Cindy O’Laughlin lives in Northeast Missouri and is a leading voice amongst conservative activists in the state. 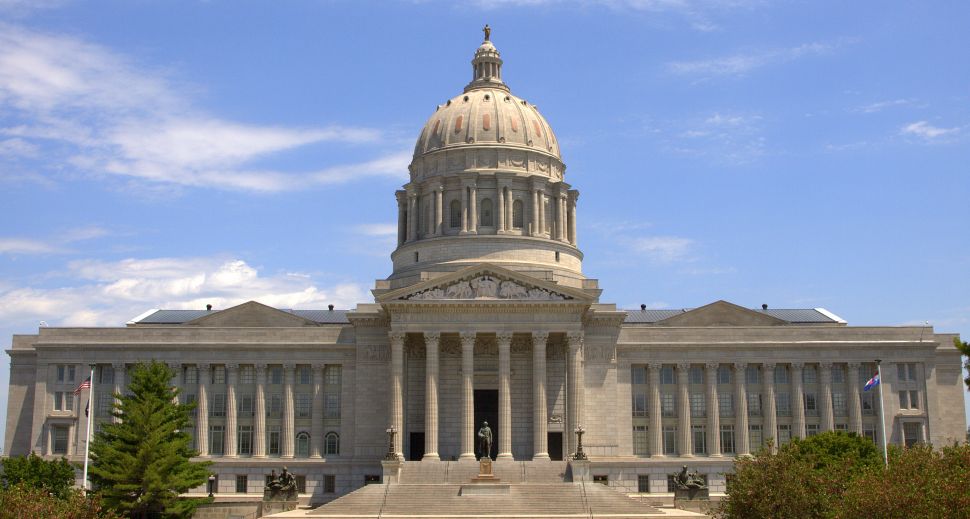