Last July, right before I left New York to embark on my year of solo travel, I went for a farewell dinner with my best friend. We were at Rosemary’s on Greenwich Avenue and I distinctly remember being seated next to the World’s Unhappiest Couple. He was handsome, she was beautiful, they appeared to live together in the West Village and clearly had decent taste in restaurants—and they did not utter a single word to each other all night. Instead, they spent all three courses staring blankly into the fluorescent glow of their phones.

Sadly, this was not the first time I had witnessed a situation like this. Look around the next time you slide into a banquette at any restaurant in New York and you’re bound to see at least one or two tables more interested in scrolling through Instagram than talking to each other. I’ll admit, I have been guilty of this in the past. And especially now that I’m a solo-traveling wandering gypsy, it can often feel like my phone is my only lifeline to my life back home. If I don’t stay on top of my social media, everyone will think I’ve dropped dead or disappeared into thin air, right?

So last December, when I boarded one of Quasar Expeditions’ sailing trips through the Galápagos, I was thrilled at the prospect of not having any cell phone service or internet for the weeklong journey. Okay, maybe “thrilled” isn’t the right word. It’s more along the lines of “breaking into a nervous sweat at the thought of not posting an Instagram or answering an email for eight days.”

Luckily, I was blissfully unaware of this lack of phone service until about 24 hours before I flew to Ecuador, the revelation of which left me just enough time for me to spiral. Set up the Out Of Office message…Text everyone that I won’t be reachable… Call mom… The day I spent in Quito before my boat departed were spent glued to my phone and laptop screens, regrettably. Then I took a quick flight over to the Galápagos, boarded the M/V Evolution, and as the boat pulled out into the Pacific I watched my service go from five bars, to four, to three, to two, to one. And then, none.

After a week off the grid and out to sea, I have to say, I quite enjoyed the digital detox. Yes, there were the obvious things that people always talk about: being more present, having better conversation and so on. But a few things happened during that week that surprised me.

I really connected with my fellow shipmates. During my year of solo travel, there have been surprisingly few times when I’ve been truly alone. And while I always try and put myself out there and make new friends along the way, I have to say, being on a boat with twenty strangers for a week, where none of us had access to the outside world was a transformative experience. When we boarded the Evolution, I will be the first to admit that I doled out more than a few judgy glances. The pessimist inside of me kept thinking awful thoughts like, “Oh great, a middle-aged couple from Colorado and a dentist from Baltimore. We’ll have nothing in common.”

Since I didn’t have my phone to preoccupy my attention, I was forced to engage with new, and different types of people—even with those whom I assumed I would have nothing in common. As it turns out, that dentist from Baltimore is best friends with the father of one of my ex-boyfriends from New York! And apparently, my ex was not out of the closet to his family in Baltimore. Luckily the dentist was also without his phone, so the news didn’t manage to leak until the end of the trip.

Days felt longer, in a good way. While I was living in New York, I continually found myself in a state of saying, “There just aren’t enough hours in the day…” Without the internet to distract me, my days on board the Evolution started to feel delightfully long. I could wake up peacefully without frantically lunging for my iPhone to check Instagram. I could take coffee on the ship’s deck before breakfast; I actually had time to write. When you’re constantly checking your phone for updates, it can feel like just thirty seconds here and thirty seconds there, but clearly, those seconds were adding up and taking away substantial chunks of my time.

I was more relaxed than ever. After two days of crushing anxiety about what was happening in the outside world—Trump! North Korea! Bella Hadid selfies!—I started to let go. My mood was markedly calmer and I was able to appreciate that Galápagos trip on a deeper level. Without the ability to check on every little thing happening elsewhere, my biggest problems became whether I should snorkel in the morning and hike in the afternoon, or hike in the morning and snorkel in the afternoon. I was able to focus on the sunshine, the warm and the extraordinary wildlife.

My eyes felt better. As someone who wears contact lenses every day and makes a living staring at Word on a computer screen, I put my eyes through a lot. The most unsettling part is that dryness and passing headaches had become so routine in my life that I didn’t even notice them anymore. During my week off-the-grid, my eyes felt noticeably more comfortable. In other words, they felt how they are supposed to feel.

Nobody at home really missed me—or noticed. Upon returning to the mainland, my inbox was pretty full, but not overflowing and certainly not littered with the urgent “where are you???” emails as I had anticipated. In fact, when I FaceTimed a friend back home and breathlessly explained that I was back on the grid, she cut me off and asked, “Wait a minute, you were gone?”

Coming back onto the grid taught me something about how we use social media. Over the next week on Instagram I deployed some pictures from the Galápagos, not explaining that they had actually been taken the week before. My friends’ comments poured in, none of them aware that I had just undergone a digital detox—not one of them understood that I wasn’t actually in the Galápagos anymore. It was a minor thing (who really cares if I was there this week or last?) but it made me uneasy. What they were seeing wasn’t the reality. They were seeing a weeklong roll-out of carefully curated, cropped and filtered images. The poet John Keats famously wrote, “Beauty is truth, truth beauty,” and I have to agree.

Most of all, my digital detox underscored the falseness of social media to me; ever since that week without internet, I’ve noticed that I am much quicker to text or call a friend than to leave a witty comment on one of their posts. Hey, at least it’s an improvement of some sort. 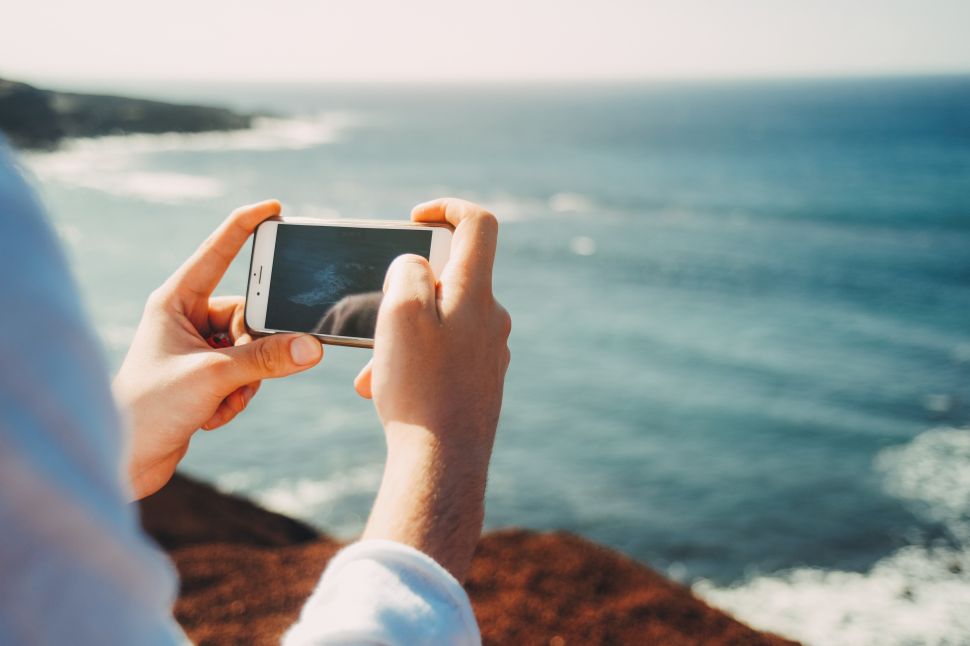