It’s no secret that venture capitalists play favorites. More than 76 percent of VC investments in the United States go to five core industries, with software and biotech being particular darlings of the investment world. Companies like Google and Facebook have whet investors’ appetites for massive returns on tech companies, and now, everyone wants to get in on the next big thing.

Chasing the hottest tech investments makes sense at first glance. For VCs, private bets tend to be binary: They’re either big wins or total losses. But the hyper-focus on unicorns in specific sub-sectors of technology leaves promising companies in other categories in the shadows, and retail investors risk financial losses by not better diversifying their portfolios.

Yes, it would be nice to back the next big success story. However, most companies hailed as “unicorns” are far less profitable than we realize. Research shows the 20 top unicorns are overvalued by about 27 percent, meaning they may be even more mythical than we think. Considering how rare true tech unicorns are — and how unlikely they are to reach liquidity events — betting on glamorous tech investments is not a winning strategy for most people. And seeing how rare it is for unicorns to get to liquidity events, even if investors do see returns, they’re likely to be locked in private investments long term.

It’s not just the potential for mammoth success that attracts VCs to technology companies. When investors take stakes in private companies, they typically have significant domain expertise to evaluate the organization’s potential. Unlike publicly listed companies, there’s no liquidity in a private business — investors must be committed for the long haul if they want to see returns.

To ensure they make money on the deal, VCs often leverage their own industry relationships to help their portfolio companies succeed. Of course, their strongest relationships are those from their own fields. Based on the way the VC community has grown, with such a strong foothold in the Silicon Valley, that often means further narrowing their focus to high-profile tech companies.

The flashiest, most innovative tech companies tend to grow quickly and attract a lot of attention, including in the media. Niche tech publications and mainstream outlets alike rush to report on major valuations, impressive fundraising rounds, and skyrocketing user bases, further driving interest in the most prominent companies.

For example, the incredible pace at which WhatsApp and Snapchat scaled generated a great deal of media coverage, which made them even more attractive to investors. But part of the reason that these investments receive so much attention is because VCs only cut big checks a handful of times a year. Most companies, tech included, will never make it through the doors of a VC firm, let alone gain millions in funding.

VCs invest for a living; it’s their job to go after the billion-dollar bets and identify the next tech titan. And they aren’t betting with their own money — they’re typically paid a generous salary and participate through a carried interest in the success of a fund. This incentivizes them to take big swings, as opposed to responsibly betting on strong management teams.

If you’re a VC, you want to concentrate on companies within your area of expertise because you must be able to defend your investments and ensure their success.

But if you’re a retail investor trying to supplement your regular income, you don’t need to focus your investments in your field. You can — and should — build a diversified portfolio that balances everything from real estate to dividends to speculative high-growth ventures. Diversity will help you hedge against major losses, especially if you’re looking to participate in the early stage returns of a company before it’s profitable, which is inherently more risky.

This brings to light another issue: These businesses might add users by the tens of thousands, but many of them aren’t profitable. The trend to fund companies at all costs hasn’t been matched by a push to get these companies to profitability.

Most companies will never grow into their numbers, and investors will eventually realize that public markets can’t support the valuations they paid. When that happens, VCs can force the sale of the business and walk away with some portion of their initial investment — while the common shareholder will have little to nothing to show for theirs.

As a retail investor, you don’t necessarily want to follow in VCs’ footsteps. Not only will you risk major losses, but you’ll also miss out on other economic trends that merit attention. Software companies may be in vogue, but there’s a whole world outside of Silicon Valley, and retail investors would be wise to pay attention to it.

Betting on the Dark Horses

Interestingly enough, the dark-horse investments that are worth watching today fall within some of our most traditional industries. While cutting-edge technologies such as cryptocurrencies have enraptured VCs, commodities, agriculture, manufacturing, and transport companies still largely comprise the backbone of our society.

These less glamorous industries promise long-term benefits, even as software companies rise and fall. Just think back to MySpace: When the early social media platform was valued at $12 billion, no one could have predicted how the rise of Facebook would send that number crashing down.

When looking at dark-horse industries, focus on the manufacturing and commodities required to run our society — and keep in mind that the realm of technology extends well beyond social media platforms and SaaS companies. By identifying and investing in the underlying systems that power mainstay industries, you can still back new technologies without the same risk.

Take the trucking industry, which represents a significant portion of the American economy. According to the U.S. Department of Transportation, 1 in 7 jobs in the United States is transportation-related — be it directly or indirectly in manufacturing, service, or roadside hospitality roles.

With Tesla promising to deliver self-driving electric semi-trucks, we can expect significant economic upheaval. The expansion of the electric vehicle movement into the trucking industry shows that 20 years after the release of General Motors’ storied EV1 model, this technology is finally becoming mainstream — and it’s poised to disrupt one of America’s largest employment sectors.

We may not know who the main players will be in the electric vehicle race, but we do know that they’ll need the right resources to build and charge their cars. Investing in resource extraction of copper that will be needed to transport energy from charging stations to electric semi-trucks may be a safer long-term bet than investing in eco-friendly car companies.

Such resources are used in everything from jewelry to smartphones to power systems, proving the industry’s ongoing relevance to both consumers and investors. Mining may not be top of mind as a modern-day success story, but it’s fundamental to some of the latest products being designed and purchased around the world.

Recent attention continues to shift toward clean and renewable energy, especially following the Norwegian central bank’s recommendation that its government divest its shares in oil and gas businesses. Innovative, efficient strategies are in demand, and Canada is delivering.

Companies like British Columbia-based General Fusion are developing emission-free, reliable, and cost-effective energy sources, and the global appetite for these solutions is growing. Last year alone, China invested over $88 billion in clean energy — $30 billion more than the United States.

Few investors are considering the long-term environmental implications of latest hyper-growth industries like blockchain and marijuana. Oregon has seen a huge increase in power consumption since legalizing marijuana, and bitcoin mining has resulted in similar impacts around the world.

The huge upswing of support in clean energy initiatives is evident, yet many are turning a blind eye to implications of these specific trending industries — and skewing their portfolios to be less sustainably-focused as a result. Given the increased energy requirements for these new industries, we should expect to see increased demand for clean energy and the infrastructure to support it.

By looking beyond the hype, retail investors can make sound investments in less media-crazed industries that have proven timeless success and better align with their individual values.

The Long View Is the Lucrative View

The best strategy you can take as a retail investor is to watch the disruptive spaces and identify which materials and resources those industries will need as they grow. By making savvy bets like this, you insulate yourself from volatility and gain exposure to broader growth segments.

There’s an old gold-mining analogy that says you can be the guy who’s digging the gold or the one who’s selling the shovels. Investors who direct their money into these dark-horse industries are the ones with the shovels — and that’s a valuable position to have.

Brady Fletcher is the managing director of TSX Venture Exchange. 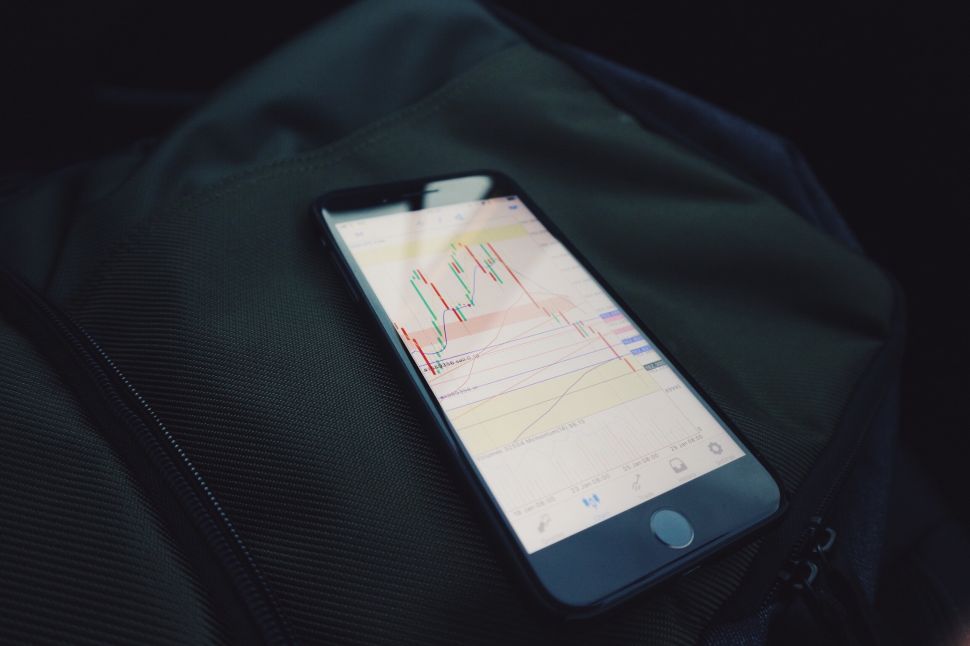