There’s a veritable surplus of art to see in New York as Armory Week gets underway, bringing nearly a dozen art and design fairs—and all their related events and parties—to the already art-packed island of Manhattan. But there’s no need to brave the frenzied fairs to see some of the freshest work out there. We’ve scouted the fiercest gallery shows on view this week that you can visit, no VIP pass or entry fee required. This year, it seems that New York City galleries have largely chosen to put solo shows by women front and center during Armory week—arguably their most important exhibition dates of the year. Changes in the wind, perhaps?

Levy’s centerpiece for her first show with Clearing is a mesmerizing and mildly pornographic—if not viscerally moving—video of manicured nails digging pearls out of the soft, fleshy bellies of giant yonic oysters, a commentary on the capitalistic fetishization and corresponding exploitation of luxury lifestyles and lady parts. Get in before this one closes, you won’t want to miss being able to weigh in with your take on Levy’s pearl diving during Armory conversations.

The Spanish artist evokes a kind of primordial ritualism in her new 18-channel video installation, in which she diaristically writes one word once a month for two years, in a red liquid—menstrual blood?—on her bathroom mirror after showering, prompting the question of what means to be cleansed.

The strength of this show is its felt lounge in which the 32-year-old Chinese-born artist covers an entire gallery from floor to ceiling—and on floor and ceiling—with fabric squares in varying shades of flesh-tones. Each is emblazoned with a single sentence describing a unique but unremarkable moment in time or person in passing. Cafe folding chairs and bistro tables in the space invite visitors to sit down and essentially “people watch.”

Williams made a name for herself in the 1980s with her figurative, feminist sexual imagery. Her first show at Skarstedt features 15 large format paintings from 1997–98, a transitional time in her formidable career when she moved toward pure abstraction, subverting the male-dominated tradition of AbEx made famous by major mid-century artists like Jackson Pollock and Mark Rothko with bulbous, swirling boob forms, gesturally curvaceous lines and bright Pop colors.

Carrie Moyer "Pagan's Rapture" opens today. Please join us for the reception and the artist will be present from 6-8pm tonight. New catalogue available with an essay by @mia.locks 💕#carriemoyer #dcmooregallery

Hot on the heels of her inclusion in the 2017 Whitney Biennial, Brooklyn-based Moyer is taking New York by storm this spring, with concurrent exhibitions of her kaleidoscopic abstract canvases washed and stained with vibrant colors. Take advantage of this rare two-for-one deal by heading to DC Moore’s “Pagan’s Rapture” and Mary Boone’s “Seismic Shuffle” in Manhattan.

For her first U.S. solo show, Norwegian photographer Anja Niemi explores the mythic American West. Her latest series of images, “She Could Have Been a Cowboy,” features an anonymous blonde woman decked out in retro western wear, alone save her horse and a map as she braves and arid expanse of land that once beckoned with promises of a manifestly better destiny.

Another Whitney Biennial stand out from last year thanks to her crisply constructed yet seemingly casual photos of the black lived experience, Lawson’s first show with Sikkema Jenkins & Co. presents a brand new body of work. It’s the outgrowth of the artist’s travels to South Carolina, Swaziland, Jamaica, and South Africa—as well as her explorations of her own Brooklyn neighborhood—in an effort to capture a fragmented black identity across the African diaspora.

Born in Austria in 1935, Kogelnik moved to New York in the 1960s where she created a unique Pop aesthetic integrating science and technology visual references. Simon Subal’s presentation chronicles the late artist’s work from the ’70s and ’80s, when Kogelnik became active in the growing Women’s Liberation Movement and began exploring the sexist depictions of women in media.

One of the few women to rise to international prominence in modern sculpture, Hepworth is the grande dame of modernism—quite literally, since she was knighted by the Queen for her contributions to British art. Featuring 25 sculptures as well as a handful of paintings, Pace’s career-spanning show marks the first presentation of her work in the U.S. in nearly 20 years. 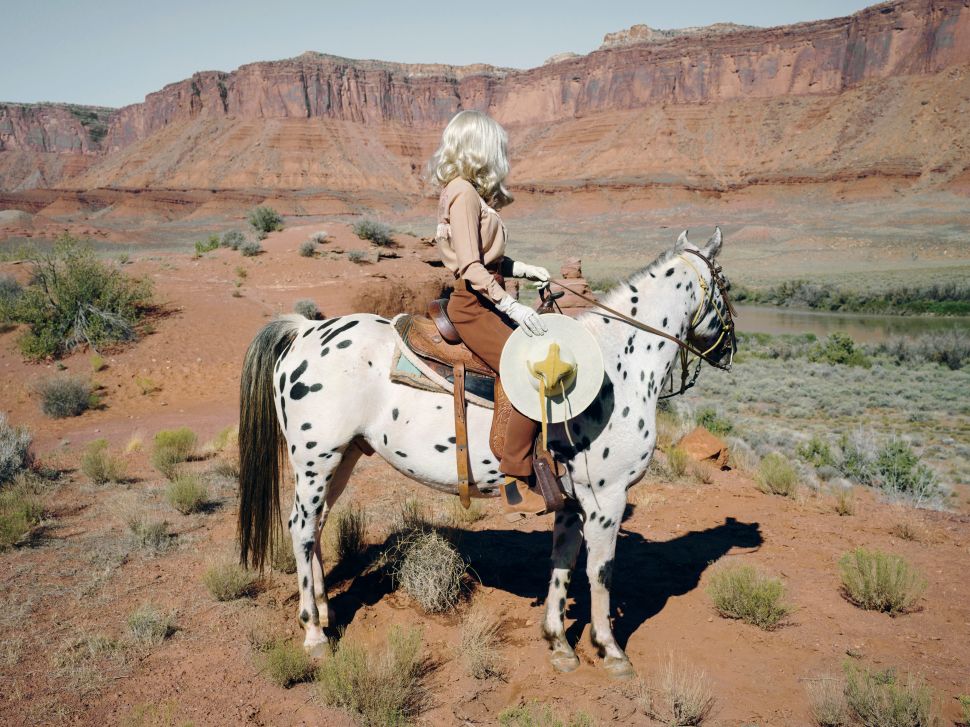