On Tuesday a special election will be held in the South suburbs of Pittsburgh to fill the Congressional seat vacated by the resignation of Tim Murphy, the eight-term Republican mainstay. Donald Trump beat Hillary Clinton in the district by 20 points.

The Democrat, Conor Lamb, is in striking distance and just may defeat the Republican, Rick Saccone. I grew up in the district and now live a few miles away. I hate to burst everyone’s we-gotcha-this-time-Trump bubble, but the possibility of a Lamb upset has very little to do with the president.

There is a large Republican elephant in the room and it is not Trump. It is Tim Murphy. During his divorce proceedings last year, a text message exchange between him and his mistress was published by the Pittsburgh Post-Gazette.

The mistress wrote to Murphy: “You have zero issue posting your pro-life stance all over the place when you had no issue asking me to abort our unborn child just last week when we thought that was one of the options.”

Murphy responded, “I get what you say about my March for life messages. I’ve never written them. Staff does them. I read them and winced. I told staff don’t write any more. I will.”

The texts reveal a top down political cynicism that still stings. For the Republican rank and file, this is no time to mount a culture war. The people who make Murphy wince may be sitting out this election. Subtract five to 10 points from Trump’s margin for that.

Take another five to 10 points off Trump’s margin because the person the Democrats are running is not Hillary Clinton. He is, in the great sliding scale of Democratic politics, the opposite.

His name is Conor Lamb, which means a lot. Everybody likes the Lambs. If you went to a local pub in the ’80s or ’90s to hear Irish music, chances are you were entertained by Jimmy Lamb, his uncle. Mike Lamb, another uncle, is the Pittsburgh city controller, an important elected position. He will be front and center at next week’s St. Patrick’s Day parade, as he is every year.

Conor himself is a former Marine, a graduate of the University of Pennsylvania and its law school, and a former federal prosecutor. He looks and acts more like a Kennedy than the Kennedy the Democrats trotted out to respond to Trump’s State of the Union.

Some of Saccone’s political support, including pervasive radio advertisements that play off the name “Lamb” with a soundtrack of bleating, seek to demean his opponent. Which has backfired.

This is what happens when you place Trumpism in the hands of the high-powered political experts whom he ignored to win the presidential election. They look at Trump’s taunts of “Crooked Hillary” and his abrasive tweets, and they think that’s what Trump voters must want.

People lined up behind Trump and his tweets because they thought his opponents had it coming. Trump was given credit for his audacity in his take down of Washington insiders.

It is a minstrelization of Trump voters to expect them to line up behind a candidate who bleats at Conor Lamb. There are legitimate reasons to criticize Lamb obscured by the disconnected taunt. Take another five to 10 points off Trump’s margin in Saccone’s race for that.

Then there is the Republican candidate himself. Conventional wisdom says take points away from Saccone for a lack of political skill that is most apparent in the national spotlight he finds himself under.

I’m not going to do that. While Conor Lamb would crush Rick Saccone in any election that measures stature—for instance, parish council or school board—this is the United States Congress.

Voters are staked to national issues that the candidates have little to do with, other than as a single vote out of hundreds. Enough people in Pittsburgh would get enough of a kick out of sending a guy with a Larry Bird mustache to Congress that Saccone’s relative quirkiness may not matter.

Whatever the result, one thing that you will not hear on Wednesday is that Trump helped Saccone. But he did. There is a core of support in Pittsburgh that now more than ever wants to show solidarity with the president.

If Saccone wins, it will be because Trump supporters showed up to vote for him. Take it from someone who lives here. 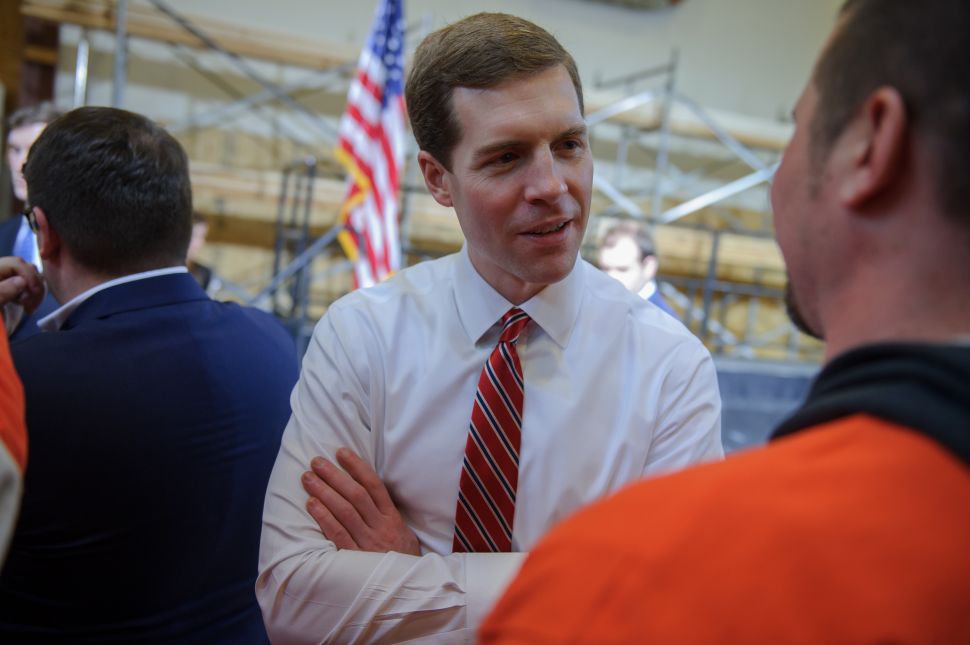