People do lots of things with no expectation of a financial benefit. Some don’t have any associated cost—”let me hold the door for you,” or “I’ll watch your kids so you can go out for the evening”—and some do, such as pro bono legal work or Doctors without Borders. There are no billable hours for being a mensch. Fine artists often are good guys, regularly donating their work to help fund initiatives or institutions. Like the charity auction being held in May to raise money for the construction of a new home for the Studio Museum in Harlem. Mark Bradford, Sam Gilliam, Rashid Johnson, Glenn Ligon, Julie Mehretu and Lorna Simpson are among the artists who have donated their own artwork to help the 50 year-old museum find the $175 million it needs.

What will these artists receive for their donations? A thank you, a handshake, an invitation to an opening night gala, but no tax deduction—which means that they might only be able to write off $10 for the gift of a $10 million painting—while a collector of their artwork could deduct the full fair market value of the artwork on his or her tax returns.

Many artists and museum directors believe that to be an inequity for which one can blame President Richard M. Nixon.

Back in 1969, the newly inaugurated president filed tax returns claiming a charitable deduction of $576,000 for the donation of his vice-presidential papers during the Eisenhower Administration, dropping his taxable income to zero. (It should be pointed out that American presidents, dating back to Harry Truman, received sizeable tax benefits when donating their presidential papers, but it was the outsized claims of President Nixon that compelled Congress to act, closing a tax loophole that allowed notable figures from donating the work of their own hands for unsubstantiated values at the expense of the American people.) The effect of the subsequent Tax Reform Act of 1969 on artists was incidental and not the immediate target of Congress, but it has been artists, writers and composers who have found the change in the law most irksome.

As a result, in every Congress since 1970, there has been a bill to allow artists once again to take a full fair market value deduction on their tax returns for their gifts. Vermont Senator Patrick Leahy’s “Artist-Museum Partnership Act” is the current initiative in this area.

Museum directors have complained that the disincentive has made artists unwilling to donate their work, which has deprived the public of access to contemporary art, but neither of those claims are quite true. Artists do donate their work to public institutions, perhaps not at the clip that some museum curators and directors might like, but artists are keen to get their work into permanent collections, and the dealers for many top artists frequently require buyers to pledge in binding contracts that they will gift what they have purchased to museums rather than sell them.

Indian-born American artist Zarina donated two of her woodcut prints—Dividing Line and Remains of the City, both 16 by 12 inches and both produced in 2001—to the Whitney Museum of American Art in 2014. They were among the 23 artworks gifted to the museum that year by the artists who had created them, and as Zarina explained, there are still other motivations to give one’s own work. “I made the donation to Whitney because they had already bought my work and they had shown an interest in acquiring more. Sometimes making a donation doesn’t benefit an artist financially, but it benefits them in other important ways. I have lived in New York City for the past 40 years and it is an honor just to be accepted into the permanent collections of these institutions.”

Additionally, museums have not suffered from a lack of donations of artworks by living, contemporary artists—large and small institutions receive gifts of these artworks in large numbers every year—but the donors are overwhelmingly collectors. Back in 1970, when the 1969 tax law went into effect, museums such as the Museum of Modern Art, the Art Institute of Chicago and the Metropolitan Museum of Art were not particularly active in building their contemporary art holdings, but these days there is no area of acquisitions that is greater. To many economists, changing the tax law to advantage artists because of a problem that does not exist is unwise public policy.

Leonard Burman, senior fellow and director of the Tax Policy Center of the Urban Institute, opposes reversing the 1969 law, claiming that “deducting actual costs make sense and is exactly the right tax treatment, because you shouldn’t be able to deduct income you’ve never earned. That would end up giving artists a double deduction.” He added that changing the law as Senator Leahy proposes “helps wealthy artists, but wouldn’t do anything for the starving artist.”

Burman added that a better way to support the arts and art institutions is not through tax policy but with spending programs, such as increasing the budget of the National Endowment for the Arts.

Still, the artists who are donating their work on behalf of the Studio Museum are not getting these pieces directly into a museum collection, and they certainly receive no tax benefit for their generosity, so why are they doing it? None of those artists responded to an inquiry, but others have.

“I am a nice person,” said Los Angeles mixed-media artist Laddie John Dill, who has donated works to a variety of charities and nonprofits for their fundraisers, including one in 2017 for the Laguna Art Museum, which held a benefit auction to which he contributed a $40,000 metal and glass work, Light Sentence Warm to Cool (2014). “Regarding tax, I’m so used to that abusive tax law that I just roll with it,” Dill said.

Being nice and ignoring what is irksome are good reasons to do many things, and another contributor to that Laguna Art Museum fundraiser, Irvine, California stone carver Marton Varo claimed that “I always believe in helping good causes, health care, education and arts.”

Tax considerations also play little to no role in Richard Serra’s practice of donating his own work to museums and other nonprofit arts institutions, according to Trina McKeever, the artist’s studio manager. “Richard gives work away all the time,” and two recent instances—a large-scale sculpture and an abstract painting on paper—were 2013 gifts to the Museum of Modern Art. “He is in a place where he certainly can afford to donate work when he wants to.”

Another artist who can afford to donate, and not just sell, her work, Cindy Sherman, similarly has donated photographs widely, including to the 2013 Aid for AIDS auction and in 2015 to the Foundation for Art and Preservation in Embassies, which installs artwork in U.S. embassies around the world. She said, “my reasons have really been out of a sense of giving back, particularly helping organizations that help the arts and especially younger or unestablished artists or organizations, or just places that are doing amazing things and need the support. Sometimes, I’m friends with the organizers. Occasionally, it’s an artist who’s asking other artists to donate, and once it was a sort of ‘I’ll donate to yours if you donate to mine.’”

Zarina noted that “I sometimes donate my work to charitable causes, such as charity auctions or special projects, and am happy to not accept any benefit from it. Some of them offer to reimburse me for my expenses but in the culture I come from there is the saying, ‘what your right hand gives in charity, the left hand should not know.’ It does feel good to give back sometimes.”

Giving back feels good and may also make the recipient institution feel good about the donating artist, which can pay off when exhibitions are being planned. It is difficult to put a dollar value on good will. In early 2015, 41 artists—including John Baldessari, Barbara Kruger, Mark Bradford, Ed Ruscha and Takashi Murakami—donated one artwork apiece for an auction benefiting the Museum of Contemporary Art in Los Angeles. The highlight of the auction, which was conducted by Sotheby’s, was an untitled 2011 oil on cardboard painting by Mark Grotjahn that sold for $6,522,000, well above its $2-3 million estimate. In all, the benefit raised $22.5 million for the museum. 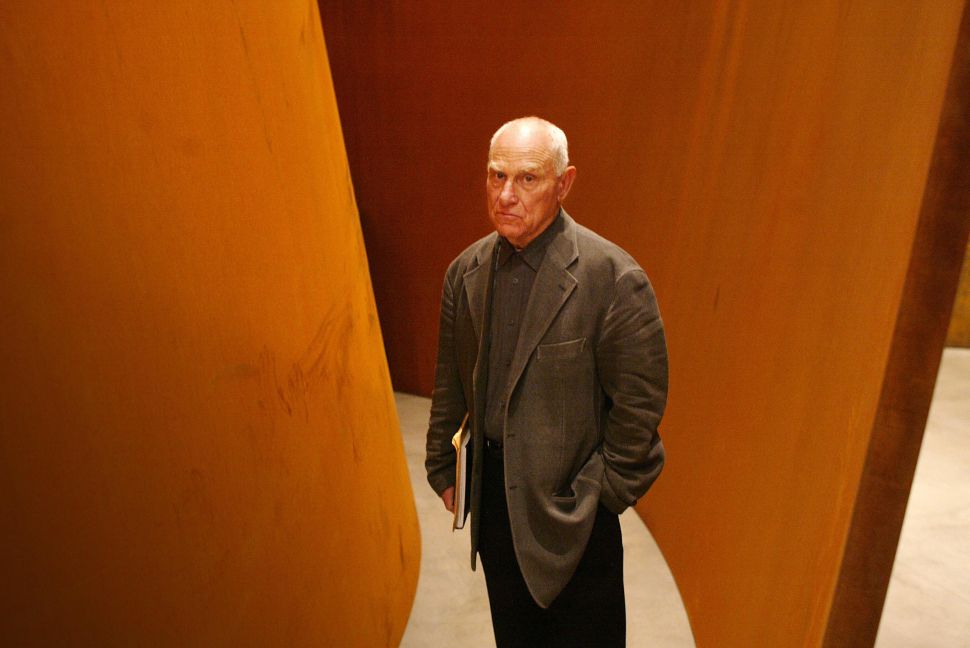