An upgraded version of the West Village apartment once shared by comedians Amy Poehler and Will Arnett is now on the rental market.

Back in 2004, Poehler and Arnett paid $1.73 million for a condo at 1 Morton Square. They subsequently sold the abode for $2.2 million in 2007, and the new owners of the apartment proceeded to combine it with a neighboring unit, creating the current four-bedroom, four-bathroom configuration that sprawls across3,300 square feet.

That residence is now listed as a $23,999 a month rental and, to put it frankly, this is one colorful home. The present owners took a major design risk with purple accents in the media room—including a glossy ceiling. The love of that violet hue also extends to other portions of the apartment, including the living room and bedrooms.

The master suite has double dressing rooms and custom millwork, as well as floor-to-ceiling windows, says the listing held by Douglas Elliman broker Jennifer Miller. The bathroom is fitted with double sinks, a glass enclosed shower and an envy-inducing deep soaking tub.

The eat-in kitchen is equipped with stainless steel Miele, Wolf and SubZero appliances, with white cabinetry and a spacious marble-topped center breakfast island.

The building once attracted a plethora of high-profile names, including Mary-Kate and Ashley Olsen, Oliver Stone, Daniel Radcliffe and Erin Heatherton. The Olsens and Stone have since vacated 1 Morton Square, though Radcliffe has held on to his abode, while Heatherton had some trouble finding a buyer for her own apartment there.

Fans of Poehler will be pleased to discover that the actress is still residing in the West Village building. She and Arnett actually purchased a higher-floor unit for $5.28 million in 2007, prior to announcing their separation in 2012. Poehler eventually bought her ex out of the home, when she paid him a $6.49 million and took full ownership of it in October 2017. 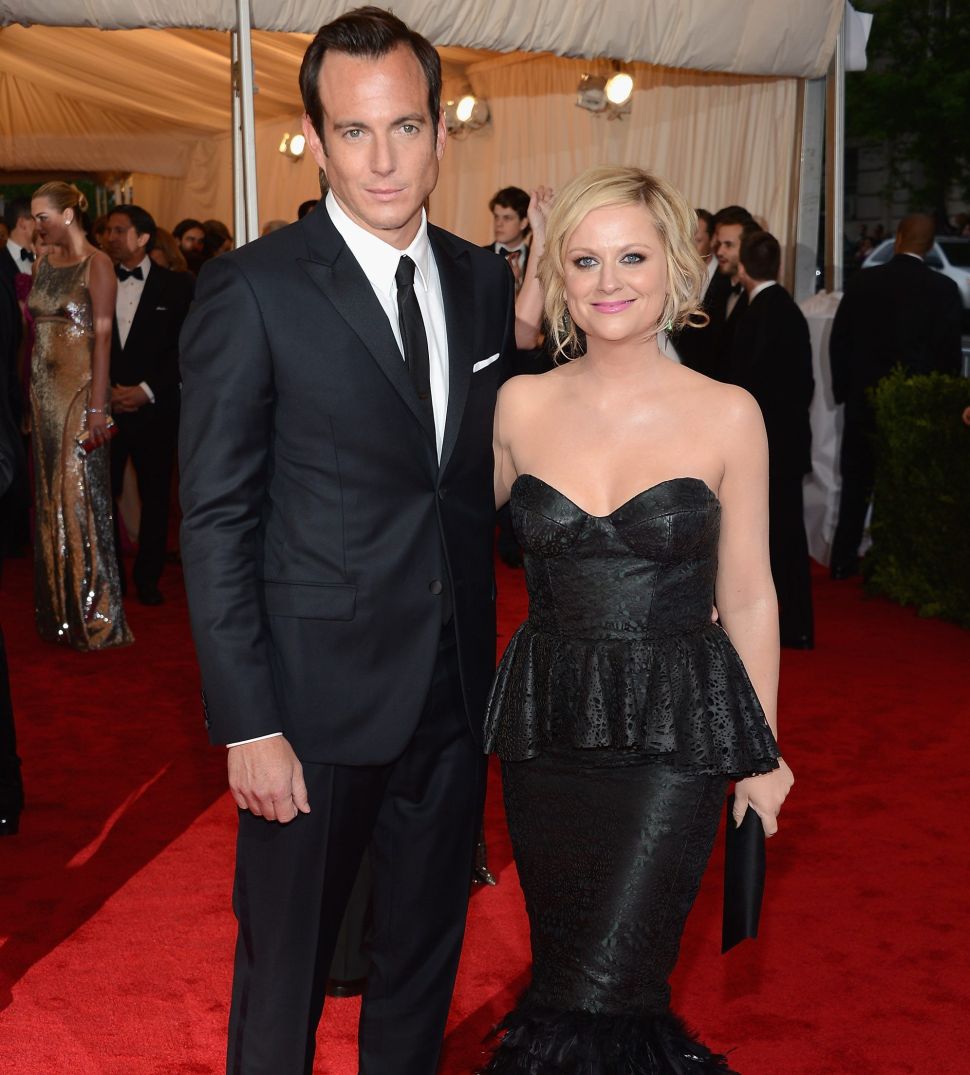