Propaganda output from terror groups has had a lower-key feel so far this year in terms of volume and overt tone, but that doesn’t mean we should rest easy—much of it, after all, has focused on bringing divergent terrorist factions together into a supergroup of sorts.

Al-Qaeda’s persistent calls for unification—a troubling enough campaign in a post-caliphate world—come as a UN Security Council report notes that as ISIS “continues to transform into a terror organization with a flat hierarchy, with cells and affiliates increasingly acting autonomously,” al-Qaeda “has remained remarkably resilient” and in several regions “poses a greater threat” than ISIS.

“Some members of both organizations have been willing and able to support each other in the preparation of attacks,” added the report. “Therefore, the potential convergence of both networks, at least in some regions, is a potential new threat.” This while al-Qaeda propaganda “continues to highlight a new generation of potential leaders,” including Osama bin Laden’s son Hamza, “in an apparent attempt to project a younger image to its sympathizers.”

In a recent statement, al-Qaeda leader Ayman al-Zawahiri urged warring jihadists to “unite and agree and gather and merge and cooperate and stack together as one rank” as “this is the basis of victory and salvation.”

Zawahiri told terrorists in a video last fall that unification against the “international Satanic alliance” on a global front was critical: “Communicate, link up with each other and extend a helping hand to your Muslim brothers in all Muslim lands. This is the surest way to victory.”

The message has been consistently woven into other al-Qaeda materials as well. Al-Nafir Bulletin, a short topical essay published by al-Qaeda’s Global Islamic Media Front, counseled jihadists to “forget your differences and put them behind your backs” while “the hearts of the mujahedin are open and their hands are extended to cooperate and collaborate while serving the religion.”

In many ways, the post-terror-faction landscape has arrived, hastened by the fall of the caliphate. ISIS will continue to have adherents eagerly carving outposts in areas of weak governance and conducting lone attacks in any corner of the globe with a loyalty pledge to Abu Bakr al-Baghdadi, but commonalities in unity of purpose coupled with logistical setbacks will pull them further under the umbrella of universal jihad.

As we saw recently with ISIS supporters needling the Taliban for offering a deal to Americans (spoiler: the Taliban, like other terrorists, are blowing smoke whenever they talk détente), ISIS members will still try to stoke turf wars and challenge other groups to measuring contests when they think it will work to their advantage in luring adherents. Distinct terror groups will still exist for regional motivations—wanting to oust certain governments, implement sharia in a certain country, etc.—but global jihad as a cohesive unit is already coming together.

Al-Qaeda, which has openly praised ISIS attacks such as the Orlando massacre and published practical reviews of what future jihadists can learn from everybody’s acts of terrorism, has escalated their message promoting unity of purpose because, frankly, they know it’s already there beneath the surface of factional bluster and its growth can be fostered with ISIS’ physical caliphate out of the way.

They know they can steer the increasing number of would-be jihadists who are never going abroad to get training at a terror camp or won’t need foreign financing to conduct attacks at home. They’ve purposely not done that much of a grave-dance on ISIS over losing their caliphate while not budging from their conviction that al-Baghdadi made a big tactical blunder; they have, however, moved forward with their longstanding claims in Syria, as al-Zawahiri told jihadists there to “settle yourselves into it being a battle which may last for many years and perhaps decades.”

Like other extremists, Islamist terrorists are bound by rage, ideological underpinnings, and gang-style recruitment. And in what will only challenge our national security, they’re also blurring lines and embracing universal jihad. The supergroup is here. 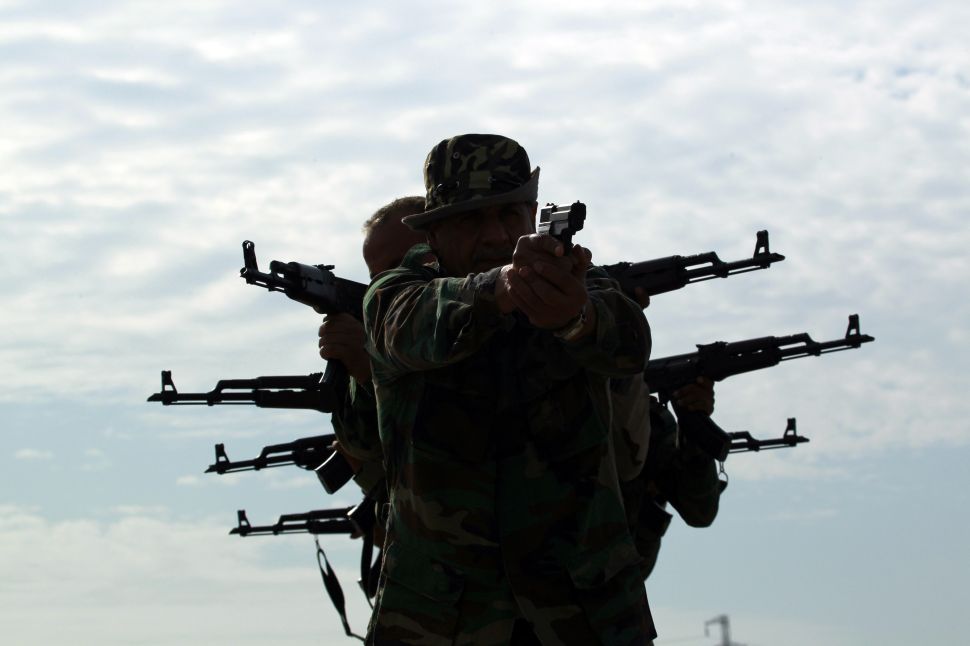