But according to Politico, his past is actually much darker.

Katarina Coates, a DePaul University graduate and Wolf’s former girlfriend who interned for his campaign, told the site that Wolf was physically and emotionally abusive on at least six occasions. He also revealed her name and home address on Twitter, Instagram and Facebook.

“He actually hit me, threw me to the ground, put his foot on my chest. He was really angry. He grabbed my face,” Coates told Politico. “I thought it was normal. I cannot explain the logic. It seemed like he cared about me when he did that. After that time he stood on my chest, he went and took me for chocolate cake. I kind of associated it with his caring.”

“The woman in the article is deeply disturbed,” he told Observer. “She was arrested for entering my home and threatening my family. I have a restraining order against her. She was a dear friend of mine and part of my campaign early on but had to be removed.”

Coates wasn’t Wolf’s only tie to DePaul. The candidate was actually banned from campus due to a separate complaint from philosophy professor Jason Hill, who at one point was planning to write a book with him. When Wolf found out about Hill’s complaint, however, he sent the academic menacing emails telling him to kill himself.

Wolf told Observer that Hill, who is openly gay, had a crush on him and made him uncomfortable. Wolf has three children, though he is not married.

The other sticking point for many observers is Wolf’s claim on his website that he “served multiple times in Iraq.” He has never been a member of the armed forces.

However, he was a national security investigator for the FBI and a special agent and diplomat for the State Department. He was stationed at the Washington, D.C. field office on 9/11 and was one of the first responders at the Pentagon.

He also served in the FBI’s Hazardous Materials Response Unit and was exposed to anthrax. And while in the State Department, he trained Iraqi military troops.

This all qualifies as service in Wolf’s eyes.

“The military does not have a copyright on the word service,” he said.

Politico also reported that groups like the Florida Democrats and Women’s March Chicago blocked Wolf from Facebook groups and rescinded invitations to events after complaints from multiple women.

Wolf said that was news to him. And more than that, he’s confident he can still beat Chicago’s political establishment.

“We walk around the city, we wear black leather jackets, and the city is scared of us,” he said. 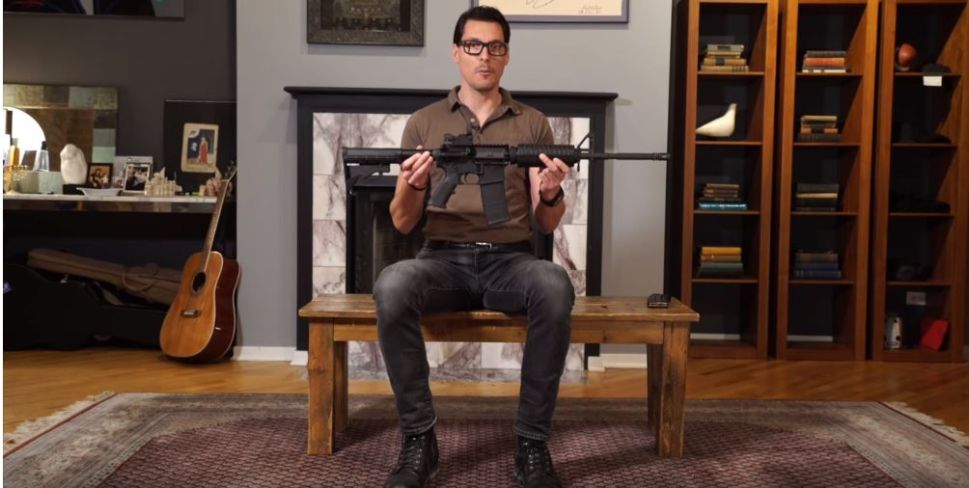