Hosted at Prince’s sprawling Virginia estate on March 16, tickets for the main reception start at $1,000, while VIP tickets run $2,700, according to CNN. Representatives Tom Garrett Jr. (R-Ga.) and Dave Brat (R-Va.) will attend, along with Lt. Colonel and Fox News personality Oliver North.

A former intern for Rohrabacher, Prince revolutionized mercenary warfare through his private security contract firm Blackwater, which rebranded as Academi in 2011. Both figures are under intense scrutiny for their ties to Moscow and have been called before intelligence committees investigating collusion between President Donald Trump’s campaign and Russia.

On Wednesday night, The Washington Post reported that Prince omitted a meeting between himself and George Nader, a Middle East specialist with ties to Emirati leaders, in an interview with congressional investigators. Nader is currently cooperating with Special Counsel Robert Mueller’s investigation and may clarify whether Prince established back-channel communication between the Trump transition team and Moscow.

Rohrabacher met with Wikileaks founder Julian Assange last August, despite reports that Wikileaks hacked the Democratic National Committee’s servers to influence the 2016 election. Many candidates are jockeying for the congressman’s seats during this year’s upcoming midterm elections.

“I would think, given the problems he’s having given Mueller, he might have other avenues to raise funds not as inflammatory or attention getting, but he has a long history of affiliation with shady characters, Prince being one of them,” Paul Martin, a centrist Republican running against Rohrabacher, told Observer. “He seems to have a very clear agenda to exonerate thugs and murderers.” 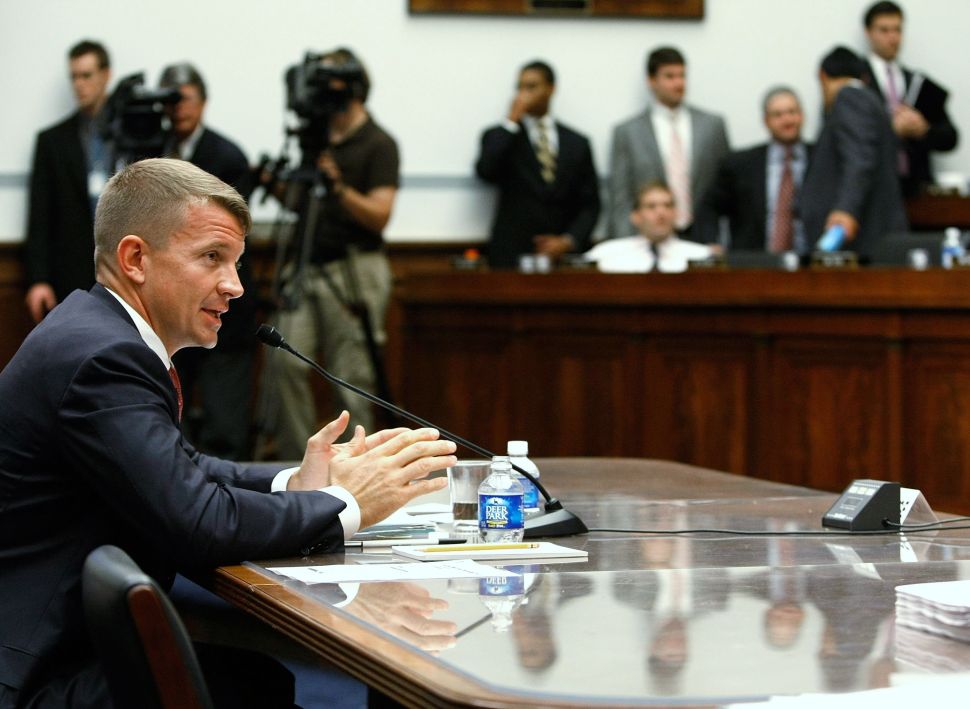