Just as it does with stone fruits, almonds, and most vegetables found on dinner tables in America, California supplies the United States with most of its marijuana.

There are some 68,000 cannabis farms throughout the state, according to the California Growers Association, the pot-farmers’ main lobby at the state Capitol. This figure is an estimate because grows vary in size from one-person operations in spare bedrooms and garages, to mom-and-pop outfits of a few dozen plants on verdant spreads beneath redwoods, to well-capitalized greenhouses using industrial agriculture practices in valleys, to suspicious-looking men camping out for months in national forests. But what really matters is that 99 percent of these farms are now illegal.

Through March 12, the state’s new Cal Cannabis licensing bureau had issued fewer than 3,000 marijuana cultivation permits. Without a state permit, growers are locked out of participation in California’s new $7 billion legal commercial marijuana industry. Since many entities have nabbed multiple permits—in some cases grabbing 30 or more in order to take advantage of a loophole in the law and open cannabis plantations of near-unlimited size—roughly one percent of California’s marijuana growers are currently legitimate in the eyes of the state, according to a worrisome report released by CalGrowers.

Thus, the mom-and-pops making medical cannabis oil for cancer patients are now lumped together in a very large, very awkward bucket with drug cartels. And California, which consumed only 2.5 million of the 13.5 million pounds of cannabis it produced, according to a “conservative estimate” prepared for the state’s Department of Food and Agriculture, is now staring down the barrel of a marijuana shortage.

How did we get here? How did California, America’s marijuana farm, turn a biblical oversupply into a supply crisis?

A better question to ask is who such a situation benefits. Like most “crises” in capitalism, any constriction of cannabis will make a few people fabulously wealthy. And a sudden shortage of weed is fantastic news if you’re one of the few with access to the commodity.

Though it sports the nation’s oldest and most deeply entrenched marijuana industry—marijuana storefronts ringing up enormous commercial sales have been quotidian sights in California’s cities for more than a decade, and there are growers today whose grandparents planted the first renegade cannabis seeds on family plots—California is a newcomer to recreational retail sales.

Cannabis was available over-the-counter to all adults 21 and over only beginning on January 1, 2018. And so, despite its history, California lawmakers, regulators, and industry entrepreneurs and investors looked to other states to get an idea of what to expect.

In more conservative places like Pennsylvania, government has guaranteed undersupply. Leery lawmakers have elected to artificially constrict supply by strictly limiting the number of allowed producers. Florida and Ohio have followed this same model, with the same predictable results: high retail prices, irregular supply, aggressive investment in the lucrative-because-they-are-limited grow permits, and corruption.

Since California has had a heretofore semi-regulated (at best) market, the imposition of rules meant some disruption was inevitable. In California, one worry is that come July 1, when new regulations around pesticide use kick in—until then, almost all pot in the state is smoke at your own risk—almost all of those 13.5 million pounds will fail required lab tests.

But the quickest and most effective way to find scarcity among bounty is to pull a Pennsylvania and somehow drastically limit the amount of suppliers. If you can’t bring your product to market and your competitor can, his can be inferior and still fetch a high price.

And this is happening.

Reasons offered vary, mostly on the identity of the reasoner. One theory is that those growers don’t care to become licensed and much prefer the high-risk-high-reward of shipping pounds to Hawaii or New York City. You hear the pesticide argument, that growers simply can’t adjust to new requirements. These you hear from people who did get a license.

Or you hear that county and local regulations are too strict, that the barrier for entry is too high, that the market favors big, well-capitalized outfits over the mom-and-pop small growers who, according to the promises made during the campaign to legalize marijuana, would be legalization’s beneficiaries. Those you hear, usually, from the growers locked out.

A microcosm showing just who this benefits can be seen in Monterey County, in the tabletop farmland John Steinbeck used as a literary backdrop. There, in old greenhouses vacated by flower growers, massive, industrial-agriculture-scale marijuana operations are humming. These are the operations with permits, and they’ve been there for less than two years. Way up in the remote hills are the industry’s progenitors. Restrictive zoning means they’re not permitted.

Consumers will take notice. They have no choice—they’ll see this reflected on their sales receipts, as they find themselves paying more and more for over-the-counter weed in a place that literally cannot sell all the weed it grows.

Last year, with the market still open to one and all, desperate farmers were trying to unload unsold pounds of last year’s harvest at poverty-level prices. Despite that, retail prices stayed mostly unchanged.

Since January 1, when retail recreational marijuana stores opened for business, prices have increased by double digits. Most of the blame for this eye-popping spike has been assigned to taxes—and indeed, weed is taxed by as much as 40 percent in some jurisdictions, according to Fitch.

But when most commodities grown in a place can’t be sold there and demand stays constant, even a mediocre commodity will fetch a premium price.

And since the potential market for marijuana just exploded, from the few million people with medical-marijuana recommendations to any resident or tourist aged 21 and up, California figured out a way to jack up demand while artificially reducing supply to a trickle.

There’s time to pivot, and straightening out kinks in the cannabis industry will occupy much of this year’s session in the state Legislature. But a die’s been cast. The state is well on its way to a world in which retailers will be able to present mediocre product at eye-popping prices, prices that tourists or wealthy neophytes will happily shell out, for a while at least. This is terrific news for the one percent of growers that are licensed. When you have the commodity, a “crisis”-level shortage is the best possible scenario. 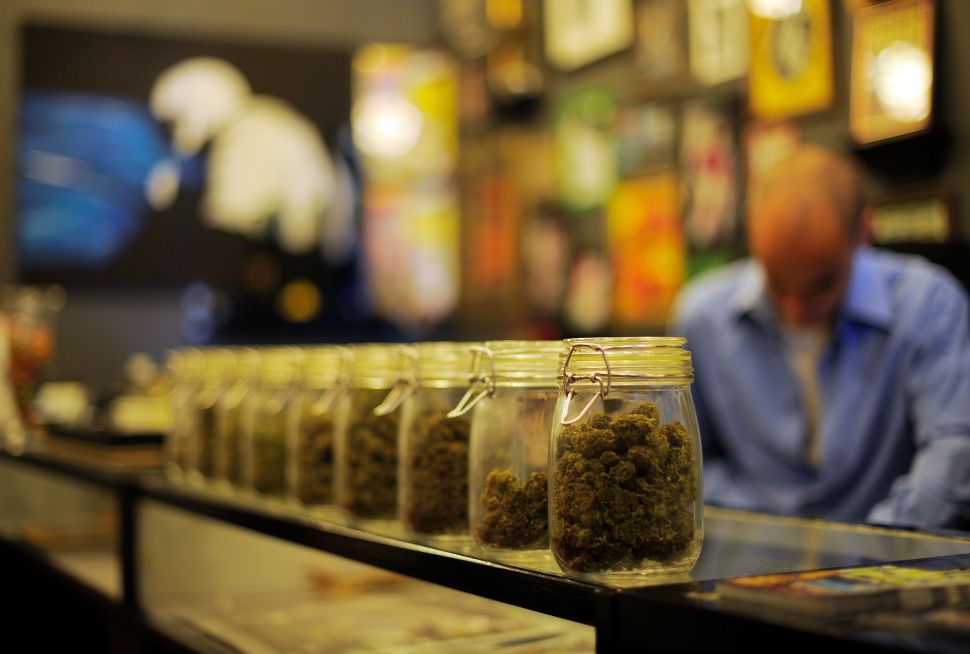