The United States and China seem to be undergoing a role reversal. China, whose reckless growth and fossil fuel dependence once made it the epitome of poor environmental stewardship, is emerging as a leader in this area as the U.S. walks back its environmental commitments and slashes regulations.

The U.S. is de-emphasizing green growth and bolstering fossil fuel investments while the rest of the world races to slow climate change and reduce global temperatures. By withdrawing the U.S. from the Paris Agreement, President Donald Trump jeopardized the entire initiative. He also spoke out against the U.S.’ participation in the Green Climate Fund, a collaboration among wealthy nations to combat the effects of climate change in developing countries. By contrast, China recently declared itself a “near-Arctic State,” vowing to build a Polar Silk Road that will foster responsible environmental stewardship in an Arctic area that greatly affects China’s climate and ecological development.

Each time the U.S. bows out of an environmental pact or trade agreement, it creates a vacuum that China is more than prepared to fill. How this role reversal will ultimately play out is yet to be seen, but it’s clear that it represents a major global and political shift.

Unfortunately, it isn’t just the U.S.’ political and financial positions that have taken hits. The country has ceded the moral high ground it attained after World War II with the hand it played in building global peace and prosperity institutions such as the World Bank and the United Nations. But the U.S.’ self-interested turn has the global community looking elsewhere for moral leadership and authority.

The Trump presidency’s “America First” ethos has already eroded the nation’s international standing. French President Emmanuel Macron warned that by pulling the U.S. out of the Paris accord, Trump had “committed an error for the interests of his country, his people, and a mistake for the future of our planet.” The pope joined foreign leaders in condemning the move. It is apparent that the president’s transactional, myopic approach to deal-making will not play on the world stage and will harm the U.S. if it persists.

The ripple effects from current U.S. environmental policy do not stop at the Paris Agreement withdrawal. Under Trump, the Environmental Protection Agency removed from its website resources for dealing with climate change, along with at least 15 mentions of “climate change” itself. Pretending global temperatures are not rising will not make it so, but denying people access to educational resources ensures that they will be unprepared to cope with it.

In March 2017, Trump issued an executive order de-prioritizing climate regulations that are perceived to conflict with American job interests. He has also supported investments in oil and other fossil fuel-based energy sources, despite bipartisan opposition to such measures. Reversing his campaign promise to ease the U.S.’ reliance on foreign oil, the president now appears amenable to increased investments from Saudi Arabia, one of the largest and most powerful oil producers in the world.

America’s declining environmental influence has left the door open for China, one its leaders are only too happy to walk through. China is asserting itself as a global leader, and its recent environmental policies position it for increased credibility. Despite China’s status as one of the biggest ivory markets in the world, for example, it shut down out the country’s lucrative legal ivory trade at the end of 2017.

Furthermore, China instituted caps on coal power generation and plans to install new solar and wind power generators by 2020. The decision to halt more than 100 coal-powered projects signified Beijing’s seriousness about reducing its environmental impact. In perhaps its most sweeping move yet, China launched the Belt and Road Initiative to institute a massive global trade partnership and extend renewable energy access to developing countries.

China’s progressive stance on the environment may seem politically prudent, and it is. In recent years, citizens protested the country’s tainted food, unbreathable air, toxic pollutants, and unsafe supply. With a population of 1.4 billion, China recognizes that it must address these issues to maintain stability.

Curbing these environmental crises is also a political imperative. China’s society and economy have evolved at breakneck speeds during the past decade, but continued solvency and stability depend upon environmental stewardship. Growth will stagnate if the population is constantly ill or in revolt over pollution and climate change-related calamities.

Isolation and self-interest are losing strategies in an increasingly connected family of nations. Tragically, the U.S. seems all too eager to stand aside, even at the expense of its global reputation and the well-being of its worldwide partners. As the U.S. abstains from action, China and a few other nations will assume moral and economic leadership as their economies and global partnerships grow and prosper.

Peter Seligmann is the founding CEO of Nia Tero, and the Chairman of the nonprofit Conservation International. 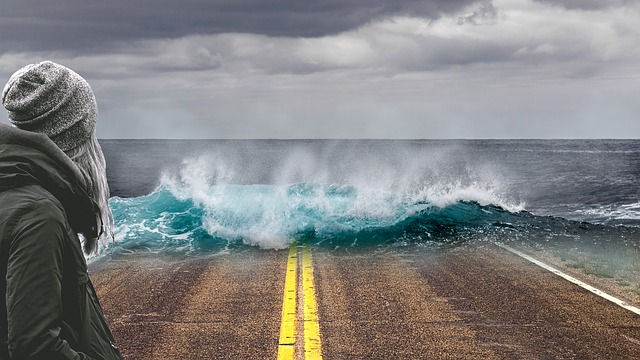