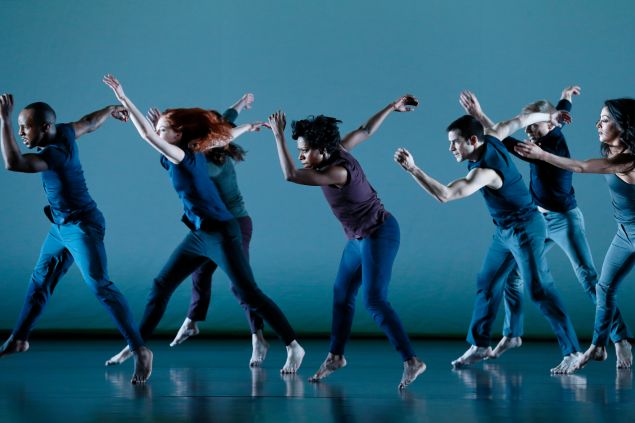 Nineteen performances, thirteen standards, three commissioned new works (one—Lila York’s Continuum—held over from last year; why?); a famous piece by Trisha Brown extending the Paul Taylor American Modern Dance umbrella; a commercial gimmick (New York City Ballet star Sara Mearns presenting herself as Isadora Duncan, but you couldn’t fool this boy); and a new work by the Master himself, his finest in some time (that’s the news).

It’s called Concertiana, and it’s a company work—a work about the company. Here is Taylor presenting and reveling in his dancers (particularly the newest ones): he’s passing the baton. Young Alex Clayton—small, dark, dynamic—is all over the repertory this season, jumping, tumbling, asserting himself. And why not? He’s got plenty to assert. The appealing Lee Duvenick is coming up behind the superb Michael Novak, who in turn is there to support and spell Michael Trusnovec, still the most electrifying figure on the stage. The tiny and brilliant Madelyn Ho is stretching and stretching. The appealingly thuggish George Smallwood is opening up and calming down. And most important: Heather McGinley, a flaming redhead, is at last being given the large opportunities she’s earned for herself. In Concertiana, Taylor has given her what may be the longest solo he’s ever made for a woman: large-scale, expansive, ravishing. She’s joined Laura Halzack and a restored Parisa Khobdeh as a full-fledged Taylor ballerina. 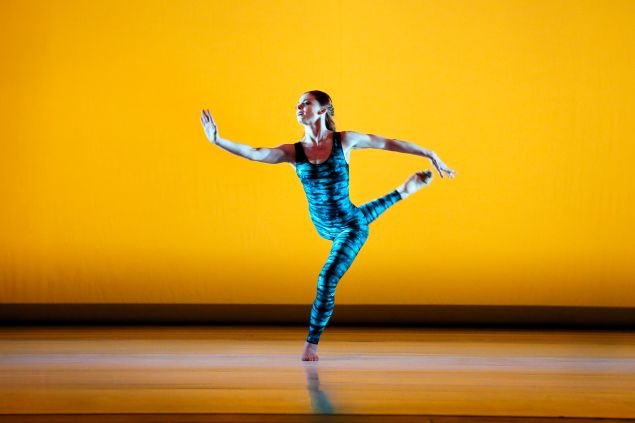 Doug Varone, that highly experienced and savvy choreographer, also celebrated McGinley’s qualities in his new piece, Half Life. Her hair has practically a role of its own—we haven’t seen red hair this gloriously deployed since the hey-day of Rita Hayworth. This is full-scale, all-out Varone—bang-bang invention to a very effective score by Julia Wolfe. (Yes, it could have been a few minutes shorter—it sags a little toward the end, before recouping itself.) And the Taylor dancers eat it up: after all, they’re accustomed to a choreographer who not only has a solid grasp of structure and forward impulse but who has an understanding of, and taste for, narrative.

Surprisingly, perhaps, the Taylors also do well with the other new commissioned work: The Beauty in Gray, to a very loud score by the inevitable Nico Muhly, with Olafur Arnalds. The choreographer is the young Bryan Arias, out of the Netherlands Dance Theater, Crystal Pite, Hubbard Street, et al. Although there’s not much original here, Arias has learned how to put a ballet together—in this case, a series of somewhat conventional pas de deux performed against inobtrusive group action. He will have benefitted by working with stalwarts like Trusnovec, Robert Kleinendorst, Eran Bugge, Michelle Fleet and the rest of the gang, and they will have been stimulated by working with a young new choreographic voice.

The regular Taylor rep sprung no surprises, although I was a little chagrined at finding Musical Offering somewhat heavy and earnest—and over-extended. Mercuric Tidings, Roses, Eventide, Arden Court, Runes, Cloven Kingdom, Promethean Fire—who could ask for anything more, with the company seemingly fired up by the influx of new talent? The big deal was the program called ICONS (I wish it hadn’t been). The icons were Isadora Duncan, than whom no one is more iconic; Trisha Brown; and Paul Taylor himself. The Brown piece, Set and Reset, is iconic—to her many devout admirers. I enjoy the combination of rigor and swing that informs her work, but I was elsewhere during the Downtown Years (I was Uptown), and though it’s appropriate for the Taylor enterprise to be presenting her art, and though her dancers served her loyally, Set and Reset didn’t really carry. 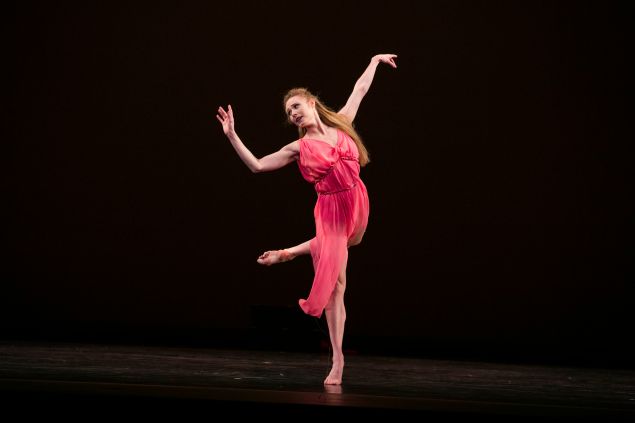 Sara Mearns in The Dances of Isadora.  Whitney Browne

The Isadora dances—to the extent that they are Isadora dances—are a mystery. The presenters claim near-direct descent from Her, and the steps may well be echoes of the originals, but since there is no film of Isadora dancing, we can’t know. Sara Mearns can be an exciting dancer with her full-blown, take-no-prisoners energy, but I sense far more Mearns than Duncan here. Isadora was by all accounts (and pictures) grand, powerful, majestic, as well as charming—down to earth rather than soaring. Mearns leaned toward the sweetly pretty—at moments she was almost coy. She certainly was not the Mother of Us All. In 1976, when Frederick Ashton created a suite of Isadora waltzes for Lynn Seymour, I could believe I was channeling Duncan. But Seymour was a great dramatic ballerina and Ashton was a great choreographer, who had worshipped Duncan since he first saw her when he was seventeen. Lori Belilove may have some details right in her reconstructions, but she has done Duncan (and us) no favors with this watered-down pastiche. Would it have been heresy to have a ballet choreographer—and a male one at that—show us just why Isadora Duncan remains the icon of icons?

And then came Paul Taylor’s most iconic piece: Esplanade. As always it was danced with rapture and received with rapture. The audience, polite to Trisha Brown, generous to Sara Mearns, exploded with joy at Esplanade. I did too. 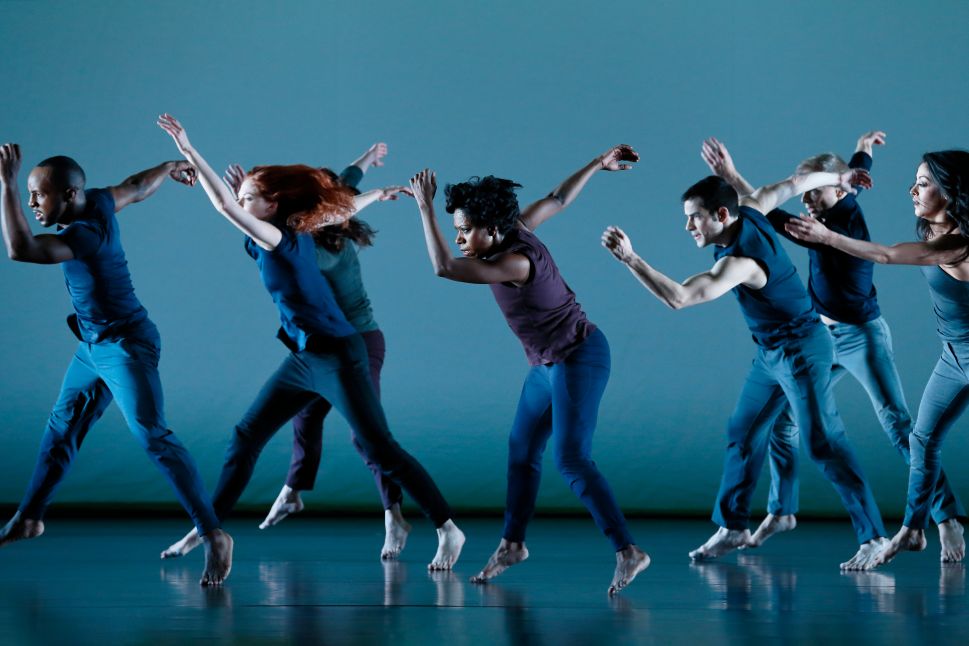