The citywide outreach initiative sought to get so many individuals insured through Obamacare that Republicans would become suspicious of efforts to repeal it.

As of the end of the open enrollment period on Jan. 31, more than 2,267,000 city residents are now insured through the New York State of Health, the health insurance marketplace established under ACA, according to the New York State Department of Health. This marks an increase of more than 263,200 new enrollments—or 13 percent—over the previous year.

And from February 2017 through January, GetCoveredNYC enrolled more than 75,600 New Yorkers in new health insurance plans, representing more than 28 percent of enrollments in the city during that period. This coincides with a decline in the number of uninsured patients served by NYC Health + Hospitals, the city’s public hospital system, last year.

“This year’s increase in enrollment is indisputable proof that people need affordable health care,”de Blasio said in a statement. “In the face of federal divestment and purposefully misleading rhetoric, in New York City, we’re doing everything in our power to connect them to it.”

A tax reform bill signed into law by Trump in December 2017 gets rid of the ACA’s individual mandate that requires individuals to pay tax penalties if they do not have insurance. The change will go into effect next year.

Dr. Mary Bassett, commissioner of the city’s Department of Health and Mental Hygiene (DOHMH), said the number of enrollees is proof that the city is succeeding in its effort to protect New Yorkers’ health care amid threats from the Trump administration.

“New York City has made tremendous progress in connecting New Yorkers to affordable health insurance, even as we battle attacks from Washington that seek to weaken the Affordable Care Act,” Bassett said in a statement. “Health insurance not only provides New Yorkers affordable care when they get sick, but also access to the regular, preventive care services they need to maintain good health.”

During the open enrollment period, GetCoveredNYC conducted outreach via door-knocking, phone calls and flyering to more than 130,000 New Yorkers. The initiative also included more than 300 enrollment events with community groups, elected officials and city partners and flyers handed out at more than 20 subway stations during three days of action.

In 2016, de Blasio estimated that 1.6 million residents of the five boroughs had been able to get coverage as a result of the ACA’s provisions. He also maintained that the $8 million investment in the initiative would help the city’s public hospital system, which has struggled with funding.

“Having health insurance and being proactive about your health care can be the difference between life and death,” Dr. Herminia Palacio, deputy mayor for health and human services, said in a statement. “This tremendous effort is another example of how New York City is continuing to provide New Yorkers with access to healthcare and alleviate the economic burden they feel associated with it.” 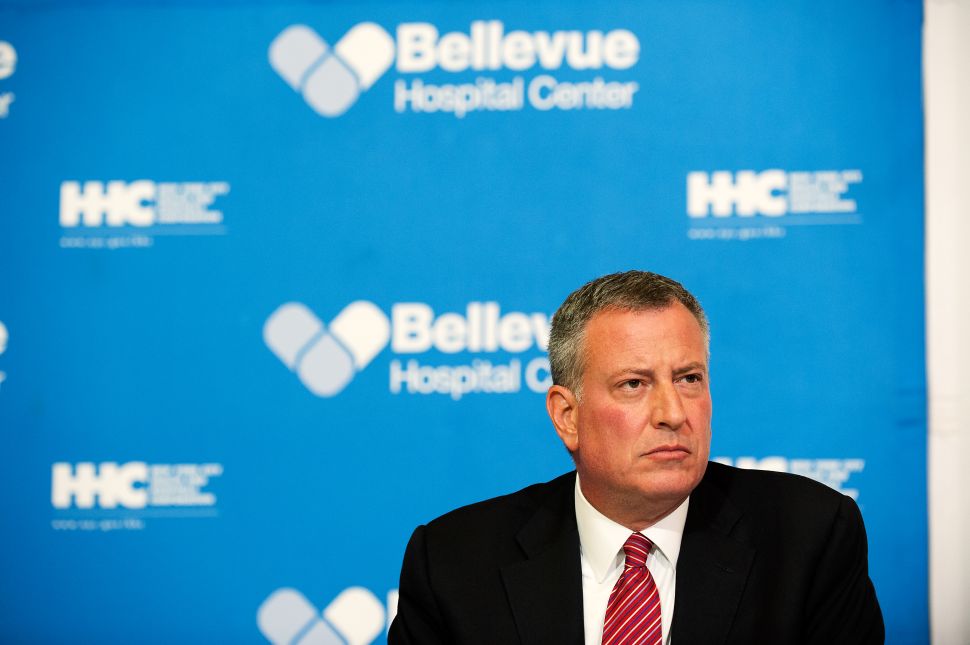