For years now, Democrats have been obsessed with the prospect of flipping Texas from a reliably Republican state to a competitive one, convinced that once such a major domino falls, Republicans will never be able to muster a national majority. Tantalized by Texas becoming a “majority minority” state—one in which white residents are outnumbered by people of color—many on the left are consumed with thoughts of turning the Lone Star State blue.

This obsession could end up being a costly one if Democrats don’t snap out of it in a hurry. Despite a massive increase in turnout by Democrats in the statewide primaries held on March 5th, Texas Democrats still voted in significantly lower numbers than their Republican counterparts.

A near-doubling of Democratic primary turnout this year as compared to the 2014 midterms in Texas still only gave Democrats a little over 1 million votes, compared to more than 1.5 million cast by Republicans. That’s a 500,000-vote Republican edge and roughly a 20-percentage-point advantage for the GOP. Democrats may be gaining in Texas, but they’re nowhere close to being there yet.

And yet, grassroots Democrats are putting major pressure on the party to compete in all 50 states—including the reddest states in which Democrats have no conceivable chance to win no matter how many resources are invested—and they especially want the party to weigh in heavily in support of the party’s U.S. Senate nominee in Texas, Congressman Beto O’Rourke. This would be a major mistake and could cause 2018 to be the first midterm ever in which the party of a president with an approval rating below 40 percent makes net gains in the Senate.

Some credible estimates indicate it takes at least $20 million just to run a competitive statewide race in Texas, to say nothing of actually winning. How far could tens of millions of dollars go in smaller, less expensive states where Democrats have a better chance to make pickups, such as Arizona and Nevada, or the five states where incumbent Democratic senators face electorates that favored Donald Trump by at least 17 percentage points in 2016 (Indiana, Missouri, Montana, North Dakota and West Virginia)?

Money and campaign staffers are finite resources, and any resources Democrats put into a long-shot race in Texas can’t be utilized in states that present legitimate pickup opportunities, or the numerous red states where incumbent Democrats face difficult reelection battles. In addition to the five aforementioned states that went to Trump by huge margins, Democratic senators are also on defense this year in Florida, Michigan, Ohio, Pennsylvania and Wisconsin, where Trump won in 2016, and in Maine and Minnesota, where Trump lost by very narrow margins. That is a lot of ground to defend, and it is going to take a lot of money and staff that Democrats cannot afford to pour into a state where a massive wave of enthusiasm still only gets them 40 percent of the total statewide primary vote.

The idea that Democrats can and should compete everywhere is quixotic. There are some states where Democrats simply don’t have a prayer—unless, for example, the Republican candidate faces credible accusations of hitting on teenagers. Texas is still one of those states, for now and for the foreseeable future, and it’s a big and expensive state that will drain precious resources with little realistic hope of winning.

But even on the off chance that Democrats pull out all the stops and win it, how many other states will they lose that they could have won because they used so many of their resources in Texas? Say Democrats pour tens of millions of dollars into Texas and pull off a massive upset, but they lose seats in Indiana, Missouri and North Dakota. What have they achieved in that case except to end up further behind than where they started?

The bottom line is that Democrats would be fools to trade four or five seats to win one. There’s no bonus in the Senate for winning a large state, and there’s no special prize for flipping Texas. Regardless of a state’s population, each senator gets one vote. Beto O’Rourke, if he somehow manages to beat the incredible odds and win his race, won’t get 15 votes in the Senate just because Texas has more people than the smallest 15 states put together.

And Democrats also should not be fooled by Sen. Ted Cruz’s warnings that Democrats really, truly could beat him in Texas this November. The Princeton-educated Republican is no dummy. He is simply baiting Democrats to blow fistfuls of money in his state, and simultaneously riling up his base with the bogeyman of a Democratic win. The wily Cruz is setting a trap for Democrats that they desperately need to avoid.

As more and more people move into Texas from other states, and white Texans become a smaller and smaller minority, Texas probably will move toward Democrats, just as Colorado, Nevada and New Mexico have done, and as Arizona is in the process of doing. But Texas isn’t there yet, and going for broke in the Lone Star State could be a $50 million mistake that Democrats in other, less expensive and more winnable races can’t afford.

In short, Democrats, take this advice in 2018: Be strategic. Don’t trade three or four Senate seats for one. 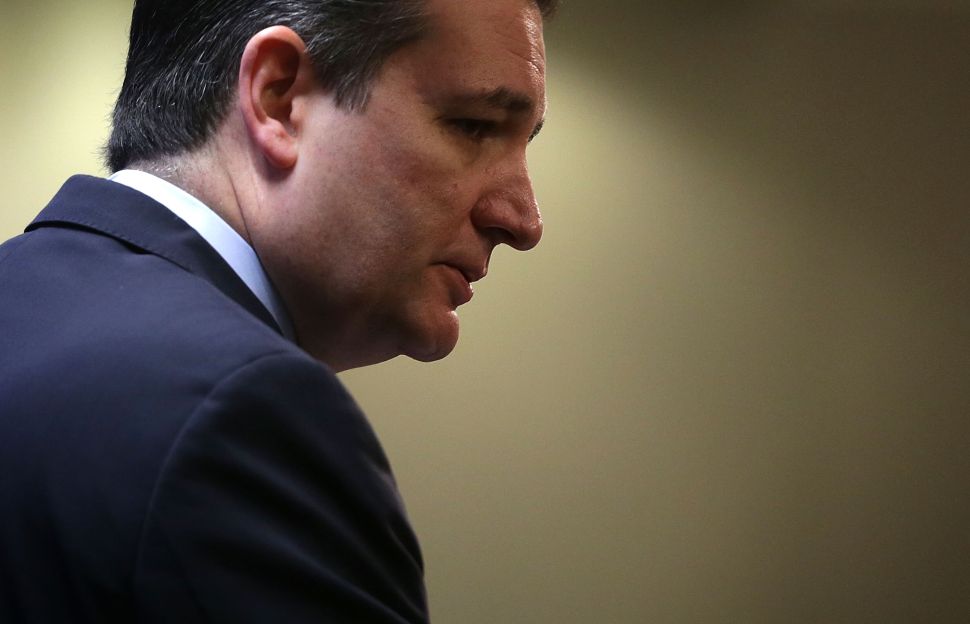