If Democrats are to maximize their gains in November’s midterms, they need to focus on one thing and one thing only: standing up to Donald Trump. They must convince the public that Democrats will stand up to the president and that Republicans will not.

Naturally, this assessment runs contrary to the hot takes of all the brilliant pundits, professors and even Senate Minority Leader Chuck Schumer, who tell us repeatedly that Democrats have to run on something more than their opposition to Trump.

They’re wrong. All of them. They’re all wrong.

In fact, a recent USA Today/Suffolk University poll demonstrates that opposition to Trump is, in fact, a galvanizing issue, and Democrats would be wise not to muck it up with an overload of too many messages.

Historically, midterms are all about incumbents. We have seen time and again since pollsters began polling on presidential approval that the parties of presidents who are under 50 percent approval heading into the midterms get clobbered when votes are counted. Dating back to Harry Truman in 1946, presidents under 50 percent have seen their parties lose an average of 39 House seats and six Senate seats during midterm elections. Midterms are the public’s opportunity to make what is known in sports parlance as “halftime adjustments.” It’s our chance to check the president and change course if we are dissatisfied with the occupant of the White House.

And we are. The USA Today/Suffolk poll shows that 58 percent of respondents want a Congress that will stand up to Trump and only 32 percent want a Congress that will cooperate with him. This naturally bodes well for Democrats, but so far they are not maximizing their advantage: the same poll showed that respondents only give Democrats a 47 to 32 percent advantage on the generic congressional ballot.

A 15-point edge is still a yawning chasm, and if those numbers are anywhere close to being correct, Democrats will easily reclaim the U.S. House of Representatives this November, as well as a good number of governorships and state legislative chambers. (The U.S. Senate is a heavier lift, with Democrats defending 26 of the 34 seats up for election this fall.)

But a 26-point edge—which is the margin between those who want Congress to stand up to Trump and those who want Congress to work with him—would be a tidal wave. Democrats would not just win big this November; they would win in places that would otherwise be considered unimaginable locales for Democratic victories—just as they have been doing in special elections throughout the country for the last 14 months.

The way to get closer to that 26-point edge is to give the public what it wants: opposition to Trump. Democrats need to hammer home that they will oppose Trump, because that’s what the public overwhelmingly wants.

They also need to convince the public that Republicans cannot be counted on to do it and that only Democrats will do so. The 11-point gap between those who want Congress to buck Trump and those who plan to vote Democratic indicates there is a segment of voters who still cling to the deluded hope that Republicans will eventually cross swords with their own president. With no fewer than 81 percent of Republicans expressing support for Trump at any point thus far in 2018, rest assured that no significant number of Republican officeholders are going to get crosswise with four-fifths of their primary electorates. Democrats need to send the message that they—and only they—will stand up to Donald Trump, and that is why voters need to put them in charge of Congress this November.

A midterm election is a referendum on the president. If Democrats forget this simple historical fact and start muddying their message, they may find they have left dozens of seats on the table when the dust from the midterms has cleared. 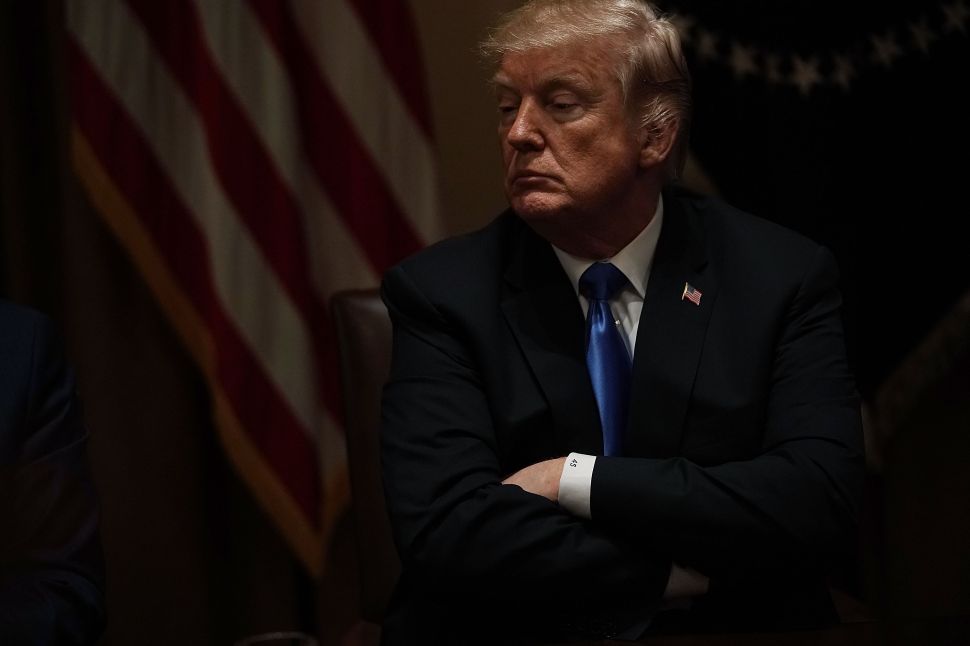