What exactly does the term “emerging fashion designer” mean? According to two major fashion competitions, the loose definition is a label that you’re definitely familiar with, but wouldn’t quite consider to be a household name—at least not yet.

Such was the case this week, when both the Council of Fashion Designers of America (CFDA) and LVMH released information on their upcoming prizes and awards.

First came details on the finalists for the LVMH 2018 Prize for Young Fashion Designers, announced on Thursday afternoon. Of the nine brands who made the cut, only two were based in the U.S.: Eckhaus Latta and Matthew Adams Dolan. The rest hailed from London (Charles Jeffrey Loverboy and Kwaidan Editions), Paris (Ludovic de Saint Sernin), Antwerp (Botter) and Tokyo (Doublet). Surprisingly absent from this representation of fashion capitals is Italy—but that’s a story for another time.

The designers will be pitted against each other this coming June at the Fondation Louis Vuitton, when a jury including designers Nicolas Ghesquière, Marc Jacobs, Jonathan Anderson, Clare Waight Keller as well as LVMH execs Delphine Arnault and Sidney Toledano will pick one youthful victor.

Zoe Latta and Mike Eckhaus have been fashion darlings for quite some time, despite requiring editors and influencers to trek to Bushwick to see their fashion show for the past two seasons. The bi-coastal design team (Eckhaus resides in NYC, while Latta is based in L.A.) produces genderless garb that appeals to club kids and has already received recognition by the Hammer Museum in L.A. and MoMA PS1 in New York.

Matthew Adams Dolan, meanwhile, is a favorite of Rihanna, having produced a number of head-to-toe denim getups for the pop star. His true sartorial claim to fame, however, is toying with the proportions of the classics, like blowing up the cuffs on a button-down shirt or curving the shoulders on a basic blazer. It’s that keen eye for attention that has garnered him some major buzz, including profiles in the pages of Vogue and T Magazine.

The budding talents nominated for a CFDA Award this year aren’t really a group of underground designers right out of school, either. That might not come as much of a surprise, as there’s a corporate push behind the Swarovski Award for Emerging Talent, because, yes, it’s sponsored by the crystal giant. The winner will “receive generous financial support from Swarovski as well as exposure to the company’s vast and innovative Swarovski crystal resources,” according to the CFDA, which announced the news of the awards late on Thursday evening.

In fact, most of those names are incredibly familiar to the fashion flock, especially those who follow the CFDA’s array of various competitions and incubators. In 2015, for example, James was awarded the CFDA/Vogue Fashion Fund Award for her made-in-Africa shoe collection; the duo behind the romantic floral frocks of Brock Collection took home that same award the following year.

Sies Marjan was lauded by many (including this website) as the brand to watch in February 2016, and Lak has lived up to that intimidating title. His mastery of colors, particularly those candy-hued silk dresses and fuzzy sweaters, has turned the brand into a celeb favorite.

Jean-Raymond has also made headlines, for his unflinching desire to use his runway as a stage for contentious topics, including his father’s immigration from Haiti to New York in the ’80s, the stigma around mental health and even pitting Bernie Madoff against Bernie Sanders. He’s known not just for pushing out pretty clothes, but for apparel that makes shoppers actually think about the significance behind their purchases.

However, there’s a good chance you’re not yet acquainted with Amiri, which was recently called “the most popular men’s luxury brand you’ve never heard of” by The New York Times. The L.A.-based range started off with shredded denim and sweaters with intentional holes, but has since grown to include equally distressed California cool items for women, including skirts, skimpy slip dresses and silken bomber jackets.

To these major governing bodies of fashion, it seems that an emerging creative is no longer considered to be a recent design school graduate or supremely talented teenager who simply stumbled onto the scene; you now need an A-list following, a few major profiles and perhaps even your own boutique to be among that designation. Young designers, you’ve been warned. It is, indeed, harder to make it in fashion now than ever before. 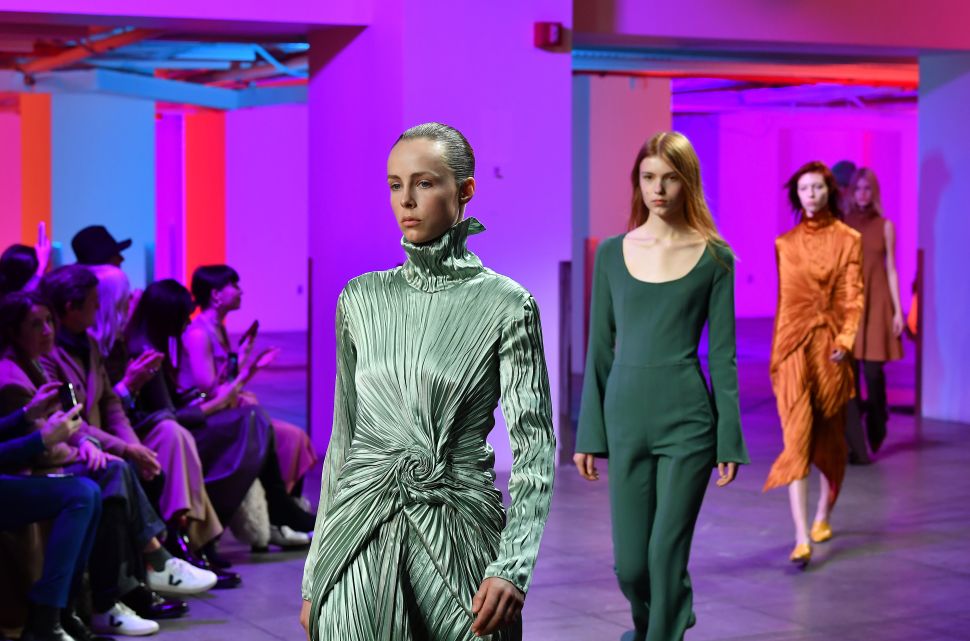