Emma Roberts has left the Kappa Kappa Tau house. The erstwhile Scream Queens star made her first home purchase since the Fox show ended, in the form of a three-story Mediterranean villa in Los Angeles.

The American Horror Story actress doled out $4.02 million for the 3,802-square-foot abode in the gated Laughlin Park community, says Variety. She paid slightly above the $3.99 million listing price.

A cozy living room on the first floor opens to the large patio and is adjacent to a full wet bar. There’s also a full seated bar.

The master suite contains two mahogany closets that surely even Chanel Oberlin would approve of, and the bathroom has additional custom closets, a steam shower and a separate tub.

It’s not clear if Roberts’ on-again fiancé Evan Peters is also moving into the Los Feliz area home, but it would add yet another famous face to the already celebrity-beloved neighborhood. In January, former Pretty Little Liars actress Ashley Benson bought a $1.8 million home in the very same Laughlin Park enclave and Natalie Portman also owns a home in the gated area. Kristen Stewart, Troian Bellisario and Jon Hamm all reside in the vicinity, and Angelina Jolie set a record for Los Feliz when she paid $24.5 million for the Cecil B. DeMille estate in June 2017.

Roberts previously resided in a 2,200-square-foot Laurel Canyon abode, which she bought for $1.25 million in 2012. Roberts subsequently sold that home in August 2016 to her American Horror Story co-star Sarah Paulson, in a $1.65 million off-market deal.

When Paulson embarked on a renovation of the Laurel Canyon property, she came across a welcome surprise that even Roberts was unaware of.

“I had the guy come up,” Paulson told Architectural Digest, “and it turns out there is a pool already underneath the ground!” After Paulson told Roberts about her discovery, Roberts joked she would have charged Paulson “so much more money!”

Luckily, Roberts doesn’t need to worry about any pool drama in her Los Feliz pad—the new purchase is already equipped with a full swimming pool and a separated spa. 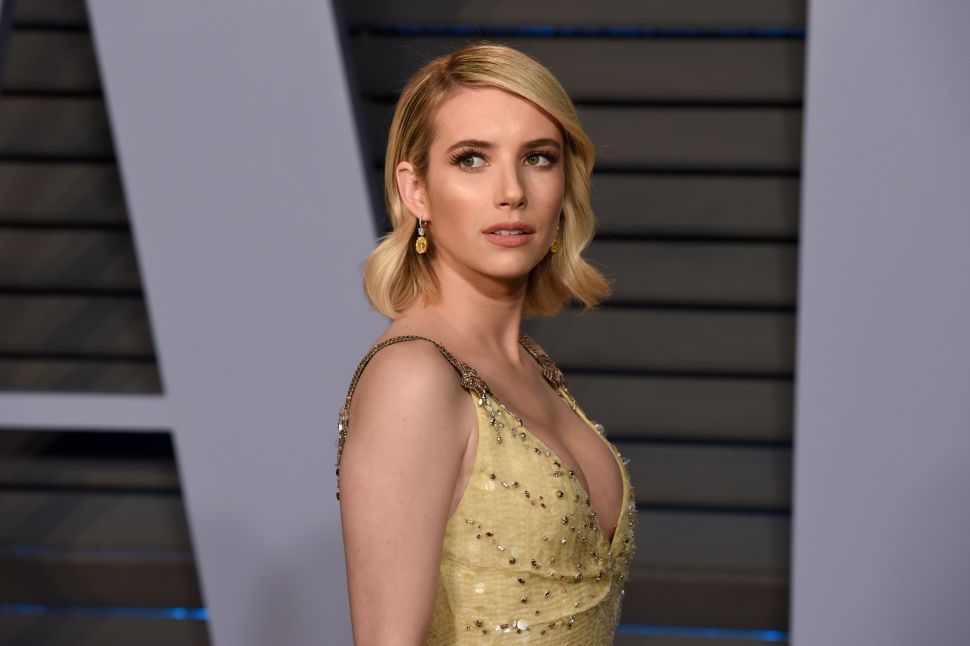