Foreseeable Future Foundation Founder Griffin Pinkow has run four marathons: New York City, Boston, Chicago and Philadelphia. He also competes on the cycling circuit at a national level, despite only picking up the sport two years ago. He’s competed in World Ultra Timed Trial Championships in San Diego, riding over 150 miles in 12 hours. As if that’s not enough, he has recently learned to snowboard.

“Most people think I’m crazy, but I guess you have to be, to do this kind of stuff,” Pinkow tells Observer with a shrug. Griffin’s athletic achievements would be impressive for anyone, but they are even more so when you discover that he’s blind.

Pinkow was diagnosed with retinitis pigmentosa, a retinal degenerative disease at the age of 11. At the time, he was an active boy who “played every sport imaginable.” According to the Foundation Fighting Blindness, over 10 million Americans have inherited retinal degenerative diseases that lead to blindness. Pinklow is the only member of his family with the disease. “I was the lucky one,” he says.

His vision has steadily decreased ever since, and now, at age 25, he is almost completely blind. However, his tenacious spirit has not let something like compromised vision stand in his way. “There’s no excuse for not being active,” Pinkow says. “Sports are like my medicine. I want to show people that anyone can do these things.”

Before founding The Foreseeable Future Foundation last year, Pinkow volunteered for multiple nonprofits, including the Foundation Fighting Blindness. He realized a need for a nonprofit that was focused on making the lives of the visually impaired better, with a specific focus on sports. “The FFF,” as he calls it, raises funds and awareness for unsighted individuals who are either already athletes or kids and adults who have lost their sight and simply want to get moving.

“Obesity among the visually impaired is through the roof,” Pinkow told Observer. “The numbers are just insane. I know from my own experience that staying active is essential for my physical, mental and emotional health. I want to bring that message, and that possibility, to as many non-sighted people as possible.”

Pinkow cites Paralympic gold medalist Pam Fernandes, who manages the U.S. Association of Blind Athletes, as a major source of support and inspiration.

“We share the desire to tackle the world on our own terms and to help others around us follow their own paths,” Fernandes says. “It isn’t always easy to know the way. To have someone believe in you and support you along the way is often the first step. The world needs people like Griffin who can lead by example and show that blindness need not define a person, nor limit their potential!”

Pinkow also sees creating community and connectedness between the sighted and non-sighted as critical to his mission. “The first time we hosted a workout event, we noticed the room was divided like a middle school dance,” he laughs. “But instead of boys on one side and girls on the other side, it was sighted and non-sighted. We paired them up and they went through a circuit together. By the end, everyone was intermingled, just hanging out together.”

Next, Pinkow hopes to grow the scholarship fund so Foreseeable Future can send more kids to Camp Ability, a summer program for children. Eventually, he hopes to start a tandem cycling camp of his own.

“There’s really no limit to what someone can do,” Pinkow says. “It’s just letting them know that they can.” 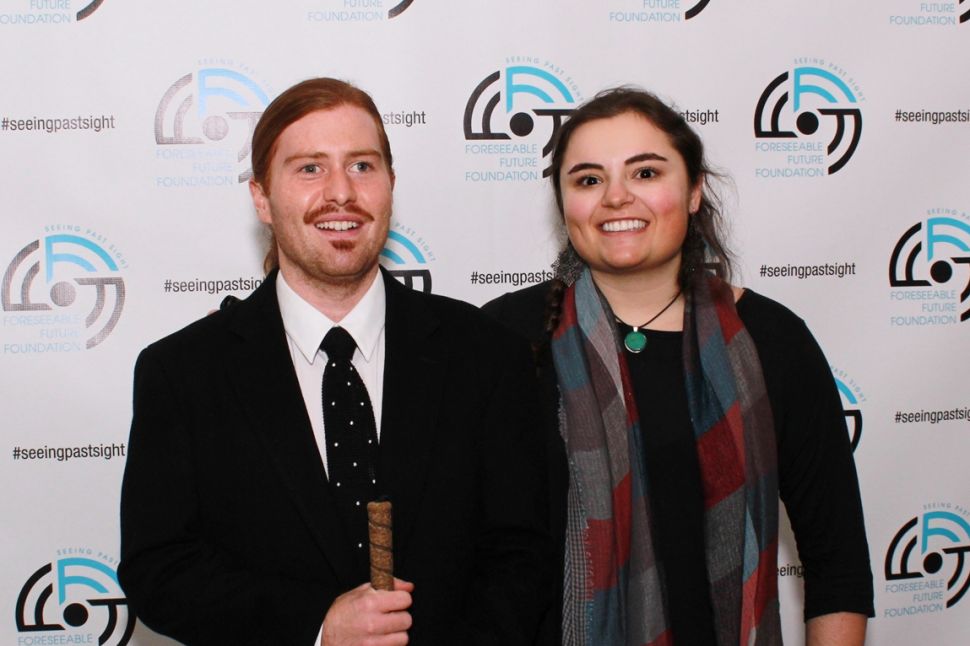