Despite being a registered Democrat, Cohn accepted a position in President Donald Trump’s administration because of the siren calls of power. Parlaying his experience as Goldman Sachs president into an advisory role in a White House helmed by a New York billionaire was a logical career move—one widely encouraged within the United States’ state-finance nexus system connecting political capital with financial hegemony.

Although Goldman taught Cohn leadership, the (former) advisor saw his authority diminished in an administration dominated by personalities.

Uncomfortable after President Donald Trump blamed “both sides” for a terrorist attack carried out by white supremacists in Charlottesville, Virginia, Cohn stayed in the White House to shepherd the GOP’s massive overhaul of the tax system. To punish his subordinate for public criticisms toward his handing of Charlottesville, Trump reportedly dropped Cohn’s name from consideration as future Federal Reserve chairman.

Rumors that the economic advisor would resign thereafter buzzed throughout D.C.’s corridors of power—corridors overshadowed by Manhattan’s skyscrapers. But Cohn stayed on, boasting of future infrastructure projects and the opportunity to architect meaningful policy.

Alas, the infrastructure shall be crafted by another.

After infighting between himself and nationalist hardliners like Peter Navarro over the issue of tariffs, Cohn realized it was time to return to his Northeastern kingdom.

Shortly after Trump boasted that everyone wanted “a piece of that Oval Office… a piece of the West Wing,” Cohn’s fellow New Yorker Maggie Haberman broke the news that Cohn wanted off the ride.

“Gary has been my chief economic adviser and did a superb job in driving our agenda, helping to deliver historic tax cuts and reforms and unleashing the American economy once again,” the president said in a statement.

If you can make it in New York, you make it anywhere—unless of course that place is Washington, D.C. run by Manhattan powerbrokers. 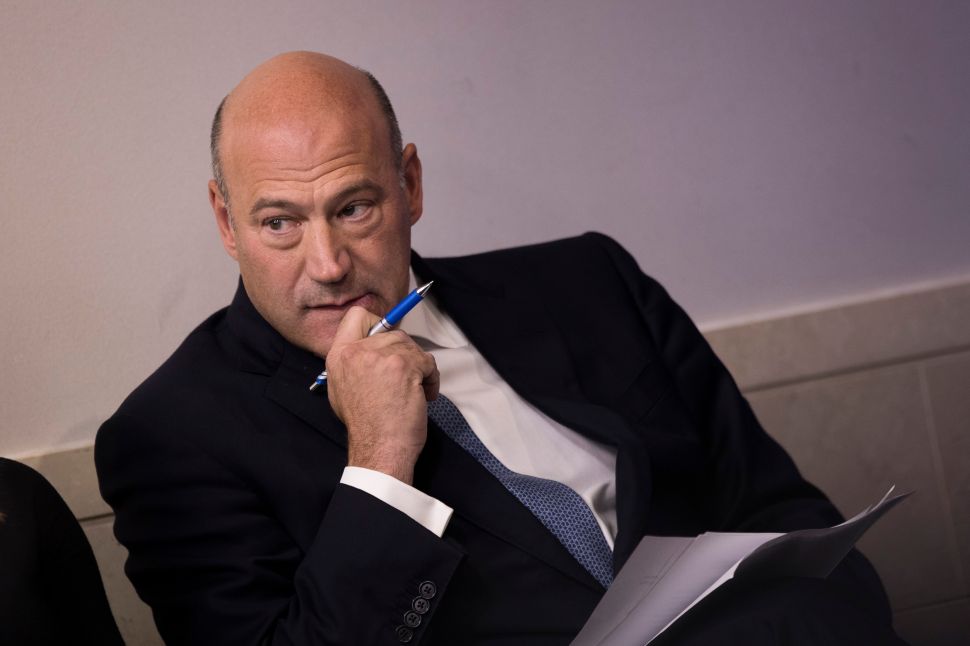