The Grey Gardens saga isn’t over yet. The East Hampton home, which gained notoriety after its inclusion in the Grey Gardens documentary that showcased the squalor in which “Little Edie” and “Big Edie” Bouvier Beale were living, was purchased by anonymous buyers for $15.5 million in December 2017. However, the new owners aren’t ready to move in just yet, as they’re embarking on some major renovations.

The buyers bought the property from journalist and author Sally Quinn, who has owned the home since 1979. She decided to sell the home after her husband, the legendary Washington Post editor Ben Bradlee, passed away in 2014. Quinn and Bradlee scooped up the home directly from the Bouvier Beales, and the couple completed an extensive renovation, as seen in the listing photos from when Quinn first hoisted the 6,000-square-foot house onto the market.

Alas, that renovation apparently wasn’t quite enough for the new residents. Neighbors and passersby noticed construction work on the two-acre estate in the past week, and uploaded photos via social media of the home—some were less than thrilled about the looming changes, expressing concern that the historic home would be torn down.

The new owners are adamant that the work they’re completing is actually just returning Grey Gardens to its original glory—that is, even before the Beales took ownership of the house in 1923.

They anonymously told Page Six they have no plans to destroy the home, which was built in 1897, and are taking care to retain every original detail. “We love and respect its history…We think of Grey Gardens as almost a museum and are treating the renovation as more of a historical restoration,” they said. “We have instructed the builders to protect and store everything that needs to be removed (including old bricks and moldings) so that we can reuse them. The windows are being replaced with restoration glass in the exact style that they were during the Beales’ ownership, and prior.”

Sotheby’s International Realty broker Frank Newbold, who represented the secretive buyers in the deal, told the East Hampton Star his clients are “a young family who know and love East Hampton and who are eager to respect and restore Grey Gardens.”

The owners have hired Kevin Hummel of John Hummel and Associates Custom Builders to supervise the renovation, which is already in full swing—the front porch and chimneys have been removed, and the full home is set to be lifted off the foundation in order to remodel the basement.

The building plans, per the Star, include demolition notes and additions about saving details like “decorative trim” and “existing bluestone.” If all goes according to plan, the new owners will have a 33-room house with seven bedrooms and eight bathrooms, plus a shiny new basement with wine room, rec room and a gym.

These new residents are surely having an easier time with this renovation than Quinn and Bradlee did upon purchasing the house from Little Edie in 1979. At the time, she refused to sell the home, because everyone just wanted to tear it down. She made Quinn promise she wouldn’t raze the abode, and claimed the place simply needed a “coat of paint.” Quinn kept her promise, despite the home being in a state of complete disrepair. “There were cats everywhere and raccoons wandering around. And raccoon skulls. Filthy beyond belief,” she told W in 2009.

Carl Bernstein bet the couple $100 the house wouldn’t be habitable by the next year, but Quinn and Bradlee prevailed, moving in the following summer. Perhaps the new inhabitants of Grey Gardens will have similar luck—minus all those animal skulls. 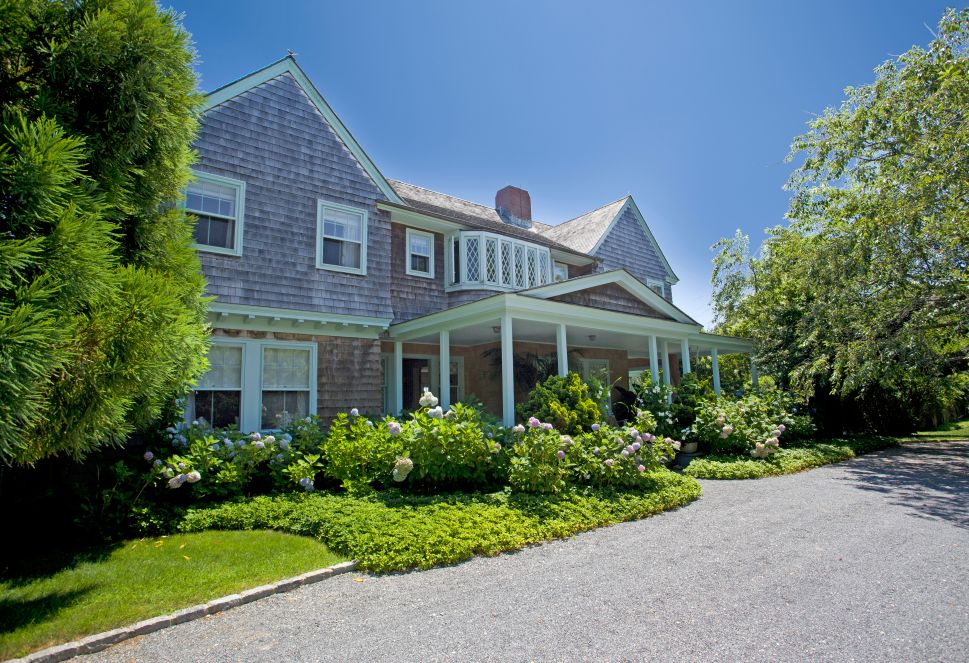