Despite touting his business acumen at running companies, President Donald Trump’s West Wing has seen unprecedented staff turnover. Senior positions in the White House currently remain vacant as aides scramble from one PR nightmare to the next, watching their brethren’s firings and resignations in breakneck succession.

Cohn’s tenure at the White House has been characterized by a willingness to challenge the president over policy and rhetoric—a distinction earned by few, but most notably by United States Ambassador Nikki Haley. The economic advisor publicly criticized the administration and reportedly drafted a letter of resignation following the president’s response to Charlottesville—where Trump blamed “both sides” for terrorist attacks executed by white supremacists—but stayed on to helm tax reform and infrastructure initiatives.

However, following Trump’s announcement of plans for steeper tariffs on steel and aluminum imports, Cohn is again considering a departure from the West Wing. The president’s announcement on Thursday veered from the advisor’s policy recommendations, tumbling the Dow Jones by over 500 points.

Former Staff Secretary Rob Porter’s resignation has reportedly upended the White House’s hierarchy, leaving Cohn to jockey for the president’s approval against nationalist hardliners like trade advisor Peter Navarro, according to POLITICO. Having lost the debate over tariffs, the director is reportedly frustrated with the current state of the White House and may resign in protest.

As Cohn sees his authority diminished among the Trump administration’s economic players, National Security Advisor H.R. McMaster is also rumored to be resigning.

After taking over former national security advisor Mike Flynn’s role—who was charged by the FBI for lying to federal agents last year during Special Counsel Robert Mueller’s investigation—McMaster sparred with Trump over national security rhetoric. Just two weeks ago, the president castigated McMaster on Twitter over remarks the advisor delivered at the Munich Security Conference related to Russian interference in the 2016 election .

General McMaster forgot to say that the results of the 2016 election were not impacted or changed by the Russians and that the only Collusion was between Russia and Crooked H, the DNC and the Dems. Remember the Dirty Dossier, Uranium, Speeches, Emails and the Podesta Company!

The White House just lost a staff secretary and communications director and may now lose its top ranking economic and national security advisors. But surely something else will break to distract the American people from a hollowed executive branch charred by infighting. 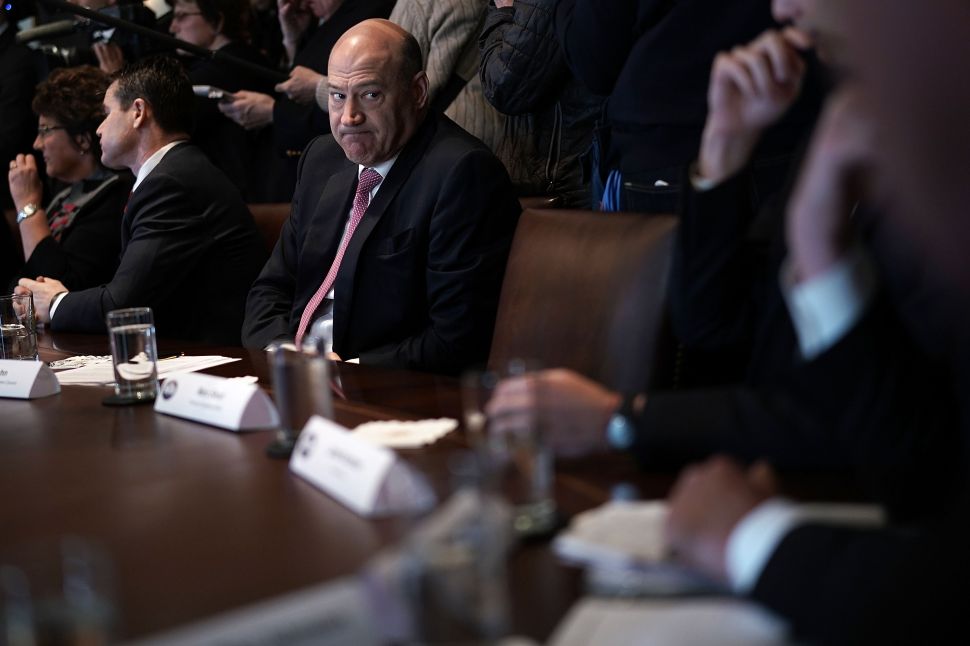