“At its core, this is about dysfunctional government agencies tasked with working together, and they did not work together for various reasons, including personal animosity and turfs wars,” Dan Futterman, executive producer and showrunner of Hulu’s new series, The Looming Tower told Observer. This description of his new show is entirely accurate…and pretty hard to hear. He’s talking about what he found in searching for an answer to the question that everyone seems to ask in the wake of a global catastrophe: How did this happen? And the event in question is one of absolutely devastating scale: September 11, 2001.

The series is based on the 2006 non-fiction book of the same name by Lawrence Wright, which earned the author the Pulitzer Prize that year. A narrative reenactment, it revolves around the characters of John O’Neill (Jeff Daniels) the chief of the FBI’s counter-terrorism unit and CIA Analyst Martin Schmidt (Peter Sarsgaard), and the failure of these agencies to stop the attacks. To say that these men clash on how to handle sensitive information is an understatement.

Although 9/11 occurred well more than a decade ago, Futterman was cognizant about how difficult an event it would be to revisit. “We’re always aware that we’re leading up to that and we’re aware of who’s going to be watching this.” But the way he describes it, he couldn’t not make the show. It seemed too important. “We kept coming back to the fact that there are a lot of questions that families of victims of 9/11 have been asking—why did this happen; how did this happen—things like that. I don’t think they’ve gotten a lot of those answers over 16-plus years of asking.” He hopes that the show actually serves a purpose, “We ask the same questions, and hopefully, answer some of them.”

The Looming Tower is an important piece of history, but it never comes across as heavy-handed. Daniels, Sarsgaard and Tahar Rahim—who plays Ali Soufan, a Lebanese-American who worked with the FBI and is credited with nearly thwarting the 9/11 attacks—each get to the humanity of the characters they are meant to portray. O’Neill is the seriously flawed hero; Schmidt, the callously arrogant antagonist; and Rahim the deeply conflicted protégé.

At a recent press event, Wright spoke about how John O’Neill was really the inspiration for the book. After essentially being pushed out of the bureau in 2001, O’Neill became head of security at the World Trade Center that year. It was an obvious fit; he’d dedicated much of his career to studying the 1993 W.T.C. bombing.

“When I spotted an obituary a couple [of] days after 9/11 for John O’Neill, it made him sound like he was a disaster,” Wright said. “He had been washed out of the bureau. He had taken a job as the head of security at the World Trade Center. I thought how ironic: The man who was supposed to get bin Laden didn’t get him; bin Laden got him.”

“But I now think it wasn’t ironic at all. It was Greek. Friends told O’Neill, ‘You’ll be safe now, John, because they already tried bombing the World Trade Center in 1993.’ And he said, ‘No, they’ll come back to finish the job.’ So, he instinctively placed himself at Ground Zero. And, he was ultimately right.”

It’s hard to watch O’Neill on this fact-finding journey, and know where it ends. The series works as a historical examination, but also a modern-day warning in the importance of effective communication within the U.S. intelligence community. The point is in showing how rivalries and overblown feuds can distract from the real work necessary to keep the public safe. Unfortunately, the lessons learned here are apparently not easily applied, and, sadly, seem only more relevant (and make one feel even more at risk) in today’s political climate.

Though well worth the time, The Looming Tower is rattling, to be sure. Not only because viewers are, in some ways, reliving the tragic event with each episode, but also because, in asking the question of “what happened” the show makes people realize how complicated, yet how simple, it is for mistakes to be made. And how ego and messy bureaucracy—something we have in spades today—so easily puts public safety at risk. Knowledge may be power, but it’s not necessarily comforting. 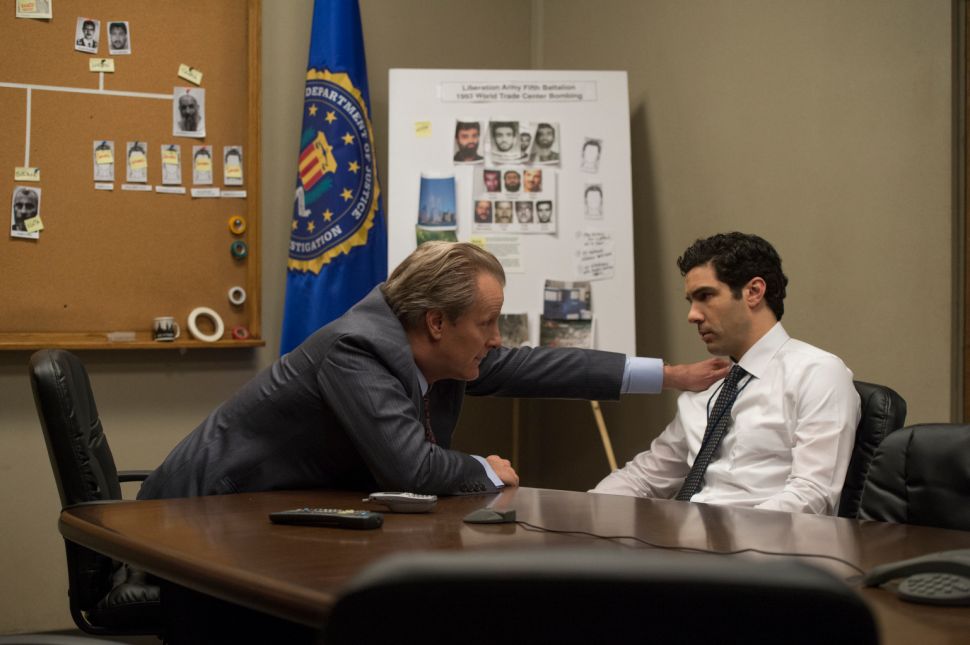