Today marks the 29th anniversary of the invention of the World Wide Web, a tech infrastructure that has become so ubiquitous that the AP Stylebook decided in 2016 that the words “internet” and “web” were no longer proper nouns but generic ones.

In the past three decades, the internet has connected half of the world’s population online, according to the Web Foundation. More recently, the internet fueled the success of some of the world’s largest tech companies—and, in effect, created their own share of problems like misinformation and the crisis of personal data security.

British computer scientist Sir Tim Berners-Lee, who invented the World Wide Web in 1989, believes that the problems that tech giants face today have grown beyond their abilities to fix them alone.

“The fact that power is concentrated among so few companies has made it possible to weaponize the web at scale,” Berners-Lee wrote in his annual public letter on Monday.

“We’ve looked to the platforms themselves for answers. Companies are aware of the problems and are making efforts to fix them—with each change they make affecting millions of people. The responsibility—and sometimes burden—of making these decisions falls on companies that have been built to maximize profit more than to maximize social good. A legal or regulatory framework that accounts for social objectives may help ease those tensions,” he explained.

His advocacy for increased regulation echoes that of social scientists.

“There are few solutions to the problems of digital discourse that don’t involve huge trade-offs—and those are not choices for Mark Zuckerberg alone to make. These are deeply political decisions,” Zeynep Tufekci, a sociology professor at the University of North Carolina at Chapel Hill, wrote in a widely-shared op-ed for Wired in January.

Berners-Lee’s advice for Zuckerberg and the owners of Facebook’s rival platforms: Rethink your profit model.

“Two myths currently limit our collective imagination: the myth that advertising is the only possible business model for online companies, and the myth that it’s too late to change the way platforms operate,” he wrote. “On both points, we need to be a little more creative.”

Despite the numerous new products and services Facebook and Google roll out to users every now and then, advertising remains the only channel for meaningful profits, accounting for over 95 percent of the duo’s total revenues.

More broadly, Berners-Lee believes the future of the web requires a discussion involving “a diverse cross-section of society.”

“Let’s assemble the brightest minds from business, technology, government, civil society, the arts and academia to tackle the threats to the web’s future,” he wrote.

But, in the first place, to enable full-scale public discussion on these issues, Berners-Lee says it’s crucial to make the internet accessible to everyone. For the half the world’s population who don’t have access to the internet, many living in middle- and low-income countries, getting online is a luxury.

“If we do not invest seriously in closing this gap, the last billion will not be connected until 2042. That’s an entire generation left behind,” Berners-Lee warned. 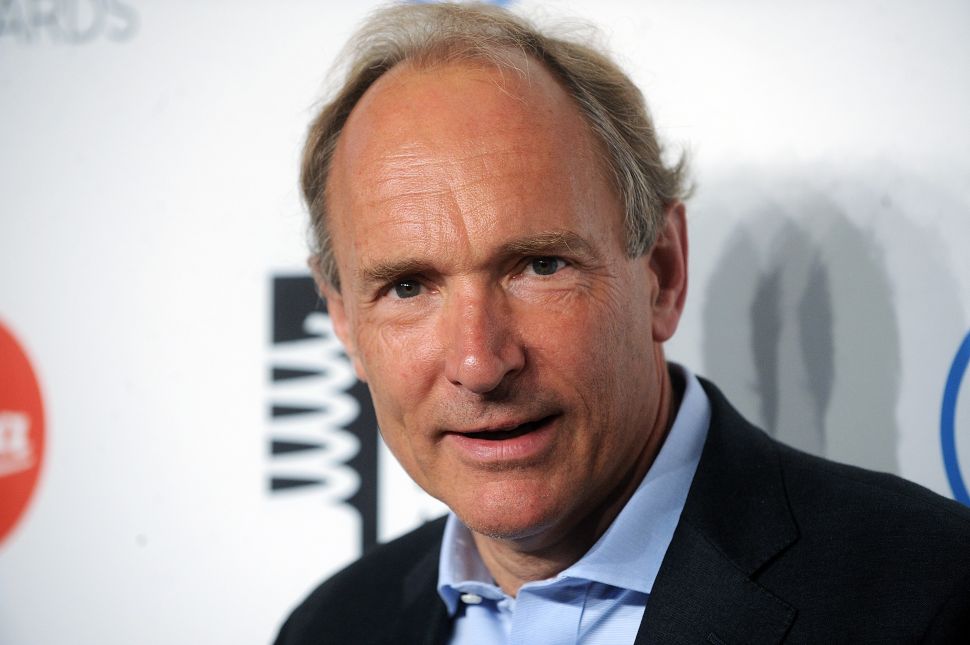