President Donald Trump’s appointment of John Bolton as national security advisor on Thursday sparked concern from many foreign policy experts. As a former United Nations Ambassador, Bolton pushed a nihilistic approach to diplomacy, whether in suggesting pre-emptive strikes against North Korea or the bombing of Iran.

Although the Trump administration has been accused of lacking a coherent grand strategy toward international relations, Bolton’s appointment signals a new platform for the White House’s foreign policy—one built off fear.

“The fundamental factor is fear. There’s a grand strategy: It is one of conveying a sense of fear in others and that will supposedly pay off in their change of behavior toward us,” Charles Hill, a former senior advisor to President Ronald Reagan and Secretary of State Henry Kissinger, told Observer. “It’s a Hobbesian way of looking at things.”

Coupled with Rex Tillerson’s ousting in favor of the hawkish Mike Pompeo to helm the State Department, Trump’s National Security Council is defined by military hardliners.

“You’ve got to have people who are more fearsome in order to convey fear to the people you want to influence,” explained Hill, who also serves as Yale University’s Diplomat-in-Residence. “Bolton is more that way than [outgoing National Security Advisor H.R.] McMaster. Pompeo is certainly more that way than Tillerson. This leaves [Secretary of Defense James] Mattis standing alone.”

“It’s an internal game of chicken, [both] with your enemy, but also your own team,” added the grand strategist.

“You can see the temperature slowly rising, and I’m not sure if those involved really have thought through what these kind of challenges and counter-challenges will lead to,” said Hill. “The U.S. is reacting in a way it made clear it would react, that we would take a stand against any attempts to take over Taiwan by force.”

Bolton’s appointment anticipates upcoming negotiations between the president and North Korean Leader Kim Jong-un, and comes during a diplomatic crisis with Russia. Though Trump congratulated Russian President Vladimir Putin on his reelection earlier this week, the White House and top military officials have embraced a firmer stance toward the country’s disinformation campaigns. 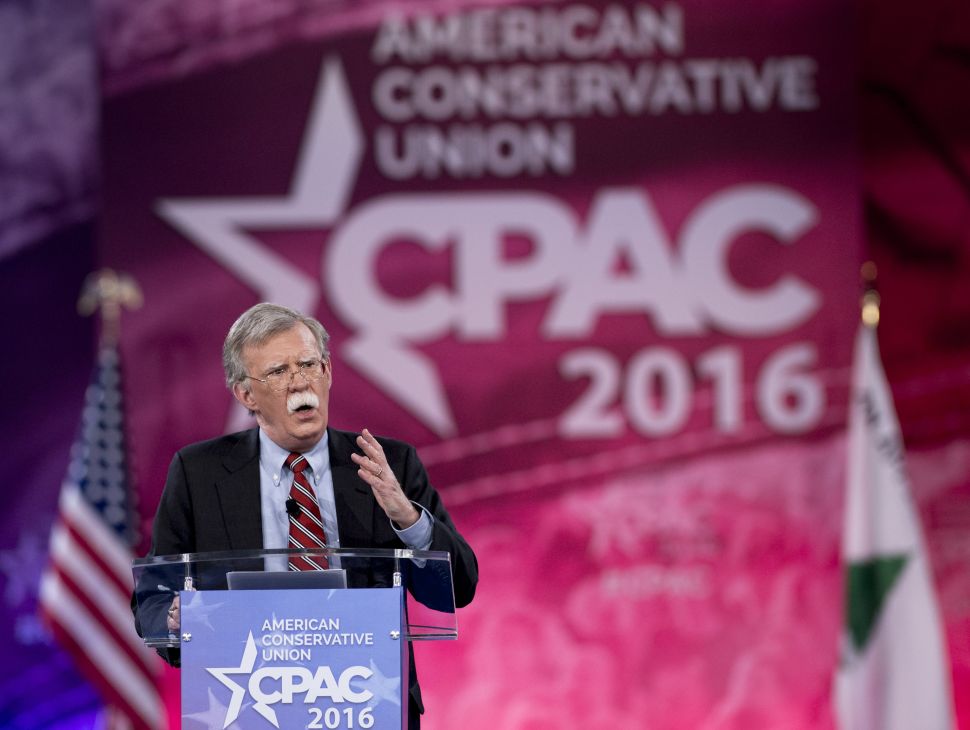