Disney and Marvel have created the most consistently successful product in the history of Hollywood with the Marvel Cinematic Universe (MCU).

After 18 films, it’s more than clear that the critical and commercial highs of the franchise have Hulk-smashed whatever benchmarks for success the industry had previously looked toward as signifiers. The MCU has single-handedly reoriented our expectations of blockbuster entertainment.

The man behind all of that ground-breaking success is Marvel Studios head Kevin Feige, who is busy putting the finishing touches on the decade-in-the-making MCU culmination Avengers: Infinity War. The entire big screen continuity has been building to this event, and though the MCU is set to continue on after the core roster departs following 2019’s Untitled Avengers, Feige does promise fans a sense of finality and completion in Infinity War.

“With Infinity War, it’s coming to a climax, coming to a conclusion of seeds with all the MacGuffins in various movies, and with Untitled Avengers a year later, bringing what will be that first 22 movie arc to a finality,” Feige told Entertainment Weekly in a recent interview. “That doesn’t mean there are no movies after that. Of course not. It means the movies after that will be changed. Again, it goes to the comics. Every great event in the 50 plus years of publishing history would have an impact on the individual books going forward after that.”

But how, exactly, will Infinity War influence the future MCU stories?

Many believe that several of our main heroes could be killed off in the battle against Thanos and beyond, opening up the door for a Bucky Barnes or Falcon to become the next Captain America and others characters to step into an Iron Man suit. While Feige does speak quite a bit about finality—and directors Joe and Anthony Russo have a strong grasp of narrative stakes and emotional weight—he’s hesitant to tie completion with casualties.

“People always will jump to [death],” Feige continued. “That’s not necessarily what we’re talking about. I talk a lot, because I’m a big-ass nerd, about Star Trek: The Next Generation, ‘All Good Things.’ That to me is one of the best series finales ever. That wasn’t about death. Picard went and played poker with the crew, something he should have done a long time ago, right?”

Feige is also on the verge of being given a handful of shiny new toys to play with that will easily help the successful transition of the Marvel Cinematic Universe away from the familiar Avengers. Should Disney’s $52 billion acquisition of 21st Century Fox be approved, the X-Men and Fantastic Four would finally be brought back under the Marvel Studios label. It’s a prospect that has enticed fans for years in dream scenarios online but is now on the brink of reality.

Feige remains coy, promising that he’s only focused on the upcoming slate of MCU films, but we find it hard to believe that he and his talented creatives haven’t already begun to plot out the integration of these fan-favorite characters.

“No. It’s all about getting Infinity War finished and out, starting Captain Marvel, Ant-Man and the Wasp, Untitled Avengers, the next Spider-Man and Guardians of the Galaxy: Vol. 3,” Feige told the outlet. “These are the ones that are keeping us busy. When and how that deal with Fox finishes and comes together and we’re told, “Hey, now you can start working on it. Now you can start thinking about it,” is when we’ll actually start thinking about it. I will say just the notion of having what, frankly, most other companies with [intellectual property] have all along, which is access to all of their characters, that would be fun.”

Avengers: Infinity War has been moved up one week and will now hit theaters on April 27 instead of May 4. 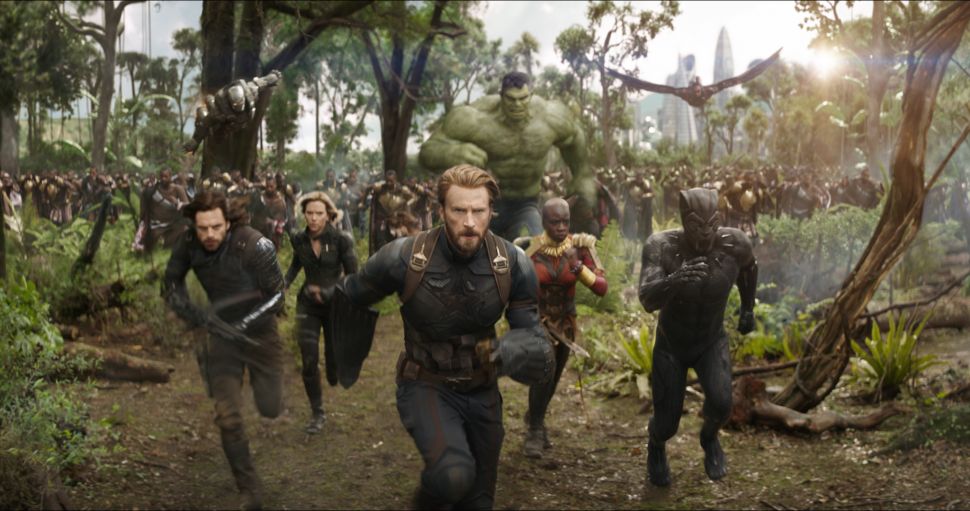