The largest gun sellers in the U.S. are raising their minimum age requirement for gun purchases from 18 to 21 in response to the mass shooting committed by a 19-year-old in Parkland, Fla. on February 14 that killed 17 people.

Kroger, the largest supermarket chain in the U.S., said on Thursday that it will stop selling guns to anyone under 21 years old through its 43 Fred Meyer stores nationwide, The Wall Street Journal first reported.

In addition, Kroger will reduce the retail space for firearms in all Fred Meyer stores, which have a presence in Alaska, Idaho, Oregon and Washington.

“We believe these are common sense steps we can take immediately that are in line with our values and our vision,” Kroger told Observer in a statement. “Recent events demonstrate the need for additional action on the part of responsible gun retailers. In response to the tragic events in Parkland and elsewhere, we’ve taken a hard look at our policies and procedures for firearm sales.”

On Wednesday, Walmart and Dick’s Sporting Goods, the two largest gun dealers in the country, both raised the minimum age for firearm sales from 18 to 21.

Under current law, licensed gun dealers can legally sell rifles to people over 18 years old and sell handguns to those over 21.

In addition to age screen, all gun buyers who purchase from a federally licensed dealer are subject to FBI background checks, which have faced criticism for overlooking thousands of unqualified buyers each year.

Twenty-one states run their own background checks by examining state and local records of criminal and mental health history to supplement the FBI system, according to firearm news site The Trace.

While both President Donald Trump and Florida Gov. Rick Scott have openly supported raising the minimum age for gun buyers, the National Rifle Association (NRA) has rejected the suggestion, citing  the Second Amendment.

At the same time, we implore our elected officials to enact common sense gun reform and pass the following regulations: https://t.co/J4OcB6XJnu pic.twitter.com/VUuFKkyk6c 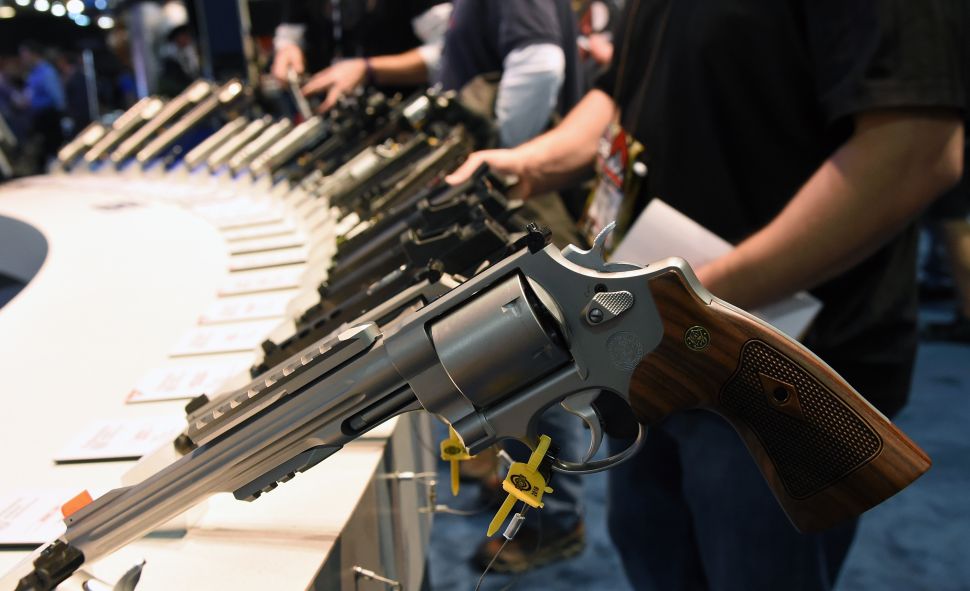