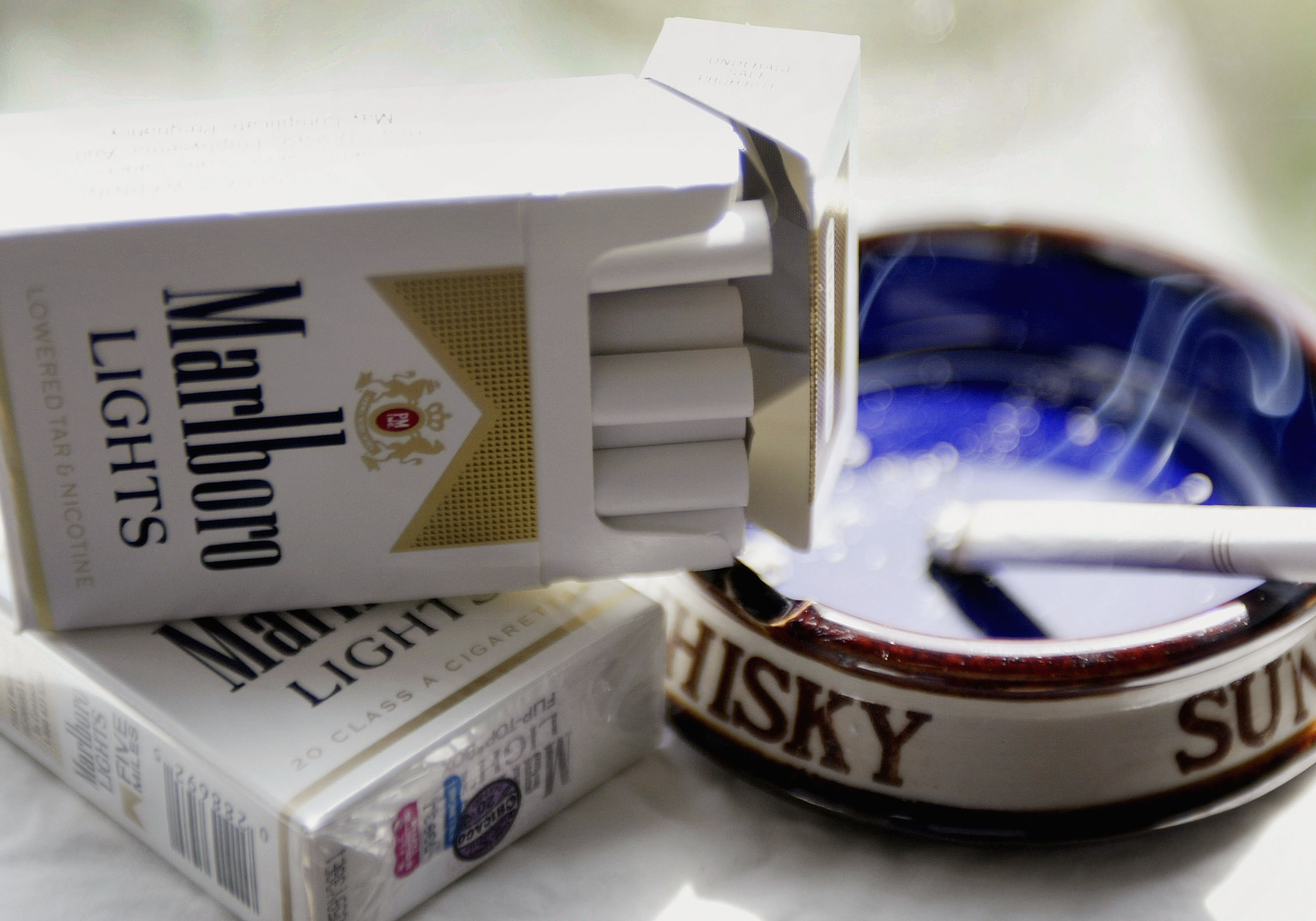 “We are in the business of relaxing people who are tense and providing a pick up for people who are bored or depressed. The human needs that our product fills will not go away. Thus, the only real threat to our business is that society will find other means of satisfying those needs.”

We don’t know which employee of tobacco giant Philip Morris wrote the above words as part of a memo sent to company brass in 1970. But we do know the next sentence s/he typed.

“Many regard marihuana as an alternate, and perhaps a superior, method of satisfying the needs that cigarette smoking satisfies,” as the internal company memo obtained decades later by tobacco-industry researchers at the University of California, San Francisco reads.

The context was an earlier inquiry from the federal Bureau of Narcotics Enforcement. The agency asked if Philip Morris would help provide a chemical analysis of cannabis smoke. The company was weighing whether to comply. The answer, the memo author argued, was obvious: “In this situation, business theory strongly suggests that we should learn as much as possible about this threat to our present product.”

How much of a threat marijuana truly presented to a highly addictive product already used by nearly 40 percent of American adults is unclear, but cigarette-makers took notice. Philip Morris and its competitors, British American Tobacco and RJ Reynolds, all considered entering the weed game at various times, according to other internal documents unearthed by UCSF.

As it happened, the government intervened, to tobacco companies’ benefit. Later that same year, Congress passed and President Richard Nixon signed into law the Controlled Substances Act. By 1973, the smallish narcotics bureau was replaced by the Drug Enforcement Administration, a global police force that would wage what Nixon described as “an all-out global war on the drug menace.”

Decades of military-style raids compared unironically to the Nazi occupation of Europe followed. Cannabis became so hard to find that the entrepreneurial-minded turned to other commodities. “You just couldn’t get it,” lamented would-be pot-seller Rick Ross, who instead sold an estimated $600 million worth of crack cocaine. You know the rest: punitive and nakedly racist drug laws, more and more radically militarized policing, accelerated urban decay, overcrowded prisons, seizures of Americans’ property and assets without trial.

Fifty years of all that served only to delay what tobacco-company researchers and the unnamed memo-writer knew was inevitable. Cannabis, the country’s most valuable cash crop, is now a legal commercial commodity in eight states. Tobacco is still a banner business—how can it not be, when entry is so strictly regulated the result is a near-monopoly?—but in the meantime, Americans’ tobacco use has declined by more than 50 percent.

It doesn’t take a stable brain genius to figure out how the company pivoted. The annual report of the Altria Group, Philip Morris’s $26 billion parent company, does not mention marijuana as a threat to its bottom-line—its main “challenges” are anti-smoking restrictions, from the same government that gave it a generation’s reprieve from weed—but the company has absolutely moved toward legal marijuana, directly and indirectly.

After telling VICE that the company had “no plans to sell marijuana-based products” in 2016, later that same year, Philip Morris International sunk $20 million into Syqe Medical, an Israeli-based firm that makes 3D-printed cannabis inhalers. In the years prior, the company’s European subsidiary, Philip Morris Products S.A., applied for and received a patent for plants “producing terpenes of interest… including…. Cannabis sativa.”

Since then, the company has been busy marking as its intellectual territory a slew of vaping devices, patenting a potential future hoard of e-cigarettes and other solid and liquid vapes—many of which bear a striking resemblance to marijuana dispensaries’ most popular products.

Besides tobacco, cannabis also poses a threat to other popular chemical unwinding methods. Molson Coors is only the most recent big alcohol company to tell its investors that, hey, legalization could hurt our bottom line. Other firms, like Constellation Brands, reacted with the “join ’em” method, investing in cannabis companies.

If the patent rush is any proof, tobacco companies may go the hostile takeover route. Instead of buying out existing marijuana outfits, they have the money and the power to bury them in court.

Will they succeed? Should they be allowed to succeed? And if they do, will it be bad?

More so than the market, the answers to the above rely on the same government regulators who have steered the ship thus far.

There’s a rational argument to be made that if Altria went to cannabis, the world would benefit. If tobacco companies sold marijuana instead, that would probably be good for public health. Tobacco kills over 480,000 people a year. Weed kills nobody. Add economics—and emotion, and equity—and the question is harder to answer.

In 2010, when California voters were a few months away from deciding whether their state would be the first to re-legalize recreational cannabis for adults, an old and nasty rumor started swirling around cannabis circles. Philip Morris was up in Humboldt County, buying up old timber land. Big Tobacco was moving in—legalization was a front to take away small growers’ livelihoods.

The stories were wrong in the details—why buy rocky and remote land in the woods, where pot growers went to hide, when you have factories and processing facilities near population centers?—but they did capture an essential truth.

Where you find money, you will find Big Something, and the flip of the nation’s most popular illicit drug into the latest legal industry absolutely means big money.

In the report summarizing tobacco companies’ aims on marijuana, the UCSF researchers provided a warning—and a possible path forward. “Policymakers should learn from their successes and failures in regulating tobacco,” they wrote.

That should be read from a policy standpoint, not one of public health—and these are the policymakers on whom Altria sprinkles more than $100 million a year in lobbying. That’s a bad sign, and there’s reason to fear for a monopolized marijuana industry. Thus far in California, high taxes and onerous government regulations have created a thriving underground market and kept nearly all of those conspiracy-minded small growers away from the legal market.

Big Tobacco’s power move on marijuana was inevitable—a 50-year itch. It’s just beginning, but so far it’s looking like Marlboro Greens will turn from an April Fool’s joke to a 4/20 special in the near future. 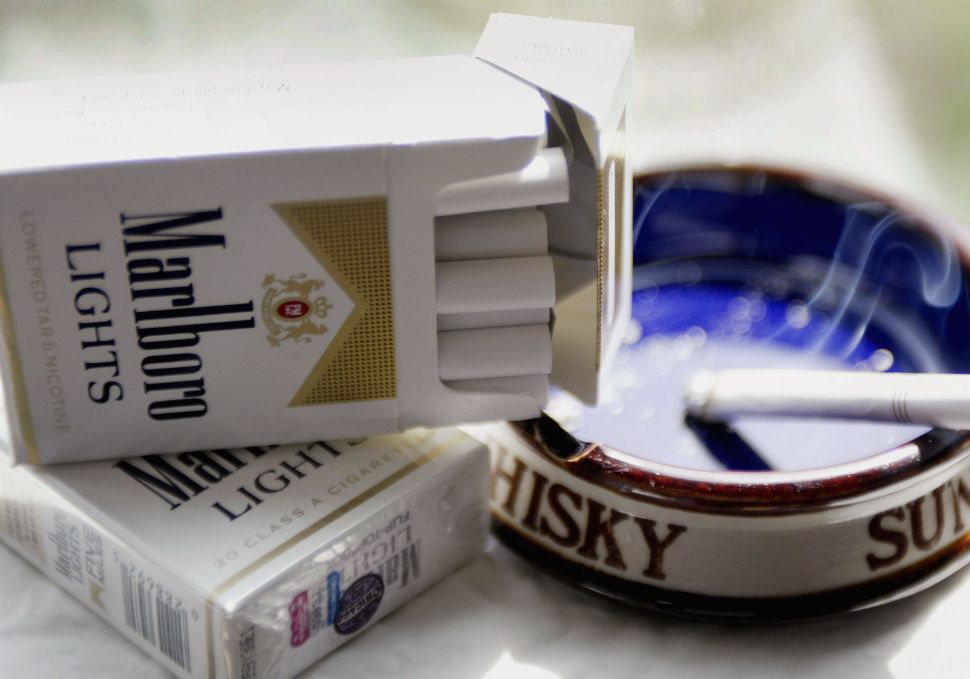