An Upper East Side townhouse with ties to the Vanderbilt and Johnson & Johnson families has finally sold.

Late socialite Elizabeth “Libet” Johnson was the most recent owner of the five-story home at 16 East 69th Street. She paid $48 million for the seven-bedroom, 8.5-bathroom brick and limestone house in 2011.

The 12,111-square-foot abode was built in 1881 and was later purchased by Alice Gwynne Vanderbilt in 1900. When Johnson took ownership of the 33-foot-wide house, she bought it from Beauty.com founder Roger Barnett and his wife, Sloan Lindemann Barnett.

The Johnson & Johnson heiress didn’t have much luck getting rid of the extravagant house, which lingered on the market after she first listed it for sale in April 2017 for $55 million. The price was decreased to $45 million shortly after her death in June 2017 and was further discounted to $39 million in October, at which point it found a buyer. The new owner is billionaire Tianqiao Chen, president and CEO of Shanda Group, per The Real Deal.

Johnson brought in leather and metal-loving architect Peter Marino to redesign the typically ritzy Upper East Side abode. There’s a wine cellar, gym and even a hair salon within the confines of the lavish house, as well as more classic features like period moldings, five wood-burning fireplaces and a pristine black and white marble entry.

There’s also a landscaped garden and two terraces, per the listing Sotheby’s International Realty broker Serena Boardman shared with Brown Harris Stevens broker John Burger. Each floor can be reached by either the winding staircase or an internal elevator—even the lower level, which has a custom nightclub that is, naturally, equipped with a bar.

It’s not yet clear how often Chen plans on residing in the palatial home, as his online games company is based in Shanghai. Perhaps he’ll offer the house as a rental, as Johnson once attempted to, when the abode was listed for a staggering $100,000 a month. 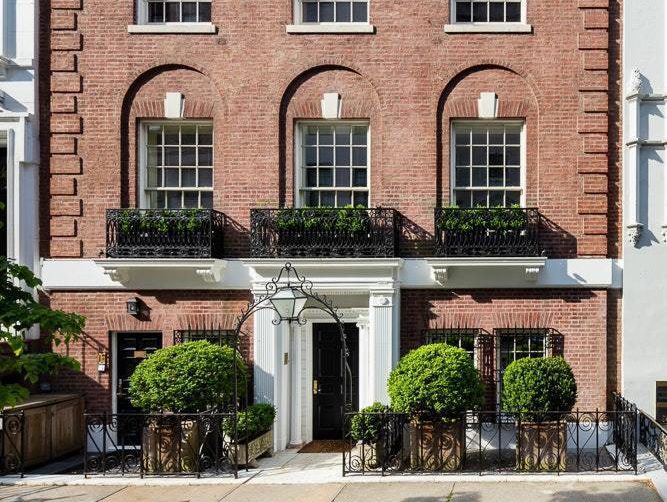