Lin-Manuel Miranda and Ben Platt both have a lot going on at the moment.

Miranda came to fame through the excellent In the Heights and Hamilton and is now co-starring in Disney’s upcoming Mary Poppins Returns. Platt first caught mainstream attention in the Pitch Perfect movies, starred in Dear Evan Hansen on Broadway and was recently cast in Ryan Murphy’s new Netflix series. But amidst their busy schedules, the two singing sensations are teaming up on a new mash-up song to support the March for Our Lives campaign spearheaded by the Parkland students.

The song, “Found/Tonight,” mixes and matches from—what else?—Hamilton and Dear Evan Hansen. Part of the proceeds will go to the anti-gun violence march slated for Saturday.

The team took to Twitter to announce their partnership.

Honored to team up with @Lin_Manuel on “Found/Tonight,” a gorgeous mashup of @HamiltonMusical and @DearEvanHansen arranged by the great @LacketyLac. Proceeds go to the incredible #MarchForOurLives Initiative, so stream & download & listen! #GunControlNow https://t.co/WrWiwer6YX

Though the effort is nationwide, the main march will be held in Washington, D.C. this weekend with the goal of spurring legislation change for gun control. Cameron Kasky, one of the surviving students from the Marjory Stoneman Douglas High School shooting that killed 17 people in February, also spread the word about the new song on Twitter.

@BenSPLATT and @Lin_Manuel did something amazing. You should go listen to it.

Found/Tonight. Download it. Portion of the proceeds going to our movement.

This song takes the two songs I listen to most for inspiration and puts them in one nice convenient spot.

The Parkland shooting has stayed in the public consciousness longer than other recent mass shootings thanks in large part to the students who have kept it at the forefront of conversation with their activist efforts. These efforts include the March for Our Lives campaign, last week’s student walkout and a town hall meeting with Senator Marco Rubio and others broadcast on CNN a few weeks ago.

In response to public outcry, many retailers such as Dick’s Sporting Goods have raised the minimum age requirement for purchasing certain firearms. Celebrities have also joined together to lobby Amazon to cut NRATV. 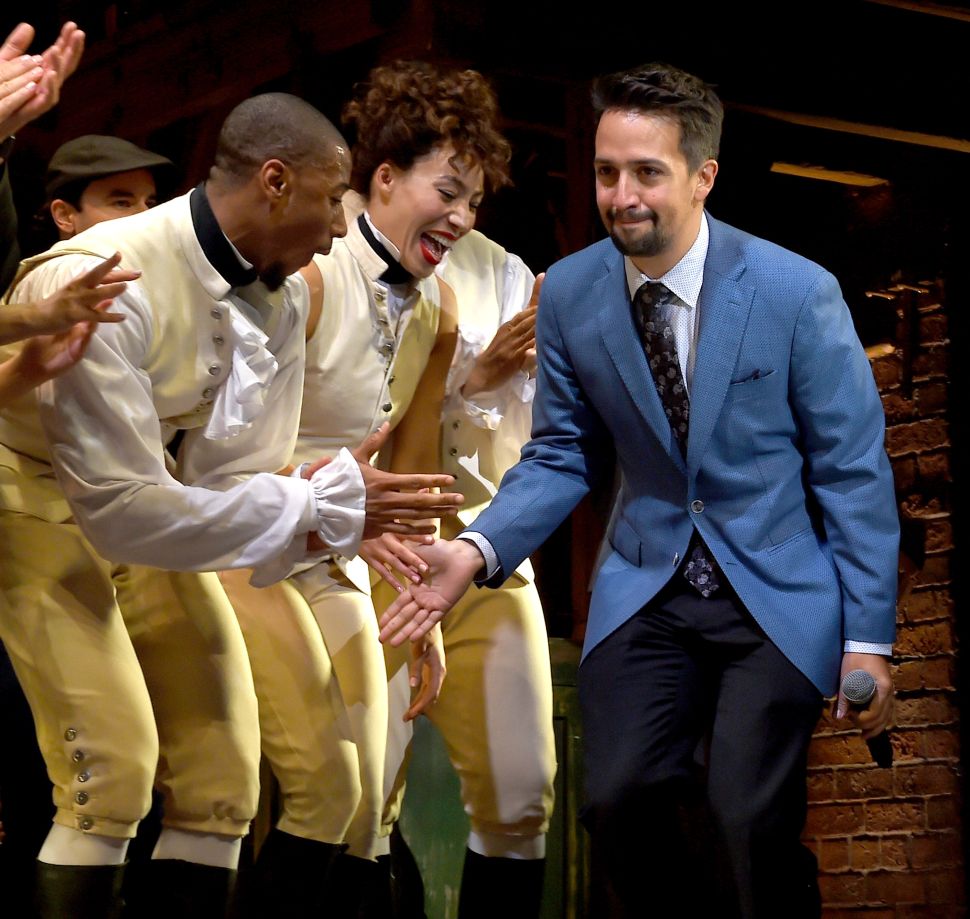