If you ask us, Marvel’s Luke Cage got off to a fantastic start over its first six episodes before proving to be not nearly as indestructible as its bulletproof protagonist.

Like every other Marvel series on Netflix, the show simply did not have enough quality story to support 13 episodes. Killing off Mahershala Ali’s Cottonmouth was a big mistake, and although lead Mike Colter kept everything on course, there just wasn’t enough oomph in the back half. The underwhelming big-budget team-up miniseries The Defenders didn’t help either, painting Luke as the party-pooper of the group.

So why will fans be interested in a second season? Because this is Marvel we’re talking about and everything they do these days draws a big enough crowd to justify the indulgence.

The second season of Luke Cage will premiere on Netflix on June 22. You can check out the first teaser trailer below.

Season two will pick up right after The Defenders as Luke has cleared his name in the eyes of a law and become an urban celebrity with a reputation for helping those in need. We don’t know yet who will be this season’s villain (as long as it’s not Diamondback, we’re good) or if Alfre Woodard’s Mariah Dillard and Theo Rossi’s Shades will be back. We assume the latter two will make an appearance at some point.

It’s probably safe to assume that Rosario Dawson’s Claire and Simone Missick’s Misty Knight will be present, which is good news. Season two of Jessica Jones premieres on Friday, and we’re hoping there’s at least a little crossover between the two series.

Here’s to hoping they beef up the story enough to last for 13 full episodes this time. 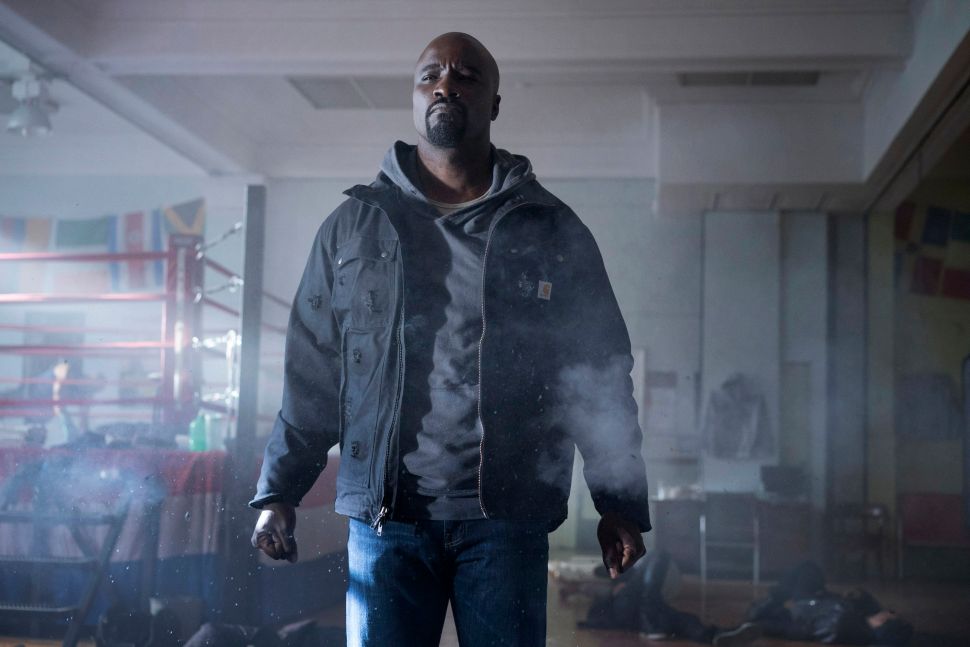