There are some roles in Hollywood that you just don’t mess with.

But what about newer roles that, while undeniably popular, don’t have the same sense of history behind them?

Robert Downey Jr. has been playing Tony Stark/Iron Man in the Marvel Cinematic Universe (MCU) for a decade now, but the actor will turn 53 in April and his contract is up after 2019’s Avengers 4. It’s entirely possible that he will sign on for more MCU appearances, but the writing on the wall suggests that moviegoers will be Iron Man-less in the near future.

Or, at the very least, audiences will be without Downey in the Iron Man suit.

According to emails leaked from the 2014 Sony hack, which have resurfaced in Ben Fritz’s new book The Big Picture: The Fight For the Future of Movies, Marvel Studios head Kevin Feige is open to re-casting the role as he sees the character as a revolving door of heroes.

“In a million years, I would never advocate rebooting… Iron Man; To me it’s James Bond, and we can keep telling new stories for decades even with different actors,” Feige is quoted as saying.

As difficult as it is to imagine anyone but the charismatic Downey in the role of Marvel’s resident genius, billionaire and playboy philanthropist, the character may be too valuable for Marvel to let go. That idea fits with the modern Hollywood landscape, in which blockbusters have become brand- and producer-driven rather than relying on star power.

It’s about the franchise name, not the name atop the marquee.

“That’s been proven true in the sense that they usually have not hired big-name stars or people who are hot at the time, and the movies have worked great,” Fritz added. “If that continues to be true then—these people they’ve built into big names. They’ve rebuilt Robert Downey’s career. They built Chris Hemsworth’s career.”

Outside of the solidly performing Sherlock Holmes pictures, Downey has a mixed track record when escaping the safety net of the MCU.

The Soloist and The Judge both failed to turn much of a profit during their box office runs. Things look even worse for Hemsworth, who has yet to really open a non-Marvel film successfully. From Red Dawn all the way up to this year’s 12 Strong, you’d be hard-pressed to find a real financial winner when he’s not playing Thor.

Audiences are less interested in original concepts than ever before but turn out in droves for the latest familiar IP blockbuster.

“Robert Downey Jr.’s star power is tremendous in the MCU because Iron Man has no peer, which is why Downey is important,” Paul Dergarabedian, senior media analyst at comScore, told Observer. “But then The Judge flops at the box office suddenly because the audience isn’t as keyed up for that. Audiences love Downey, but most passionately as Iron Man. The same goes for Chris Hemsworth.”

That’s not to say that the MCU’s unparalleled critical and commercial success is as easy as plug-and-play.

Anyone who steps into Downey’s shoes should expect immediate fan backlash and regression of box office dollars. But if Marvel invests the proper time and resources into developing worthwhile replacements—similar to what the studio has done for Falcon and the Winter Soldier, both of whom could step in for Captain America should his character be killed off—then audiences may come around eventually.

“These people are stars as far as they are associated with Marvel,” Fritz said. “I think Marvel can make more stars, but they might take a bit of a step back before they build quickly back up.”

Even if Avengers 4 marks the last of Downey in the MCU, fans should expect Iron Man to stick around for quite a while longer. 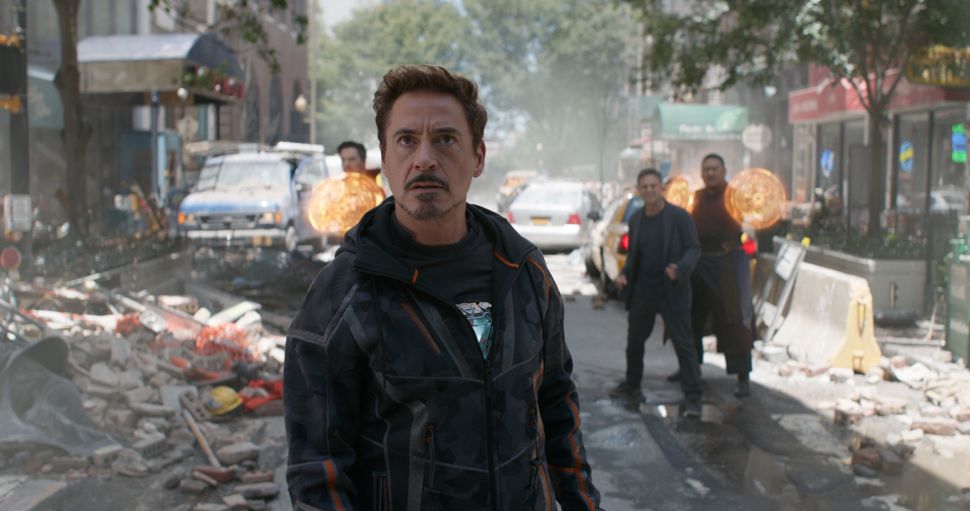