Lauer, who was fired by NBC News in November 2017 due to “inappropriate sexual behavior in the workplace,” has been trying to sell his 25-acre Sag Harbor estate since mid-2016, when he listed it for $18 million.

He first discounted the six-bedroom, 6.5-bathroom residence in September 2016, when he cut $1 million off the price tag. That still didn’t bring in an interested party and Lauer subsequently chopped the price once again, in June 2017, to $14.9 million.

But Lauer’s 8,000-square-foot shingle-style house, designed by architect Daniel Romualdez with interiors by Muriel Brandolini, has lingered on the market, sans any takers—perhaps buyers are now hesitant to reside in any space once occupied by Lauer. No matter what the reason, the house underwent a $2.15 million price cut, and is now listed for $12.75 million.

The home has an eat-in kitchen, dining room with hand-painted wallpaper and a great room with cathedral ceilings and barn beams, according to the listing held by Corcoran broker Susan Breitenbach. Outside, there’s a gunite pool, pool house with a wet bar and a tennis court.

This property was first listed around the time Lauer and his wife, Annette Roque, paid Richard Gere $36.5 million for his six-acre property in North Haven, Strongheart Manor. Alas, while Lauer and Roque have not confirmed any separation or divorce proceedings, in January 2018 it was reported Roque kicked Lauer out of their Hamptons house. He was apparently staying in a nearby home so he could keep spending time with the couple’s three children—and this one seems like it fits that exact description.

Even if someone does finally agree to buy this house, Lauer still owns yet another Hamptons property—he and Roque paid $3.5 million for a 40-acre horse farm in Mill in 2012. He will not, however, be traveling to and from the Hamptons as lavishly as he once did—when Lauer was co-anchor of Today, NBC reportedly agreed to foot the bill for his transportation from the studio to his Hamptons home via private helicopter. 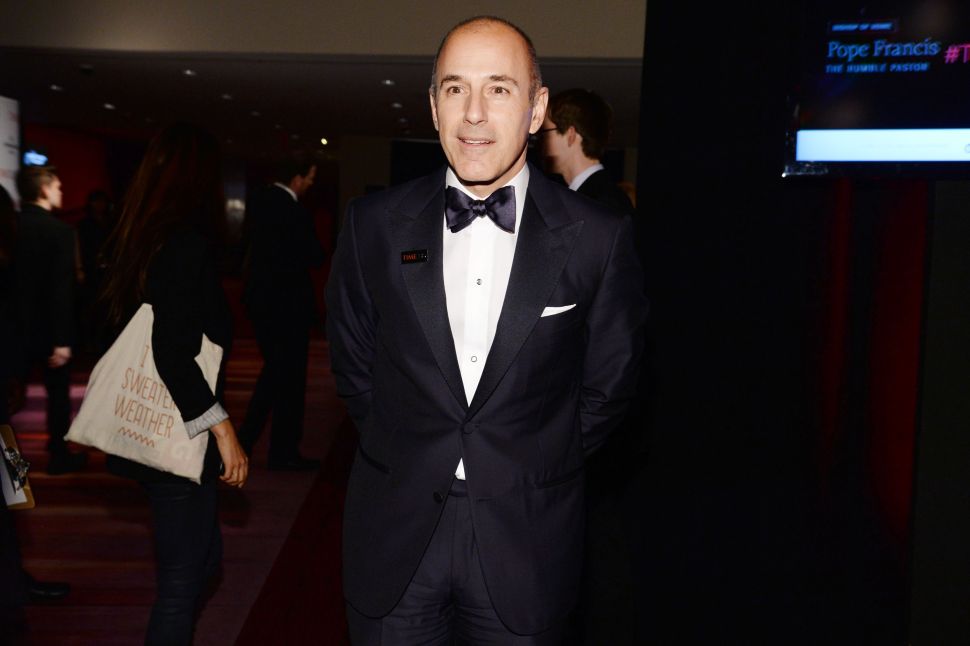