A veteran of the U.S. Marine Corp., Mark Geist trained Iraqi S.W.A.T. teams and fought in the Annex Security Team embroiled in the Battle of Benghazi in Libya. He worked as a bounty hunter in Colorado and advised the former Prime Minister of Iraq. His toughest battle, however, was against insurance companies when he returned home from overseas with injuries sustained in combat.

“When I got injured, the most I could get was a quarter of my pay [each month],” Geist, who supported his family on a six-figure salary while stationed in Libya, told Observer. “My workman’s comp didn’t take effect until probably a week or two after I got out of the hospital, and I was in there from September 12 until I think October 6. So I didn’t get my first check for another two or three weeks.”

Although the U.S. government covers the medical expenses for soldiers harmed overseas, there is a giant question mark over who foots the bill for private security contractors: Mercenary troops deployed by independent military firms.

“As private security contractors, we fall in probably the highest risk category,” explained Geist, noting that his health insurance premiums hovered around $15,000 every time he was deployed. “Because we work for government agencies where a clearance is required, we have a difficult time even having a voice.”

Geist’s tribulations are not isolated: Mercenaries are often entangled in financial disputes lasting years between military firms and insurance companies. One former contractor for the paramilitary empire Blackwater described receiving vaccinations from a clinic providing medical services for mercenaries, but later received bills from the company.

“My insurance could only cover part of the bills,” the ex-contractor told Observer on condition of anonymity. “A few months after that whole thing dropped off, almost a year later, I started getting letters from this clearance company saying I owed them money.”

Though the charges were later dropped after the clinic failed to provide documents when pressed by the military firm’s legal department, Geist and the former Blackwater contractor described other instances where mercenaries were stuck with steep payments.

In one case, a mercenary in Uganda reached a settlement after receiving poor medical treatment resulting in paralysis from the waist-down; in another, a contractor in Israel was forced to pay for medical treatment needed for spinal injuries because his insurance provider denied his coverage.

“He has a wife, he has five kids, and they’re denying him coverage, so, not only is he making about $5,000 a month from what he was making, now they’re going to take that away from him,” said Geist about the contractor in Israel. “There’s no repercussions back on the insurance company either.”

Earlier this month, two former private security contractors appeared in a Washington, D.C. District Appeals Court for a lawsuit against the defense firm Torres Advanced Enterprise Solutions LLC. After one of the contractors injured his back while stacking sandbags, Torres affiliates began to “threaten and intimidate [a medic supporting the contractor’s claims], insisting that he recant his support [for the workers’] compensation claim,” according to court records published by Business Insurance.

Aside from payment disputes, contractors are provided limited reintegration services back into society, as opposed to family support services offered to all U.S. veterans by the federal government.

“None of those services are provided,” added the former Blackwater contractor. “If you went into contracting, it’s because you liked doing the military job but also wanted to get paid and get treated like an adult. So, if you’re an adult, you should be able to go to Afghanistan and then go home and exercise the maturity to not kill yourself or your family or drive a car into a tree because you’re drunk.”

Mercenary warfare is embedded deeply within American history: French General Marquis de Lafayette was contracted to train George Washington’s forces. The Defense Base Act passed in 1941 provided private military contractors workman’s compensation. But even after mercenaries emerged from supporting ranks in the Korean War into the forefront of U.S. military occupation during the invasions of Iraq and Afghanistan, their protection remained antiquated.

“Now, with unconventional warfare, it changes where the battle takes place,” said Geist. “It takes place all over the world, so I think that’s why you see so many more injuries related to that, and they haven’t addressed that issue in the last 18 years since the war in Afghanistan started.”

The nonprofit provides private security contractors and their families proper services, while helping them navigate the mountains of legal work needed to receive workman’s compensation.

“We’ll guide you through the process of getting the paperwork filled out and file it with the Department of Labor. In the meantime we’re going to help the families out financially so they don’t have to go into debt or max out their credit cards,” explained Geist. “I just feel that nobody should have to worry about finances when they’re trying to take care of or bury a love one.” 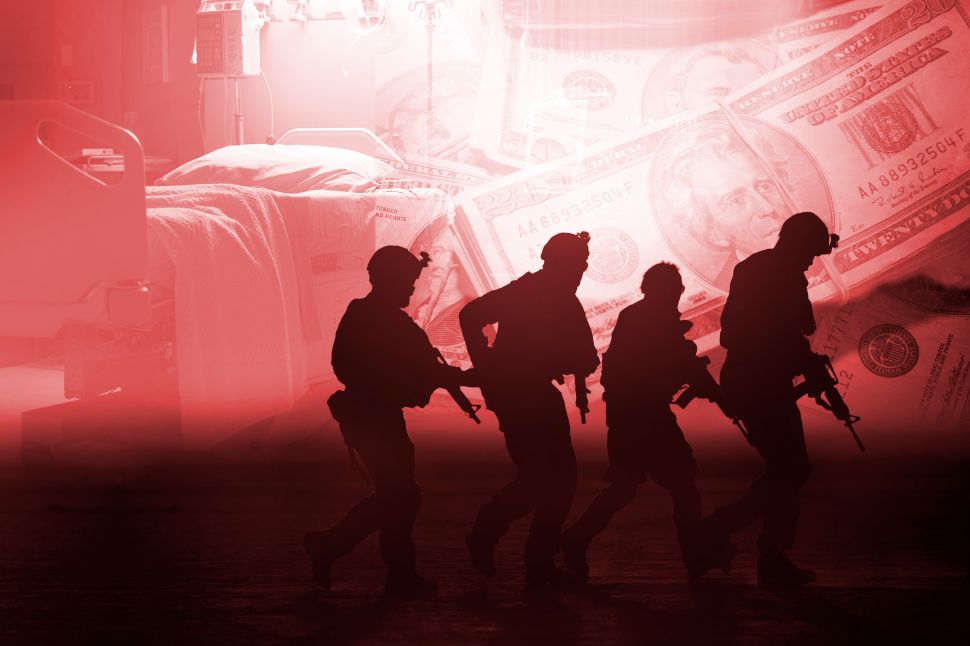