The president announced on Twitter that CIA Director Mike Pompeo will replace Tillerson, sparking yet another shake-up in a White House defined by turnover.

Though reports of Tillerson’s resignation circulated for months after the state secretary reportedly called the president “a moron,” Trump approved the decision last Friday. The diplomat cut his trip to Africa short on Monday to return to Washington, D.C.

“I am proud to nominate the Director of the Central Intelligence Agency, Mike Pompeo, to be our new Secretary of State,” Trump said in a statement provided to The Washington Post. “Mike graduated first in his class at West Point, served with distinction in the U.S. Army, and graduated with Honors from Harvard Law School. He went on to serve in the U.S. House of Representatives with a proven record of working across the aisle.”

“Gina Haspel, the Deputy Director of the CIA, will be nominated to replace Director Pompeo and she will be the CIA’s first-ever female director, a historic milestone,” noted Trump. “Mike and Gina have worked together for more than a year and have developed a great mutual respect.”

“Finally, I want to thank Rex Tillerson for his service,” added the president. “A great deal has been accomplished over the last 14 months, and I wish him and his family well.”

The decision to replace Tillerson comes before Trump’s upcoming talks with North Korean Leader Kim Jong-un over nuclear proliferation. Having been undermined by the executive branch, the State Department is currently paralyzed with numerous staff vacancies and a leadership that has seen diminished diplomacy under the Trump administration.

But Pompeo and Trump are both reported to maintain a comfortable working relationship.

“I am deeply grateful to President Trump for permitting me to serve as Director of the Central Intelligence Agency and for this opportunity to serve as Secretary of State,” Pompeo said in a statement. “His leadership has made America safer, and I look forward to representing him and the American people to the rest of the world to further America’s prosperity. Serving alongside the great men and women of the CIA, the most dedicated and talented public servants I have encountered, has been one of the great honors of my life.” 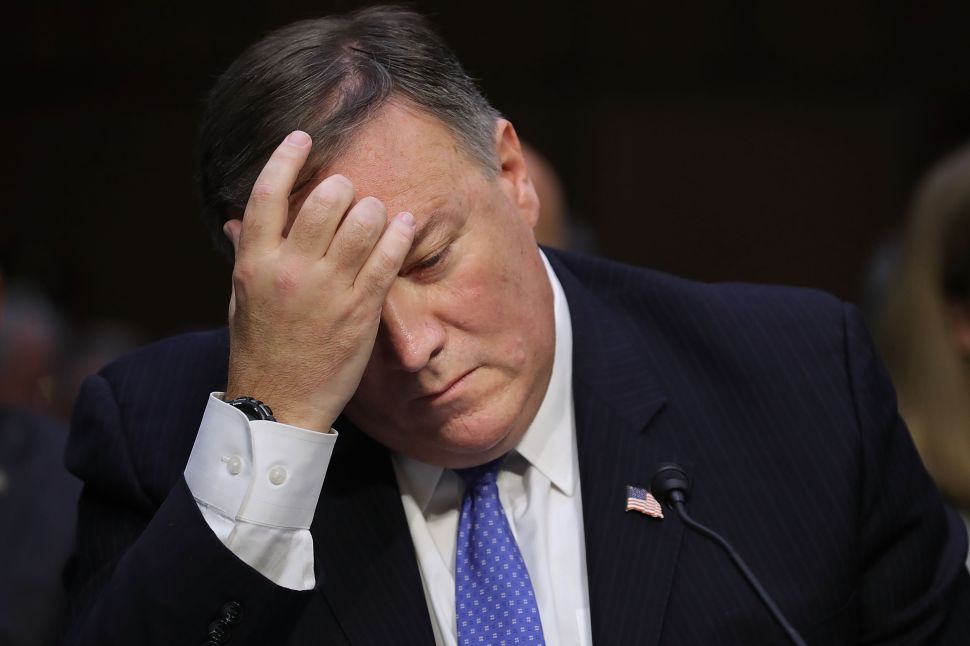