The announcement that Helen Molesworth was fired from her position as chief curator of Los Angeles’ Museum of Contemporary Art (MoCA) last Monday was met with outrage and confusion from the art world. Not only is she a well-respected arts professional with a strong curatorial vision, but her departure marks the third contentious and abrupt removal of a woman in a position of power at a major art institution in just seven weeks. Other high-profile parting-of-ways include the director of Museum of Contemporary Art (CAPC) in Bordeaux, France, María Inés Rodríguez, earlier in March and Laura Raicovich of New York’s Queens Museum at the end of January.

Critics have been quick to point out that the confluence of these three dismissals points to a systemic problem within institutions—and while all were individual incidents, they are certainly related.

Although the contributing factors to Raicovich’s, Rodríguez’s and Molesworth’s removal vary, there are three striking similarities between their situations. The first is a proven track record of critically acclaimed programming and improved institutional reputations in their tenures (all of which are roughly three years, give or take a few months). The second, is that they all share a history of tension with the governing forces of their respective museums. However, their abrupt removals also spurred public outcries and appeals, suggesting that something key is being lost in translation in the official communications sent out by the institutions regarding their departures.

Raicovich, who was appointed director of the Queens Museum in 2015, had long been on tense terms with the board of directors over her outspoken political stances. The struggle noticeably started when she made the executive decision to close the museum on Donald Trump’s inauguration day as part of the nationwide J20 Art Strike and only intensified when she nixed an event rental on museum grounds by the Israeli government at which Vice President Mike Pence was due to speak. She announced her voluntary departure on January 26. “There are so many big things that art and culture have to contend with that are so wrong in the world,” she told the New York Times that day. “That’s where my focus and energy needs to be, and at the end of the day, I just felt that my vision and that of the board weren’t in enough alignment to get that done.”

Rodríguez’s dismissal from her director post on March 6 came after clashes with staff who found her leadership “too demanding,” as reported in the French dailies Le Monde and Libération. But a contradictory article published in Rue 89 Bordeaux claimed that staff were “upset” by the news, prompting speculation that the city of Bordeaux—which oversees the museum’s operations—may be trying to shift the direction of the institution’s programming to be less political as the region gains traction as a tourist destination and in advance of its municipal elections.

An open letter signed by numerous artists, curators, and arts professionals such as Christian Boltanski, Dahn Vo and Hans Ulrich Obrist was issued shortly after the news broke, declaring that “We are stupefied by the announced dismissal of a consummate professional who is internationally renowned for her curiosity, the pertinence of her curatorial programme, and the quality of her exhibitions… Through this letter, we assert our attachment to the CAPC and to the programme of its current director. We call upon the French Minister of Culture, Françoise Nyssen, to respond to the situation in Bordeaux, where the survival of contemporary art appears to be at stake.”

Molesworth’s termination has proven the most socially catalytic of the three. Though her programming has been credited for jump starting MoCA after a disastrous few years for the museum under the directorship of dealer Jeffrey Deitch (in which both funds and significant board members were lost), she’s also made no bones about her disinterest in being a donor diplomat. She was also outspokenly opposed to routinely hosting shows of work by white men, as museums have traditionally skewed male-heavy. This came to fore when she opposed director Philippe Vergne’s 2017 exhibition of Carl Andre, a minimalist artist suspected to have abused and killed his wife, fellow artist Ana Mendieta. At the time, Molesworth said that the #MeToo political moment we’re in hardly seemed the time to celebrate Andre. Andre enjoys a celebrated career despite the allegations, which the art world seems to largely ignore or dismiss.

The straw that seems to have broken the camel’s back, however, was when she sent a subordinate curator in her stead to visit artist Mark Grotjahn, the proposed honoree at this year’s fundraising gala. Her disinclination to go herself was seen as a snub of the board’s wishes, which ultimately led to the artist pulling out of the gala—he himself noting he didn’t want to be just another in a long line of white male honorees. According to artist and MoCA board member Catherine Opie, Vergne said Molesworth was “undermining the museum” when she called to ask him about the termination.

The red flag of institutional sexism was hoisted soon after Molesworth’s termination. Jori Finkel of The New York Times was quick to note: “As chief curator of the Museum of Contemporary Art in Los Angeles for the last three years, Helen Molesworth has been a fierce advocate for artists who did not fit neatly into the white-male-blue-chip art world,” something that could have been said about Raicovich and Rodríguez each in their own way. “It happens across the corporate world: you hire men for their opinions and women for their compliance,” artist Nayland Blake, who has work in MoCA’s collection, told Artnet News when asked about the recent trifecta of events.

On social media, a composite image of Raicovich, Rodríguez and Molesworth began circulating with overlaid text explaining the quoted causes of their removal: “too political,” “too demanding,” “undermining the museum.” It was first shared on the Instagram page @notsurprised2018, an online movement that started last year to highlight sexism and misogynist abuses of power in the art world after numerous accusations of harassment came out against Artforum publisher Knight Landsman. The post took off like rapid fire, shared by prominent arts figures and publications, making it clear that many felt there was a double standard at play. It seemed obvious to many that these women were essentially fired for not pandering to often white, wealthy board members and donors and pushing the envelope on inclusive programming.

On Tuesday, Artnet news reporter Tim Schneider essentially raised the point that abuses of power could be perpetrated by women, too, and if female members of museum leadership like Molesworth and Rodríguez were indeed bullying staff and creating a hostile work environment, as some reports claim, then “if true, I think that’s a real problem” he wrote. The recent #MeToo movement has undoubtedly proven that men have gotten away with unprofessional workplace behavior for decades, centuries even, and that’s certainly not something desirable in a workplace paradigm shift based on parity.

We’re a long way from professional parity, however, both generally speaking and in the art world. A 2017 Association of Art Museum Directors study reported that although men still outnumber women in institutional leadership positions, among the 210 museums surveyed, there had been a five percent increase in female directorships from 2013—a small margin that has nearly been undone with the removal of Raicovich, Rodríguez and Molesworth. At institutions with budgets of over $15 million, female representation decreases as budget size increases and on average, female directors earned 73 cents for every dollar that male directors earned, which proves to be a seven cent decrease from 2013.

When such discrepancies remain and there’s an undeniable trend in abrupt leadership turnover, it’s worth thoroughly investigating the institutional infrastructure further rather than hoping due process is at play. “Like eggshells, fine china, and cheap furniture, the egos of powerful men are inherently fragile,” Schneider conceded in his Artnet opinion piece. On Twitter, @dookie_williams joked “I can’t believe Trump fired Helen Molesworth.” While it’s an off-the-cuff comment made in jest after the president’s administration has of late been continually bloodletting staffers, especially those who could have any intel or authority over the investigation into Trump’s possible collusion with Russia, the tweet raises a valid point—the phrase “you’re fired” has a lot of baggage these days. 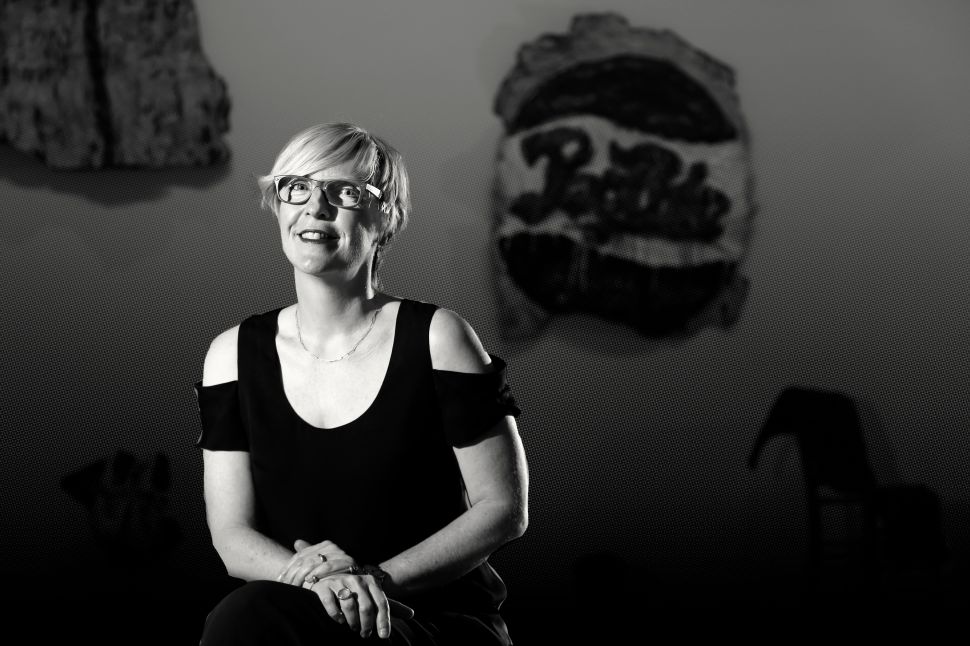