Nasdaq CEO Adena Friedman is ready for a more convenient work commute, and that means moving on from her Upper East Side apartment.

“Adena is spending more time in New York, and she’s decided to be closer to the Nasdaq offices,” Douglas Elliman broker Benjamin Dixon, who is sharing the $2.5 million listing for Friedman’s condo with Matthew Mackay, told Observer. The apartment is located on a high floor in the Dunhill, at 401 East 84th Street, and will hit the market later today.

In February 2018, Nasdaq signed a 145,000-square-foot lease at 4 Times Square, where it will be expanding its current space and appointing it as the company’s global headquarters. Friedman was named the president and CEO of Nasdaq in November 2016.

Friedman, who has two children with her husband, Michael, purchased the three-bedroom, 2.5-bathroom condo for $1.88 million in June 2009. “They liked being on the Upper East Side,” Dixon explained. “It had enough room for them, and you have everything you need right there.”

The current configuration of the Yorkville condo is the result of a two-unit combination, which was completed by the previous owners.

“The apartment is beautiful,” Dixon said. “It gets tons of light, with great open views.”

The kitchen is equipped with stainless steel appliances and black granite countertops, with a small breakfast bar that can seat two. There’s also a separate dining area, in addition to a full home office—not just a miniature desk crammed in the corner of a living room, as most New Yorkers have attempted at some point.

The master suite has a cozy sitting alcove as well as a large walk-in closet. “It’s a nice master bath renovation,” Dixon added. “Very spa-like.” The additional bedrooms both have marble bathrooms and substantial closets.

“It’s a great, open floor plan,” Dixon told Observer. “The master is nice and separated from the rest of the bedrooms by the office.”

The apartment also features not one, but two south-facing terraces—always a coveted commodity in New York real estate.

We don’t know much about where the nature of the apartment the Friedmans are heading to once they offload this space, aside from its general proximity near the hubbub of Times Square.

“It’s in New York, and it’s closer to Times Square than where they are now,” Dixon hinted, adding, “but it’s not in Times Square.” 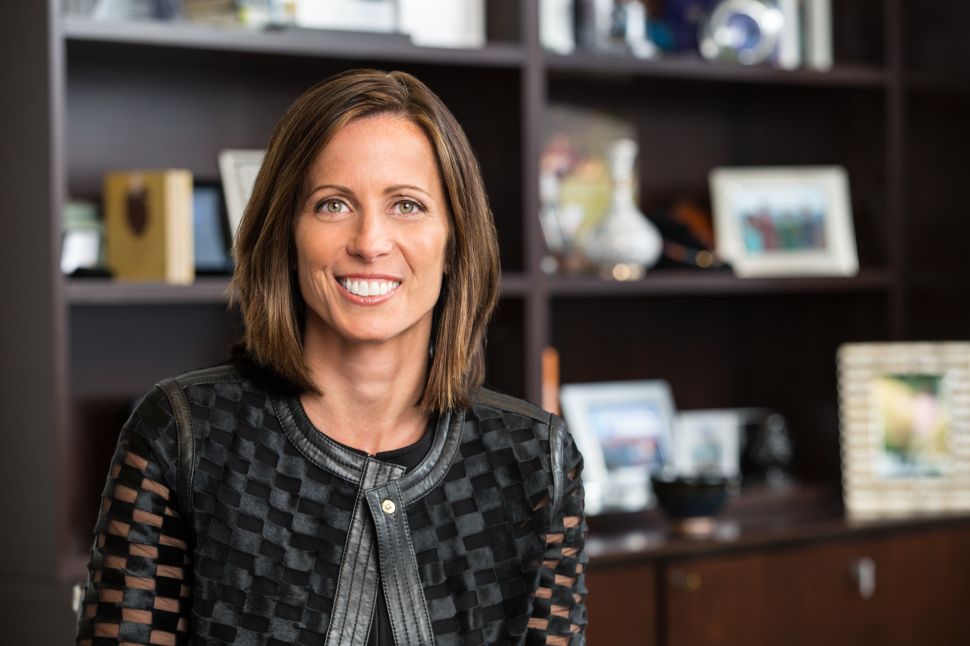