While efforts to fully legalize marijuana are moving slowly through the state legislature, New Jersey lawmakers are looking to expand access to the drug for medical use.

An Assembly panel is set to take up a bill on Thursday that would triple the number of medical marijuana dispensaries in the state, permit patients to buy edibles and add chronic pain as a qualifying condition for cannabis prescriptions, among other things. Another bill scheduled for a hearing would authorize medical marijuana for treatment of any diagnosed condition.

The legislation comes as Gov. Phil Murphy, a Democrat, looks to expand the state’s medical marijuana program and legalize the drug for recreational use. His proposed state budget expects $80 million in new tax revenue from both medical and recreational pot sales. But lawmakers are split over whether to fully legalize weed, with some favoring decriminalization instead.

Assemblyman Reed Gusciora (D-Mercer), a sponsor of one of the medical marijuana bills, said while some lawmakers are hesitant to legalize recreational cannabis use, there is “broad support” for medicinal marijuana in the legislature.

“This is about making it more comfortable for persons with the worst of illnesses and ailments,” he said. “They can get relief through medical marijuana.”

His bill (A3437) would allow an additional 12 dispensaries in New Jersey, up from the current limit of six. Only five dispensaries are open, serving roughly 15,000 patients enrolled in the program.

The legislation would also eliminate the requirement that doctors enroll in a state registry to prescribe medical marijuana, add chronic pain as a qualifying condition and remove restrictions that only let minors get edible products. Adult patients would also be able to get up to a one-year supply of medical marijuana, up from the current 90-day supply cap.

New Jersey enacted its medical marijuana program in 2010, but critics say it was hampered by former Gov. Chris Christie, who limited its expansion.

“We had an administration that was very hostile to the medical marijuana program. It was over-regulated, and many patients were turned away because of cost and inconvenience,” Gusciora said.

The Assembly Health and Senior Services Committee is scheduled to consider Gusciora’s bill 11:30 a.m. on Thursday along with a separate measure from Assemblyman Herb Conaway (D-Burlington). Conaway’s bill “authorizes medical marijuana for treatment of any diagnosed condition,” according a news release from Assembly Democrats. The bill (A3740) was not available Wednesday afternoon.

Murphy’s $37.4 billion budget includes $20 million in new revenue from an expanded medical marijuana program, as well as $60 million from recreational marijuana sales. A Treasury Department spokeswoman said officials looked at revenue figures from other states to project what New Jersey could bring in.

New Jersey’s medical marijuana program could also help launch a market for recreational pot should lawmakers eventually legalize the drug, experts say, because existing dispensaries would be able to sell marijuana more quickly. That could help Murphy meet his marijuana tax revenue goals, while retail shops go through a licensing process before opening.

“My sense is, where the legislature is going, is anybody who has a medicinal license is going to be grandfathered into the new legalization effort,” said Bill Caruso, a lobbyist and a founding member of New Jersey United for Marijuana Reform, a pro-legalization group. “They must … have enough supply for medicinal patients. But then they absolutely could start turning around and selling to an adult recreational market almost immediately.”

New Jersey Responsible Approaches to Marijuana Policy, a group that opposes legalizing recreational marijuana, supports changes to the state’s medical marijuana program “to ensure that patients are getting the medically-appropriate treatment they need,” a spokesperson said.

“In doing so, we hope that the legislature consults with experts from public health and the addiction field in implementing science-based policies,” Jeanette Hoffman, the NJ-RAMP spokesperson, said in a statement. “We stand ready to assist legislators with research and recommendations from other states as they move forward.”

In January, Murphy signed an executive order directing the Department of Health and the Board of Medical Examiners to review the state’s existing medical marijuana program and come up with recommendations for improvement. That review period is supposed to be complete by Saturday, a Murphy spokesman said. 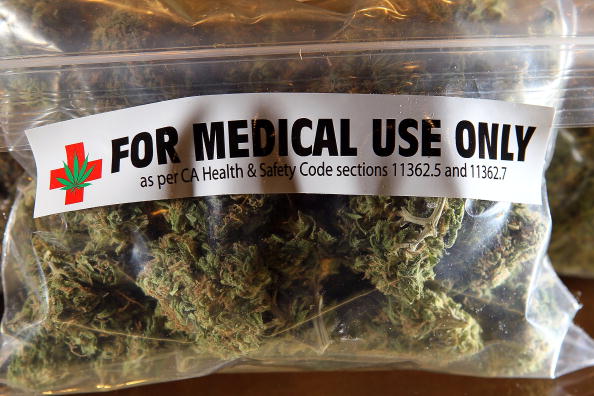