After the Gateway Pundit published an article claiming a school shooting survivor was “coached” into criticizing President Donald Trump, the outlet’s founder Jim Hoft saw his speaking slot rescinded at last month’s Conservative Political Action Conference (CPAC). But rather than apologize, Hoft has thrown his support behind another conference that will showcase controversial voices sidelined by the Republican Party.

Hoft is one of many “New Right” media figures slated to speak at the American Priority Conference: a new conservative gathering being held in Washington, D.C. at the Marriott Wardham Park Hotel in early September.

Held as a kickoff party to the 2018 midterms, the conference will galvanize “conservatives, center-right populists, economic nationalists and libertarians to discuss their ideas and prioritize agenda items within the political, policy and cultural arenas,” according to its press release.

“We’ve frequently discussed the ‘White Space’ that exists there; where the establishment wing of the party has been failing us. At this point, CPAC has become this pay-to-play monster that is completely underserving younger people,” the conference’s creative director, Lucian Wintrich, told Observer.

Although many CPAC speakers tailored their speeches specifically for college Republicans— with the campus conservative behemoth Turning Point USA staking a large presence throughout the conference—New Right millennials felt excluded from the conference, wandering the halls of the Gaylord Hotel and speaking more openly during after-parties.

“I don’t want to talk too much shit about Turning Point,” remarked Wintrich, choosing his words carefully to remain “diplomatic with the younger organizations.”

“The main ballroom of the event was relatively vacant aside from media people in the back,” he explained. “I think that’s telling, that’s a huge indicator of what’s going on and the direction CPAC is going in.”

“We have pretty much everyone we want,” added Wintrich. “We’re going to be slowly rolling those names out.”

Though Wintrich was arrested last November while delivering a speech titled “It’s OK to be White,” he denied that white supremacists like Richard Spencer will be given a platform at the conference.

Similar to Hoft, Wintrich was rebuked by many conservatives in February after a series of tweets implying the school shooting survivors from Parkland, Florida were crisis actors.

“I never said they were crisis actors,” quipped the organizer when asked about the controversy. “I said they were all from the theater department, and they were being trained by people who also ran the Women’s March.” 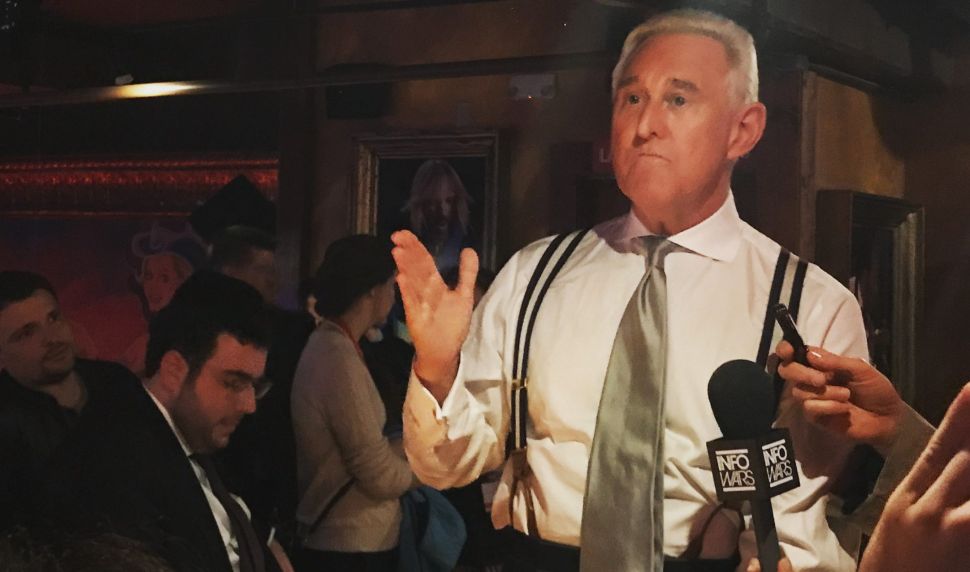