Bronx Councilman Ritchie Torres, who heads the City Council’s newly created Committee on Oversight and Investigations, is looking to enact a new law that would prohibit de Blasio from firing Mark Peters, the DOI’s commissioner, unless the City Council approves the move first.

The mayor currently has the power to fire Peters, who was appointed in 2014, but has to provide a written explanation. The proposed law would have the new Charter Revision Commission, which is set to be convened by the Council through local law, maintain and bolster the DOI’s independence.

In November 2017, the New York Post reported that de Blasio was allegedly looking to fire Peters, who served as campaign treasurer for his 2013 mayoral campaign, after Peters uncovered several transgressions in the de Blasio administration.

Those include a lead paint scandal at the New York City Housing Authority (NYCHA), the city’s involvement in a discussion about whether to lift a deed restriction on a nonprofit AIDS hospice, the Administration for Children’s Services’ (ACS) mishandling child neglect cases, and former Department of Correction (DOC) Commissioner Joseph Ponte and other agency brass using city vehicles for personal trips.

“Leave aside, for a moment, the sensationalism,” Torres said during a Council hearing on the DOI’s preliminary budget on Monday morning, referring to the Post report. “The article itself exposes a loophole in the structure of city government—one too glaring to overlook. There are no clear checks and balances that would prevent a mayor from unilaterally removing a DOI commissioner. The Charter contains no structural protection for the independence of DOI from political retaliation.”

The mayor appoints the DOI commissioner, but the Council has to confirm the appointment. Torres argued investigations have to be conducted “without fear or favor” in order to be effective.

“The fear of political reprisal, apart from the act itself, can be debilitating to the morale of an investigative agency,” he continued. “The only way to remove the fear of retaliation is to remove the ability to retaliate.”

The DOI depends on the mayoral administration for funding as well.

“The Charter should therefore be amended to empower DOI with an independent budget,” Torres added.

When asked if the mayor supports that independence, he declined to weigh in. But he did say the de Blasio administration has been supportive of the agency’s requests.

“Frankly, we have received considerable budget increases,” Peters maintained. “I believe that we have received reasonably fair funding. We have, with certain exceptions, received documents when we’ve demanded them.”

Torres, who has been critical of NYCHA and the mayor, described the role of the Oversight and Investigations Committee as both probing and overseeing city government but also defending “the integrity and independence of those who do.”

He seemed to be making a reference to President Donald Trump’s clashes with former Federal Bureau of Investigation (FBI) Director James Comey and Deputy Director Andrew McCabe, both of whom he fired. He also appeared to be alluding to Special Counsel Robert Mueller, who is probing Russian interference in the 2016 presidential election. Trump had reportedly ordered the firing of Mueller last June but reversed course after the White House Counsel threatened to resign instead of fire Mueller.

“Even though the administration of President Donald Trump is without rival in the contempt it has shown for law enforcement and the media, here in NYC, we have seen a less sensational but nevertheless insidious assault on the independence of NYC’s oldest law enforcement agency, the Department of Investigations and local investigative journalism,” he said.

“I have been troubled by both public and private attempts at discrediting the DOI commissioner as well as investigative journalists, who have drawn the ire and therefore the political disfavor of City Hall,” Torres explained, referring to interviews in which de Blasio dismissed reporters and the DOI over the lead paint scandal at NYCHA.

The DOI was formed in 1873 as the Office of the Commissioner of Accounts following a scandal in which Boss Tweed—who headed New York’s Tammany Hall political machine—looted city funds. The agency has more than 700 attorneys and investigators and is charged with investigating city agencies, officers, elected officials, city employees, and individuals who do business with or receive benefits from the city. As of 2014, the DOI is required to serve as the inspector general for the NYPD, and in 2015, NYC Health + Hospitals was included in the DOI’s purview.

Manhattan Councilman Keith Powers suggested a fixed term for the DOI commissioner. Peters noted the FBI director has a 10-year term because it takes “that much time to do a good job.”

“I’d like to believe I’ve done a good job in my first four years here [but] I am acutely aware of…all of the things I have not yet done and all of the changes that have not been made…because change takes time, investigations take time,” he admitted during the hearing.

Indeed, the commissioner warned major investigations take anywhere from 16 to 18 months to carry out. But don’t expect him to leave the agency anytime soon.

“You’re stuck with me for a while,” Peters declared. “I’m hopefully not going anywhere.” 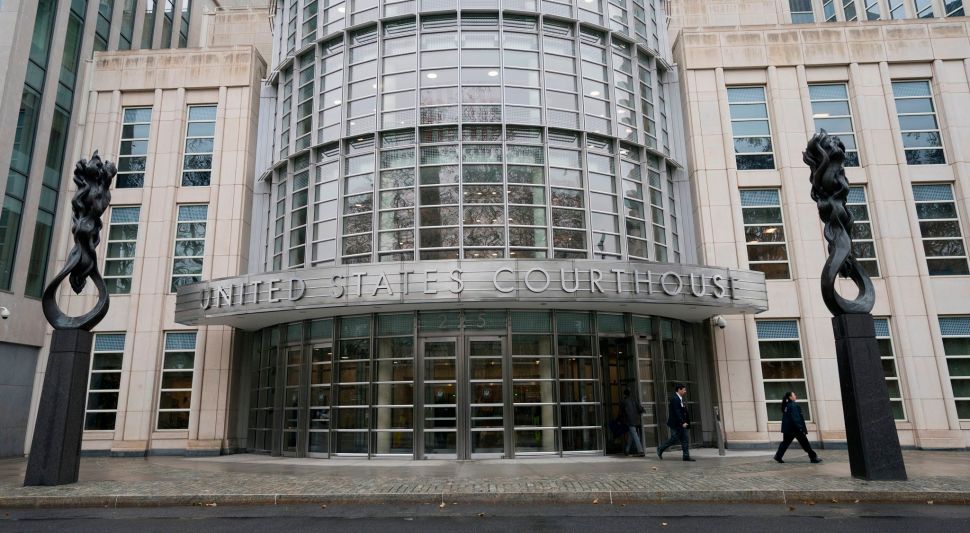