For New Yorkers who dread having to work during their free time, there may be hope.

New York City could become the first American city to encourage a work-life balance by prohibiting bosses from requiring employees to be on call 24/7.

The “Right to Disconnect” bill, introduced by Brooklyn Councilman Rafael Espinal on Thursday afternoon, would make it illegal for private employers with 10 or more employees to require their employees to answer work-related calls or emails outside of their official work hours. Employers would have to establish a policy informing workers of their rights.

“I think that because of technology, the lines have been blurred on when the work day begins and when the work day ends, and there are employers who take advantage of that fact,” Espinal told Observer at City Hall on Thursday afternoon. “So I think this is a win-win, not only for the employee but also for the employers because their employees, with that time… [they can] decompress, reduce anxiety and be able to perform better when they get to the work the next day.”

The legislation does not prohibit employers or employees from communicating or doing work voluntarily.

“What this means is that you, as an employee, will have the power to decide whether you want to continue working after you leave the office,” Espinal continued.

The city’s Department of Consumer Affairs (DCA) would be tasked with probing complaints and issuing fines. A spokeswoman for Mayor Bill de Blasio said the city is reviewing the bill.

An employer would be fined $250 every time it is found to have required an employee to respond after hours. If the employer retaliates, the employer will have to provide full compensation for what the employee lost, as well as $500.

And if the employer is found to have fired an employee, the employer will have to give full compensation for what the employee lost, as well as $2,500 and possibly have to re-hire the employee.

A spokeswoman for Espinal told Observer the fines are subject to change during the hearing, which will occur before the summer starts.

A previous bill applied the requirement to city employees but did not move forward in the Council. Espinal said he had to introduce a separate bill in order to have the stipulation apply to the private sector.

He has not discussed his bill with the mayor’s office or the DCA yet but will be pitching it to other Council members.

“Working New Yorkers are really excited about the prospects of this becoming law,” Espinal added. “There are employers who’ve expressed concern about what this would mean to them, but I think it’ll come down to understanding what the limitations are and understanding that this will not tie an employer’s hands from being able to reach out to their employees.”

A 2015 report by City Comptroller Scott Stringer found that full-time workers in the city have longer workweeks than those in 29 other major American cities when commuting times are factored in. The study found that lower-wage workers have the toughest commutes.

There are no limits on the number of work hours per day (except for children under 18) or any regulations regarding how early in the morning or how late in the day an adult employee may work, according to the official website of the New York State Department of Labor.

But in some industries and occupations, an employee has to get 24 hours of rest in each calendar week, the website states. That rule applies to employees in factories, mercantile establishments, hotels (except resort/seasonal hotels) and restaurants (except small, rural restaurants) and to elevator operators, watchmen, janitors and superintendents.

Outside of New York City, France, Germany, Italy and the Philippines have similar laws.

In January 2017, France passed a law that mandates that companies with 50 or more employees work out new rules regarding work outside of work hours. If they are unable to hammer out an agreement, the company is required to issue a charter that outlines when employees are able to disconnect from work.

“A lot of the corporate companies there were already independently starting implementing this before a law was even taking shape,” the councilman noted, referring to Europe. “I think in the U.S., we don’t see that much of a willingness.”

The South Korean government also introduced a new initiative that will shut down all computers at 8 p.m. on Fridays in an effort to allow workers to leave work on time.

Julianne Boucher, 31, a dog walker who lives in the Bay Ridge section of Brooklyn, told Observer that her job does not necessarily run on a 9 a.m. to 5 p.m. schedule.

“We are considered open from 9 to 6 and so then at 6, I wanna turn off my phone because all day, I’m emailing clients and I’m using our apps… I get total app fatigue,” Boucher said.

“I think people are way connected to their phones, way too much, and they don’t see enough of their family or have enough personal time,” Boucher added. 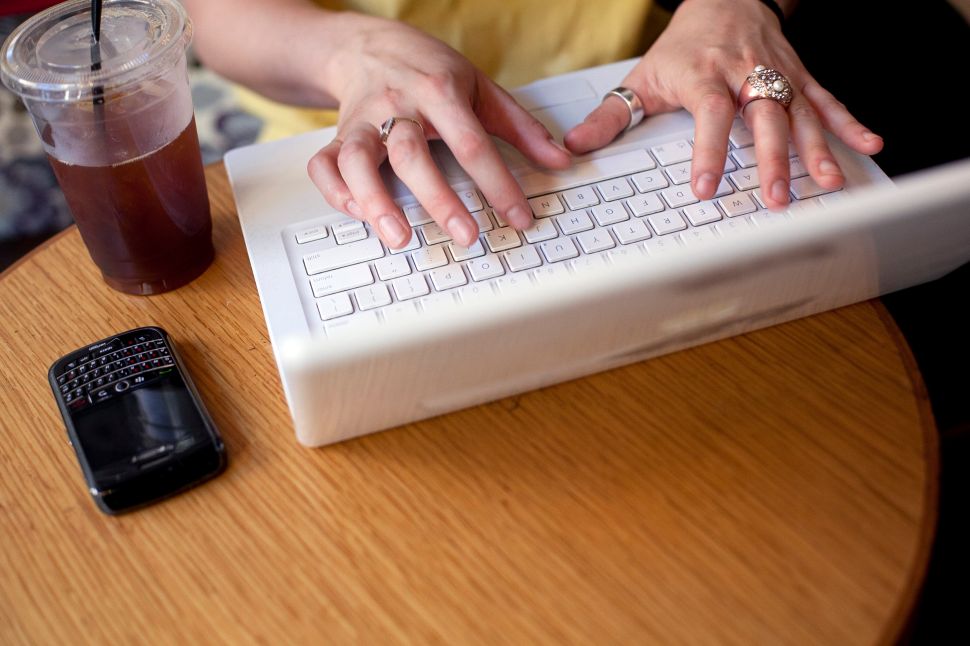