Months after Mayor Bill de Blasio unveiled a comprehensive strategy for killing New York City rats right where they feel most comfortable, the second “rattiest city” in the country is looking to take an even more aggressive approach to get rid of the nasty pests once and for all.

This week, the city’s Department of Health and Mental Hygiene (DOHMH) launched dry ice extermination in parks to prevent secondary poisoning for hawks and wildlife —a method the Environmental Protection Agency (EPA) has approved for use as a pesticide. In 2016, DOHMH started a limited dry ice pilot project at Columbus, Tompkins Square and Seward parks in Manhattan where active rat burrows dropped from 60 to two, 368 to 20 and 13 to two, respectively.

And in 2014, DOHMH piloted the Rat Reservoir program in six sites with high concentrations of rats in Manhattan and the Bronx. The program targets rat colonies and conditions favorable to rats coming from sidewalks, catch basins, tree pits and parks and buildings. A year later, the program was expanded to 45 communities.

In just over two years, 10 of the 45 Rat Reservoirs—more than 20 percent—launched in 2015 have “graduated,” according to Corinne Schiff, DOHMH’s deputy commissioner of environmental health. The city has achieved an 80 percent reduction of rat signs and conditions conducive to rats in 15 of the parks within the rat reservoirs.

At a City Council hearing on Tuesday morning, the Council unveiled a package of eight bills seeking to combat the rat problem.

“We are confident that this comprehensive effort to address neighborhoods burdened by high rat activity will achieve long-term improvements,” Schiff said. “But we can only truly succeed if everyone works together. The suite of legislation to be introduced will support key parts of the program and is fundamental to its success.”

One bill, introduced by Manhattan Councilwoman Margaret Chin, would allow DOHMH to designate “rat mitigation zones” and mandate that a building with nine or more dwelling units put garbage out for collection between 4 a.m. and 6 a.m. Another bill, also introduced by Chin, issues violations at food service establishments when liquid is left behind after garbage collection.

“Every garbage bag is full of food, and it’s just there for 10 hours or more every day,” she said. “And so that’s why we’re trying to do this pilot, to see if we can limit it to early mornings so that the garbage will only sit there for maybe two hours before it gets picked up.”

She noted that since the beginning of last year, 354,360 homes and businesses failed rat inspections and an additional 22,493 presented problematic conditions for being at risk for rat infestations. She credited the city with mandating that rat exterminations occur before demolition permits are granted.

“By doing so, we will ensure that residents remain safe and healthy by making sure that large populations of rats are eliminated, instead of given an opportunity to relocate or expand,” she said. “We can and we must continue to invest in our city’s future by expanding existing policies and creating new regulations to drastically reduce the number of rats.”

She also pointed to the psychological impact of people running into rats in their daily life, as well as the public health risk, referring to a recent outbreak of leptospirosis, a rare and fatal disease the can be tied directly to rats.

When James asked Sanitation Commissioner Kathryn Garcia if there was any type of birth control for rodents, she said one company is promoting such a birth control but that “there’s not a lot of data that shows that it’s effective right now.”

Other bills require DOHMH to submit an annual report on the progress of rodent mitigation in rat mitigation zones and requires food service establishments, manufacturers and wholesalers to separate and recycle organic waste. Another bill increases fines for repeat violators of the city’s littering law.

Rats have been infesting the city since the 1700s and have even contributed to the Big Apple’s status as the dirtiest city in the nation.

It is unclear how many rats currently live in New York City. Past estimates have put the rat population at anywhere from 250,000 to tens of millions, with the most recent estimate putting it at two million. There are 8.5 million people living in New York City.

And there appears to be a class distinction among New York City rats as well.

In November 2017, a Fordham University graduate student and his colleagues studied the DNA of rats in Manhattan and discovered that the rats that live uptown—north of 59th Street—and downtown—south of 14th Street—are genetically different and separated by Midtown. While Midtown has rats, it does not have the amount of household trash and backyards that rats prefer, they found.

Schiff said the city has had success in curbing the rat population in rat reservoirs.

“We do monitor those signs of rats and watch those decline, and we’re seeing some real successes,” she said.

The city has a “Rat Information Portal,” a web-based mapping app where user cans view rat inspection data by address or by borough, block and lot. In 2017, DOHMH completed 24,602 inspections in the rat mitigation zones and found 3,771 properties—15.3 percent—that had some signs of rat activity. The department wants to bring failure rates down to less than four percent by the end of 2018.

As part of the department’s “rat indexing” program, inspectors walk block-by-block to check every property for signs of rats and conditions conducive to rats, and they inspect properties in response to complaints. When rat signs or rat conditions are observed, property owners receive Commissioner’s Orders requiring them to remediate or otherwise face fines.

Garcia noted that over the past few years, DSNY personnel observed an increase in illegal dumping incidents throughout the city.

“DSNY believes that increasing the criminal and civil penalties imposed for the act of illegal dumping will significantly help deter this unscrupulous activity by individuals wishing to avoid payment of proper disposal costs for their unwanted material,” she said.

“The expansion of the rebuttable presumption to cover household or commercial refuse improperly placed in other publicly- or privately-owned areas will give DSNY another important tool to combat this quality-of-life issue,” Garcia continued. 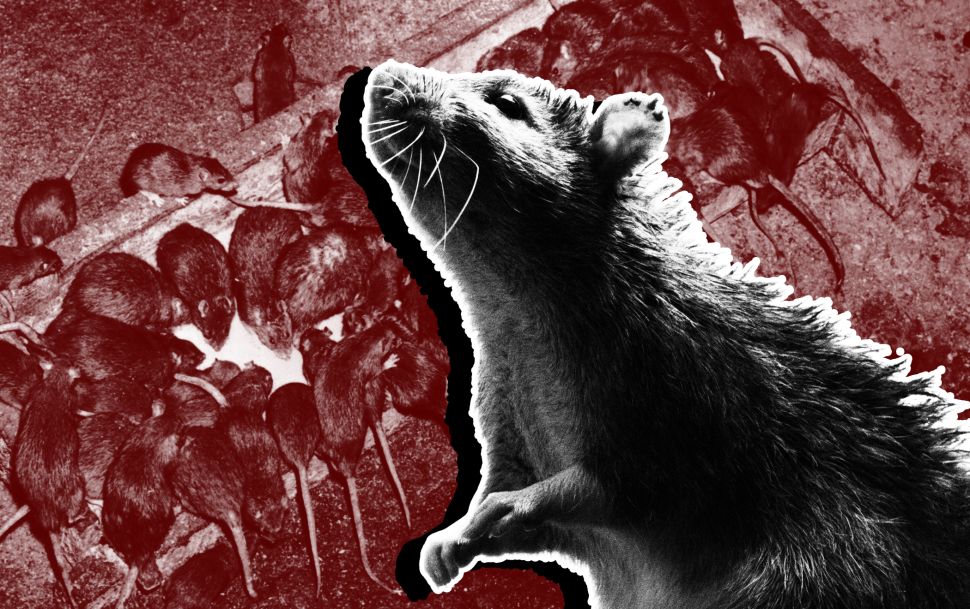