New York is looking to require physicians to notify the state Department of Vehicles (DMV) about certain medical conditions or incidents that might cause a driver to suddenly lose consciousness or control of a vehicle—a move lawmakers say will help get dangerous drivers off the street but members of the medical community warn needs to be thought out carefully.

The legislation would create a mandatory reporting system and authorize the DMV to suspend licenses for individuals who fall in this category.

Last week, one-year-old Joshua Lew and four-year-old Abigail Blumenstein were fatally struck in a crosswalk by Dorothy Bruns, 44, who was driving. Their mothers, who were with them, were injured—one critically—but survived. Bruns, who said she had a seizure at the time of the crash, had her license suspended after numerous violations.

The legislation’s sponsors—Brooklyn State Senator Jesse Hamilton, part of a group of breakaway Democrats in a power-sharing arrangement with the Senate GOP, and Brooklyn State Assemblyman Robert Carroll—unveiled the bill last week.

Carroll—who represents the district where the Park Slope crash occurred—told Observer on Friday morning that he has been in talks with the offices of Mayor Bill de Blasio and state Assembly Speaker Carl Heastie, as well as safer street advocates. And he is looking to work with medical experts.

“In the bill drafting process and legislative process, very rarely do bills as they’re introduced don’t get some fine-tuning,” he said. “I think the real broad strokes of this bill are laid out quite clearly and follow the laws that New Jersey and California do.”

The focus, he explained, is on individuals with chronic, impairing ailments that cause seizures, sudden unconsciousness or impairment to control one’s motor functions.

He maintained personal medical records would not be sent to the DMV without any discretion and that there would be an appeals process. Carroll, an attorney, said that attorney-client and doctor-patient relationships both center on confidentiality.

“These are profoundly important relationships to keep private and sacrosanct but… at the same time driving is a privilege, and it is a license that the state offers and the state has the right to revoke that license if you believe you cannot operate a motor vehicle safely,” he continued.

In a statement, Hamilton said the proposal is similar to “duty to warn” and “duty to protect” laws by which mental health professionals abide. Dr. Howard Zucker, the state’s health commissioner, would develop notification rules: what medical conditions rise to the level of reporting, how reporting occurs and the use of confidential health information.

“This proposal advances the same concept, so that public health authorities (and when appropriate, the DMV) have an opportunity to act before tragedy strikes,” he said.

A DMV spokeswoman did not immediately respond to a request for comment on Friday.

Since 2015, there have been seven pedestrian fatalities in four crashes involving a driver who had a medical episode in New York City, according to the city’s Department of Transportation (DOT).

As of of March 14, there have been 36 traffic fatalities in NYC this year, the DOT said, noting that the data is preliminary and reconciled throughout the year. Of those 36 fatalities, 23 were pedestrians, two were cyclists, two were motorcyclists and nine were motor vehicle occupants.

The number of pedestrian deaths has dropped over the years.

The physician requirement is part of a legislative package that includes a bill authorizing the city to install speed cameras at an additional 150 school zones, which would increase the number from 140 to 290.

The legislation would also change the definition of a school zone to allow the DOT to tackle speeding on streets that are near a school instead of only the street or streets on which a school is situated. Another bill would increase the fees on red light and speed camera violations.

“Our goal is to get these proposals passed in this legislative session in Albany by June,” de Blasio said on Thursday morning. “It’s as simple as that.”

Charles Rothberg, MD, an ophthalmologist who is president of the Medical Society of the State of New York (MSSNY)—an organization of about 30,000 licensed physicians, medical residents and medical students in the state—commended the mayor for trying to find a solution.

He recommended the mayor convene a blue ribbon panel to discuss how the medical profession can help.

“I would hope that either he or the legislators that are introducing the legislation on his behalf would work with groups such as mine to determine what it is that physicians can and cannot do,” Rothberg told Observer. “Because the effectiveness of their intervention will depend on how effective a remedy they choose.”

He noted that Bruns, the driver in Park Slope, was said to have multiple sclerosis (M.S.), which has a low incidence of seizures.

“If all that she has is M.S., the doctor might not have suspected that she was having seizures,” Rothberg continued.

Still, Rothberg noted the number of fatalities that occur in crashes involving individuals with a dangerous medical condition is alarming.

“If these are uncommon but lethal, that’s worse than if they were more common and caused less injury, I suppose,” he added.

He said it is possible that physicians are already doing a good job as volunteers—a circumstance he said would render a law mandating it unnecessary. One solution, he suggested, could be to distribute guidelines on what doctors should be more aware of.

“I’m an ophthalmologist and that’s something patients talk about all the time,” Rothberg said. “But do other specialists, do people discuss their driving with their neurologist? I’m not sure… if you’re gonna propose legislation, you want to target it where you’re most likely to succeed.”

As to privacy concerns, he said there is precedent for doctors sharing medical information (for example, government and insurance carries) that is defined in releases patients sign.

But he said there are often breaches, wondering about scenarios such as an employer or prospective employer accessing motor vehicle records.

“I don’t know that that’s a reason in itself not to pursue what the mayor wants to pursue but like everything else, I think you have to be very careful,” he warned. 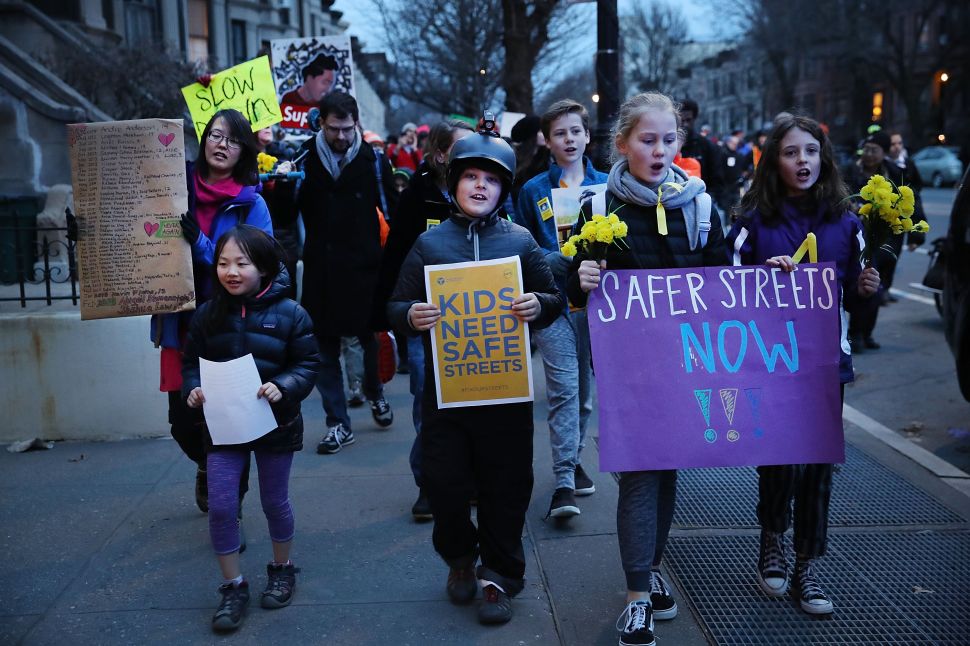